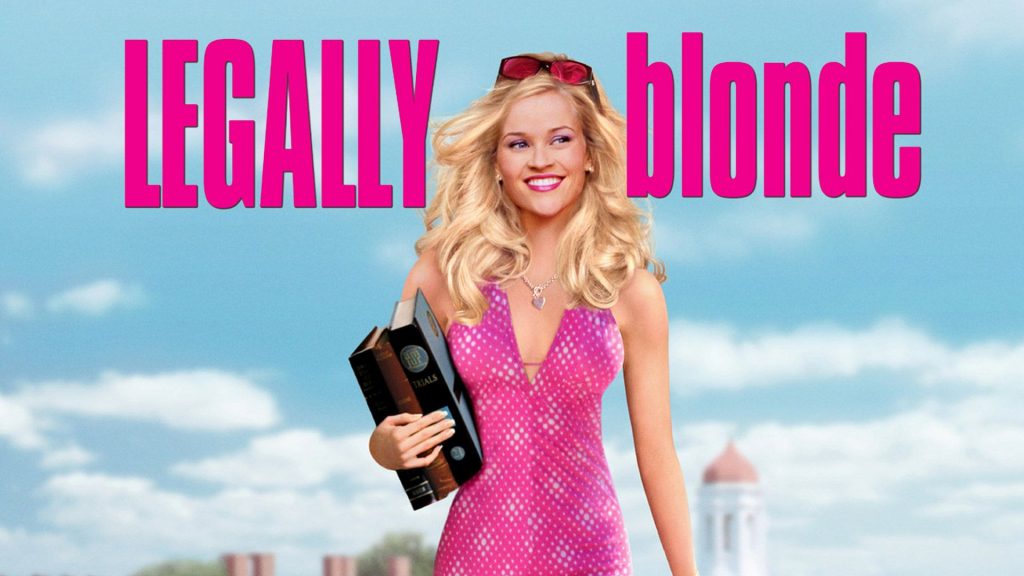 ‍Reese Witherspoons stars in Legally Blond, a film about a young woman pushing the limits and becoming a lawyer. Photo courtesy of Wallpaper Access.

With it being Women's History Month, I thought it would be a good idea to watch iconic movies that prominently feature strong female characters. When I asked people what movie I should watch almost everyone said “Legally Blond”.

“Legally Blond” was directed by Robert Luketic and was released on July 13, 2001. It’s rated PG-13 for profanity, sex and nudity.

This comedy romance is about a young student who gets rejected by her long-time boyfriend then decides she should attend his university so they can sustain the relationship, only to find out that he’s engaged to another woman and now she's stuck at Harvard.

The movie stars Reese Witherspoon as Elle Woods, Luke Wilson as Emmet and Selma Blair as Vivian Kensington. “Legally Blond” had a budget of 18 million dollars but grossed 20 million dollars on its opening weekend. Overall the movie has grossed 96 million dollars in the US.

Reese Witherspoon got to keep all of her costumes she wears in the movie. Witherspoon also wears 40 different hairstyles throughout the movie.

My sister was really the one who encouraged me to watch “Legally Blond” because it was a staple of her childhood and she loves it. I never watched it with her but I knew she was excited for me to experience it for the very first time.

I didn’t know much about it, but I knew it starred Reese Witherspoon and that was enough to make me watch it. Once I started watching  I knew I wasn’t going to like it. The whole dumb blond character doesn’t really sit right with me, but once the part about her being a lawyer starts to take effect I became more invested in her character.

I thought that the second part of the film was very entertaining after that. I thought that it was smart how they tied how she was a girly girl to how she eventually won her case. I like when movies bring back themes from the first act and have it pay off in the end.  Grilling the defendant with the perm question in the end was such a perfect payoff to the whole first half.

I’m not inclined to watch it again, but this is a great example of how women were starting to be perceived in the early 2000’s.