Media headlines and highlights in June 2021 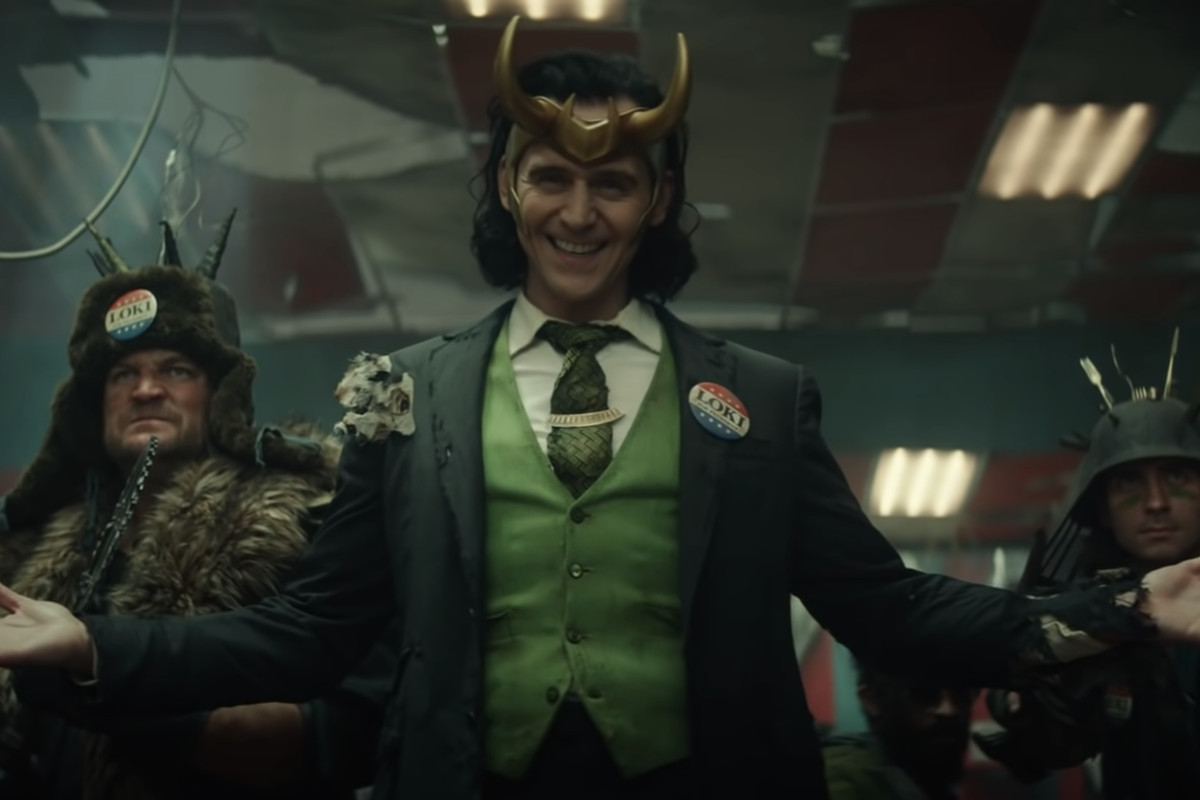 Loki involves time travel, and it looks like it will probably get pretty weird. I consider that a plus. Photo Courtesy The Verge

“Stonefly” is described by indie developer Flight School Studio as “a chill and tranquil action-adventure game about self-discovery, legacy, and belonging.” Players build and customize their own mech before going on adventures in a beautiful wilderness, fighting bugs. Notably, players do not kill the bugs they encounter, simply knocking them aside. The game looks stylish and low impact, promising a coming of age story for its protagonist, an inventor named Annika. The world is colorful, the bugs are cute, and the developers promise a wide range of abilities, allowing players to customize their mech to suit their playstyle. “Stonefly” will be available on all consoles and PC.

Earlier this year Marvel Studios’ “WandaVision” and “The Falcon and the Winter Soldier” both released exclusively on Disney+. Both were spectacular. “Loki” seems poised to keep that momentum, while also potentially getting weirder than anything else we’ve seen from the Marvel Cinematic Universe. A buddy comedy starring Tom Hiddleston as an alternate universe variant of Loki and Owen Wilson as a time cop, the two will be diving through time correcting broken timelines. Hiddleston has always stolen the show as Loki since the character’s first introduction in 2011’s “Thor,” and seeing a whole lot more of him is a pretty big selling point for the show on its own. Perhaps most interesting will be seeing how this series affects the greater universe, introducing the Time Variance Authority and building out the new Loki Variant who was only briefly introduced in 2019’s “Avengers: Endgame.”

Based on the other musical by Lin-Manuel Miranda, the creator and star of “Hamilton,” “In the Heights’ is easily one of the most exciting films coming out this summer. Hollywood doesn’t make nearly enough musicals, but the music and the dancing featured in this film’s trailers look incredible, innovative, and triumphant. The film has been screening to press for weeks, and reviews have been almost universally positive, and the film currently holds a 99% on Rotten Tomatoes. “In the Heights” follows Usnavi, a young man with big dreams in Washington Heights, a largely Dominican neighborhood in New York City. The film will be available both in theatres and streaming on HBO Max.

“The Conjuring: The Devil Made Me Do It” releases Jun. 4 in theatres and on HBO Max. This is the first release from The Conjuring Universe in nearly two years. So far, the mainline “Conjuring” films, following Ed and Lorraine Warren, have been very good, with a surprising amount of heart. “The Devil Made Me Do It” changes up the formula, moving away from a single haunted house to a much broader horror experience, centered on a court case where the defendant pled demonic possession.

“Luca,” releasing Jun. 18th, is the latest from Pixar Studios, hot off 2020’s successes in “Onward” and “Soul.” Unfortunately, Disney has chosen to eschew a theatrical release for the film, and it will only be available via Disney+. The film follows two boys going on adventures in a small Italian town. The boys are also sea monsters, who transform if they get wet. Pixar films are probably the safest bet in entertainment, as even their worst films are great movies, while their best are industry-defining masterpieces.

“F9,” releasing Jun. 25 exclusively in theatres, is the ninth entry in the “Fast and Furious” franchise. Being the ninth film, it needs little introduction. There will be cars, they will go fast, it will be very exciting. Trailers seem to suggest they may go to space, that would be pretty cool.

Paramount+ is reviving “iCarly,” the Nickelodeon teen sitcom about a group of kids making a web show in their brother’s attic. Most of the cast is back, nine years later, they rebuilt the set, and it streams exclusively on Paramount+ on Jun. 17.

“Ratchet & Clank: Rift Apart” is the first game that we’ll see really show off the power and abilities of the new game consoles. Exclusive to PlayStation 5, the game uses the speed of the solid-state drive to load radically different environments almost instantly, allowing players to hop between dimensions live in gameplay without loading screens. It’s also probably the best-looking game we’ve seen to date. The only problem is that with console shortages persisting, lots of players may find themselves unable to get their hands on this game.

Disney+ adds “Raya and the Last Dragon” to its general membership, previously only available in theatres or through $30 Premium Access. “Raya,” Disney Animation’s latest, is a masterpiece, definitely worth a watch. Ongoing series “Star Wars: The Bad Batch” and “High School Musical: The Musical: The Series” continue to receive weekly episodes.

Netflix has a quiet month, bringing two “Sailor Moon” movies, as well as a second season for 2020’s “Lupin”

Hulu brings a second season for both “Love, Victor” and “DAVE,” as well as television premieres like “America’s Got Talent” and “MasterChef.” Lots of movies come to the platform as well, including “The Blair Witch Project,” “Slumdog Millionaire” and “Weekend at Bernie’s.”

Paramount+ boasts a “mountain of movies” coming this month, with 1000 titles set to be added, though there doesn’t seem to be a list available of exactly which movies these are. Reportedly, this will include big names like “Sonic the Hedgehog,” “Mission Impossible” and “Rocketman.” Mark Wahlberg’s latest film, “Infinite,” also releases exclusively on the platform Jun. 10.

HBO Max adds “The Conjuring 2,” just in time for its sequel, as well as “Shazam!,” the Robert Downey Jr. “Sherlock Holmes,” “Clueless,” and all eight “Harry Potter” films.