Entertainment Headlines for February 2022: The one with all the games 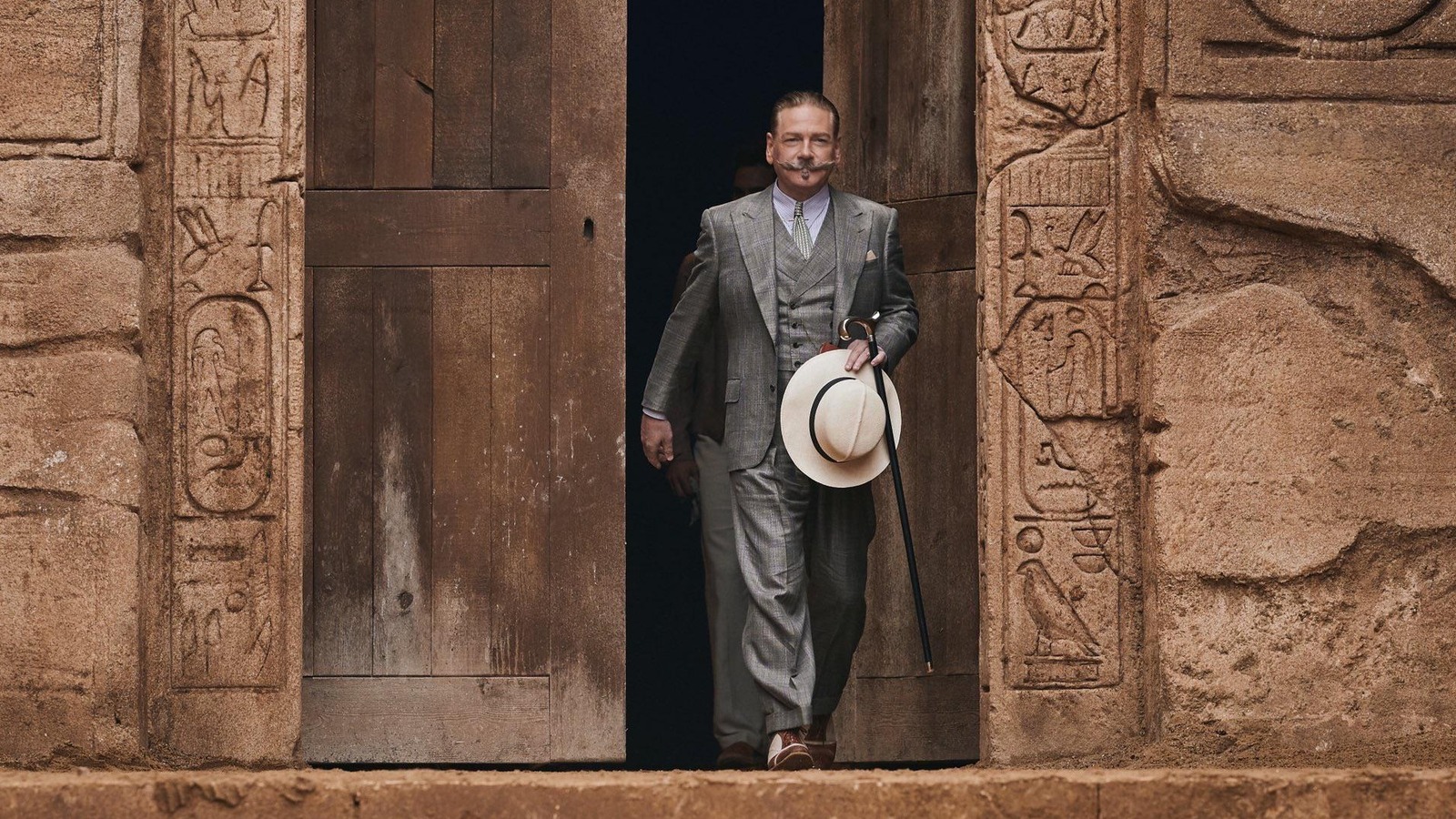 In a world without COVID, we'd probably have the third Hercule Poirot movie on screens by now. Kenneth Branagh seems very excited about putting on the mustache and accent as many times as possible. Photo Courtesy SlashFilm

This February it’s the streaming services that are lacking, with a bit of a lull before the kick-off of the big Spring releases. Theaters will be bringing action, mystery and maybe the weirdest romantic comedy. Five of the year's biggest video games are also casually dropping only weeks away from one another. I doubt anyone could make it through the whole month without finding something that piques their interest.

The sequel to 2017 “Murder on the Orient Express,” “Death on the Nile” features the return of Kenneth Branagh as Agatha Christie’s famous detective Hercule Poirot, joined by yet another packed cast of stars and suspects. Originally slated for release in 2019, delayed several times by the COVID-19 pandemic, the film looks to be a very stylish mystery in the shadow of the pyramids. “Murder on the Orient Express” was very good, and while this film trades the much cooler train setting for that of a boat, I anticipate the same level of quality when the film is released on Feb 11.

Another sequel to another 2017 standout, “Horizon Forbidden West” is the follow-up to PlayStation 4 exclusive “Horizon Zero Dawn,” picking up shortly after that game’s conclusion. These games are notable for their incredible setting, a blend of science fiction and fantasy set in a verdant world 1000 years after an apocalypse. Humanity endures in tribes and communities in the ruins of cities like San Francisco, and giant machine animals roam the wilds. The first game followed Aloy, a hunter who uncovered the secrets of the apocalypse, now Aloy picks up her spear once again to avert a new calamity. Developers at Guerilla Games took feedback from “Zero Dawn” to heart, and this looks like an incredible sophomore outing for the franchise. There will be a whole lot of new machines to hunt, as well as a grand new mystery to uncover when the game releases Feb. 18.

Winner of Most Anticipated Game at The Game Awards 2020 and 2021, this one is coming in with a lot of fanfare. From the team that made the very popular and very difficult “Dark Souls,” in collaboration with George R.R. Martin, the author behind “Game of Thrones,” “Elden Ring” is a fantasy action role-playing game set for release on Feb. 25. The games from developer From Software all follow a similar formula, with punishing combat and challenging bosses, though this entry innovates with a new open-world focus allowing players to explore and discover like never before. The From Software games have always been on the verge of mainstream success and attention, and all signs point to a massive breakthrough in just a few weeks.

Seemingly the only romantic comedy dropping this month to capitalize on the Valentine’s Day season, “Marry Me” certainly made an impression with its first trailer. This is a film about a superstar played by Jennifer Lopez deciding on a whim to marry a schoolteacher played by Owen Wilson, who didn’t actually propose to her. The two must navigate the juxtaposition of their very different lives as well as the fact that they have never met and have no real connection. This film looks completely bizarre, but also like it has some weird heart and charm to it? I’m curious enough to check it out when it releases on Feb. 11.

As a big fan of the “Uncharted” video games, I desperately want the “Uncharted” film to be good. It doesn’t really look great, and the film’s fourteen-year development, which was so long that it saw Mark Wahlberg cast as both star Nathan Drake and older mentor Victor Sullivan, doesn’t inspire confidence. Hopefully “Uncharted” will be good for at least some popcorn action and a night out when the film drops on Feb. 18.

A comedy starring Channing Tatum and a dog on a road trip while dealing with their mental health sounds like a pretty safe bet for at least some entertainment. “Dog” is that movie, and it’s in theaters on Feb. 18.

“Dying Light 2 Stay Human” is the sequel to “Dying Light,” a game that came out way back in 2013. It wasn’t on my radar until preview coverage was overwhelmingly positive, describing it as a fun time doing parkour in a zombie-infested role-playing game. Apparently, this isn’t one to sleep on, but most people probably won’t have a whole lot of time to sleep with so many big games in February. “Dying Light 2” does have the advantage of being the earliest game to drop, on Feb. 4.

“Sifu” is an indie action game inspired by classic martial arts films. It seeks to emulate those films with fast and stylish fighting. The twist is that every time the player fails, their character rises up, suddenly years older. Aging through death and trading vitality for skill is an interesting mechanic that has earned the game a lot of attention. Hopefully, the final product will live up to the hype when it releases on Feb. 8

Netflix brings “Murderville” on Feb. 3, a fun play on crime procedurals starring Will Arnett. In each episode, he has a celebrity guest, and in every episode, the guest doesn’t have the script and has to improv through the mystery. On Feb. 11, the platform also brings “Tall Girl 2,” because girls don’t generally grow shorter, and on Feb. 18, a second season of “Space Force,” the show from the creative team of The Office about the newest branch of the U.S. Military.

Disney+ brings “Sneakerella,” like “Cinderella,” but about sneaker culture on Feb. 18.  “The Proud Family” returns with “The Proud Family: Louder and Prouder” on Feb. 23. “Free Guy,” the Ryan Reynolds-led comedy from 2021 comes to the service on Feb. 23 as well.