Who’s in charge around here? 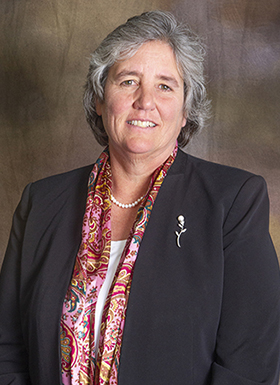 If you haven’t noticed already, the University of Alaska Anchorage is a big organization with a bewildering list of titles, positions and departments: Dean, chair, chancellor, director, professor, adjunct, associate professor, etc.

To help clear things up, here’s an overview of the organizational structure of UAA.

John Nofsinger, dean of the College of Business and Public Policy, also answered some questions in an interview with The Northern Light to shed some light on the organization.

It makes sense to start at the top, and you can’t go much higher than the University of Alaska.

Commonly referred to as UA or Statewide, you’ve already interacted with this umbrella organization if you have signed up for classes or done anything through UAOnline.

It can be easy to mix up the abbreviations for UA and UAA.

The leadership consists of a 11-member board of regents selected by the governor. The board picks a president for the organization. Recently, Pat Pitney was selected after serving as interim president.

“Interim” is a prefix meaning temporary and is applied when someone is filling a position while a search for a permanent replacement is underway though it’s common to see individuals move from interim to permanent, as in the case of President Pitney.

What exactly does UA do? You can get an idea by looking at the various departments under the president: general legal counsel, human resources, planning and budget, IT, students and research.

These functions are things that have been centralized under UA, said Nofsinger.

He also said that the organization is responsible for putting together the budgets for the various universities and presenting it to the state legislature as one piece of legislation.

The annual budget to run all three universities is nearly $1 billion, and the state pays for roughly a third of that amount. The rest comes from student fees, grants and federal funding.

Providing a single front, UA advocates for the university system to the legislature and receives feedback regarding the state’s priorities and what’s needed to produce a budget that will pass a vote.

The organization also sets up the student trip to Juneau each year where students from all three universities travel to the capitol speak with legislators and advocate for the universities.

Technically, UA is the employer of anyone working at UAA. Also, they are in a contentious negotiation with the faculty union, United Academics, as reported by The Northern Light earlier this summer.

The University of Alaska Anchorage is its own fully accredited university.

The top leadership position is called the chancellor and is currently filled by former Alaska Governor Sean Parnell. Parnell was selected after a search of candidates by UA President Pitney.

Under Parnell, the leadership of the university splits into two broad categories: teaching and administration.

Below them, the university organization branches into many different departments. Some of these departments, such as Athletics, have a large staff with dozens of people, others only a handful.

One common term to describe the leaders over these various departments is “director” although you can find the occasional associate vice chancellor, coordinator and chief officer.

“Director” is also the term used to describe the leaders who oversee UAA’s satellite campuses such as Kodiak College.

On the teaching side of things, Provost Denise Runge is responsible for the various colleges at UAA – College of Arts and Science, College of Business and Public Policy, etc. – and academic affairs.

The term “provost” generally refers to someone whose job is to provide leadership over multiple colleges, though Runge’s full title includes vice chancellor as well.

Under Provost Runge are the deans of the different colleges and under them are the chairs for specific departments in the colleges.

If a student doesn’t want to address a problem within the specific department, there is the Dean of Students office, headed by Benjamin Morton, that can also deal with problems.

On the flip side, the Dean of Students is the department that handles disciplinary action against students for issues raised by faculty and staff.

Signing up for classes or looking at different departments, you might have noticed there are a large number of titles for the faculty.

Nofsinger said that UAA has a few different types of faculty teaching at the campus.

First there are the professors. When just starting out they are called “assistant professors,” and can be promoted later to “associate professor.”

Finally, they can get tenure and be promoted to “professor” though an associate professor can have tenure as well.

These teachers are often on a tenure track and represent the long-term core of the university. They also have more rights compared to the other teaching positions – tenured professors have the most – said Nofsinger.

Next up are the “term professors.”

Nofsinger said that these faculty members have to be rehired each year, and have less rights and benefits compared to full-time employees.

Finally, there are “adjuncts.” These are often professionals actually working in their respective field and they get hired to teach related classes.

It may be tempting to think that professors are superior to adjuncts, but Nofsinger said that adjuncts bring real-world experiences and knowledge to the classroom, and for that reason many students like taking classes from them.

The Union of Students of The University of Alaska Anchorage is UAA’s student government.

The assembly is made up of a president, vice president, 10 senators, two delegates from each college, and three liaisons.

Katie Scoggin is the current president. Vice President Shanone Tejada answered some questions about how the organization functions and what they do.

USUAA is one way students have an influence on university policy, said Tejada.

Although the assembly can’t hire and fire people, or appropriate funds, they can pass legislation advocating for student interests.

That legislation can be important when the university needs to draft policy, show support for an initiative or get funding, said Tejada.

A good example of this was at a recent USUAA meeting when Executive Director of Campus Services David Weaver gave an update on the return of shuttle services to the campus – shut down because of covid – and thanked USUAA for their legislation that had called for a return to services, saying that it was helpful in securing funding.

Tejada said legislation is important because it creates a historical record of what students’ priorities are and what they are asking for.

Members of USUAA can also be good resources when trying to navigate problems on campus. Tejada said that he has gained an increased awareness of campus resources due to meetings and conversations he has had with campus leadership.

Finally, through presidential appointments, students can serve on various boards, committees and organizations around campus, giving students an opportunity to gain leadership experience and have a seat at the table when it comes to deciding campus policies.