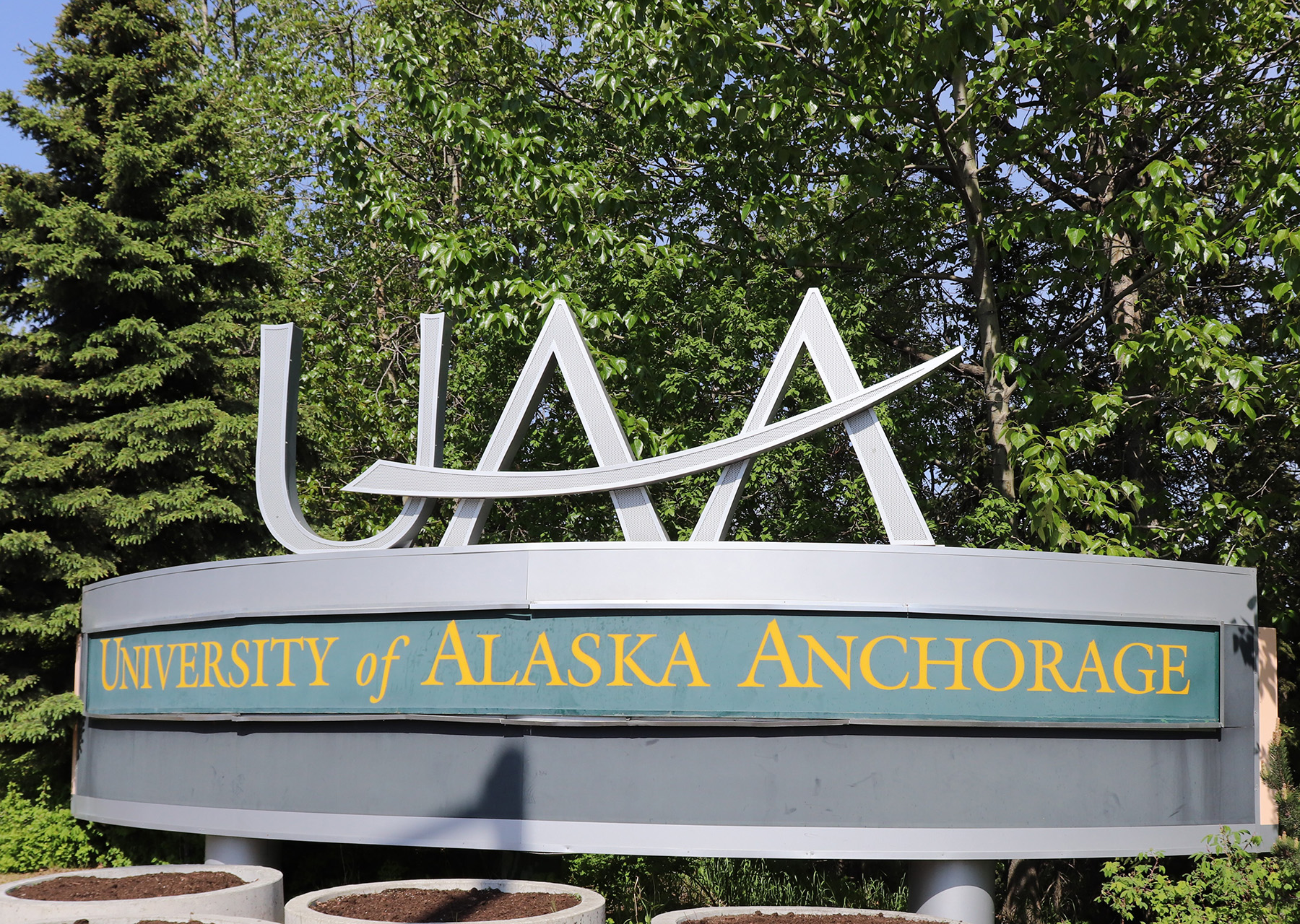 After nine months of negotiations between the University of Alaska and the union representing full-time faculty, United Academics – or UNAC – UA President Pat Pitney declared an impasse on May 16 in an email to the UA community.

The UA Board of Regents voted unanimously to implement the university’s “best and final offer” without approval from UNAC and sent it to the state legislature to be included in this year’s budget.

In an email sent May 18, Pitney announced it was not taken up by the legislature.

This means full-time faculty, who’ve only had a 1% raise over the past five years, will not receive a pay increase next year.

The move by the university to implement their proposal, which took place while the parties were still under federal mediation, aroused some confusion.

Chief negotiator for UNAC, UAF Professor of Mathematics Dr. Tony Rickard, spoke in an interview about the details. In addition, he answered some questions about the negotiations in general.

The union is looking for a 5% increase next year, and to match the consumer price index for FY24 and FY25, up to 7% and 6% respectively, with a minimum of at least 3% each year.

UNAC also wants the collective bargaining agreement to have stronger protections for faculty’s academic freedom, the inclusion of visiting professors and post-doc graduates under all articles, funds made available for market increases and a $1,000 lump sum added to faculty base pay each year.

Pitney has stated on multiple occasions that the university’s goal, in the face of massive budget cuts by the state, is to achieve financial stability for the university and offer the faculty predictable wage increases that are modest enough to be approved by the legislature.

Rickard explained that the current CBA was negotiated back in 2016-17. In recognition of budget cuts, the union agreed to forgo wage increases in the 3-year contract.

Coming back to negotiate in 2019, the union agreed to suspend talks when UA declared financial exigency in the face of $70 million worth of budget cuts by Governor Dunleavy.

In 2020, the pandemic again paused discussions.

Current talks began in August 2021. Open to the public, they met via Zoom.

Disputed points include the amount of money raised by UNAC members and the allocation of funds by UA administration.

In a memo from UNAC, the union estimates that full-time faculty raise around $100 million each year in the form of research grants from private organizations and the government.

When added to the amount brought in from tuition, Rickard said the university brings in millions more than they spend on faculty. According to him, the faculty are responsible for the majority of the external funds to the university and carry out most of the work outlined by the grants.

In a response to an email inquiry, Manager of Communications and Marketing for UA’s Office of Public Affairs Monique Musick said that claims about amounts raised have been overestimated.

In a presentation, the UA negotiation team estimated that UNAC members bring in around $51 million and pointed out that most of the money is not available for salary increases.

Pushing back, Rickard highlighted a statement made by UAF Chancellor White, who celebrated UAF faculty for raising $120 million in grants.

UNAC also held up a report by ISER touting the economic benefit UA brings to the state. The institution estimates that research expenditures by the university system resulted in more than $159 million worth of direct economic effects in 2020.

Rickard noted that half of the grant money automatically goes to the university to cover administrative and facility costs, while the rest go to expenses related to the specific projects described by the grants.

In a whitepaper by Dr. Abel Bult-Ito, UNAC President, Bult-Ito made the claim that the university has been increasing funds to administration over the past 10 years by 15.2%, compared to cuts made to faculty and student support of 23.7%.

In a rebuttal presentation, the UA negotiation team showed the increases were under “institutional support,” of which administration is a component. Most of the spending increases in this area were related to the pandemic.

When looked at in aggregate, administrative personnel have taken a similar cut to faculty.

In her email, Musick wrote that there has been a 24% decrease in administration and senior staff positions from 2011-21. Also, senior administrators have faced furloughs over the past three years.

According to Rickard, faculty at UAA have dropped from 1,500 to around 1,000 over the past 10 years. Also, he said that faculty salaries makeup 10.5% of the operating budget, as compared to 17.9% in peer institutions.

Musick wrote that with declining enrollment, “All employee numbers at UA must be consistent with the number of students UA serves.”

And addressing the salary gap, “Maintaining three separate universities, with multiple community campuses, in a state the size of Alaska, with declining enrollments and a low student to faculty ratio creates different cost structures and operating conditions.”

From a presentation to the board of regents in February, the university showed that pay for all employees has remained largely flat compared to the national average of a 3% increase each year over the past five years.

Rickard said that inflation has eaten away 15-20% of the purchasing power of the union’s members, and that lacking competitive wages makes it difficult to recruit and retain faculty. He also mentioned how financial strain can negatively affect teaching quality.

In an interview, UAA Professor of Finance Dr. Nalinaksha Bhattachryya answered some questions about how an organization like UA should allocate funds.

Bhattacharyya is a member of the UNAC representative assembly for UAA. He does not serve on the negotiating team.

He stated his views are his own and do not represent the union.

Bhattacharyya described the faculty as direct workers who are producing the intangible goods of knowledge and education.

It doesn’t make sense, by his account, to cut pay to direct workers because you would expect their output to decrease as well.

Salary and benefits for full-time faculty make up 16.5% of the university's operating budget, so, according to him, when the university is finding places to save money it should look at the other 83.5%.

In his personal experience, Bhattacharyya says he has not seen the cuts to high-level administration.

Where he has seen cuts is with respect to faculty support. He pointed to janitorial services like office cleaning – something faculty now have to largely perform themselves – and the loss of faculty secretary positions.

He mentioned cuts to the library as especially egregious. The consortium library has removed over 50 databases and numerous journals due to funding reductions.

Not having access to the latest research can hinder academics’ ability to publish papers; which is central to their careers.

In some cases, there has been an increase in administrative red tape, according to him.

He brought up a frustrating system faculty are required to follow to file travel expenses when attending conferences. These events are an important way faculty stay current and active in their field.

He believes the mission of the university is to produce an educated citizenry and conduct research. Further, to achieve this goal, the university must be able to attract academic talent.

UNAC wrote in a newsletter, concerning the negotiations, “The sessions have been ugly.”

Rickard mentioned that “negotiations have been long and contentious,” and “the team feels frustrated.”

He said that the union approached talks with an eye toward constructive, collaborative dialogue. From their perspective, the negotiators for UA didn’t seem to be interested in working on solutions.

Another sticking point in the negotiations has been around the inclusion of post-doc and visiting professors in certain articles of the CBA.

Rickard said the Alaska Labor Relations Agency determined these faculty are in the union, so the union believes they should be covered by every article.

Musick wrote that due to their unique working conditions, pay and transitional nature, the university proposed they be excluded from articles related to compensation and workload for certain periods.

There have been disputes related to the language surrounding academic freedom as well. Regarding AAUP’s statement on academic freedom, tenure, and collegiality, UA added, it “shall be understood as informing the parties’ understanding of these important issues.”

Musick contends that UNAC is using academic freedom to shield tenured faculty whose programs have been discontinued or reduced from termination.

Musick accused UNAC of making hundreds of changes to the CBA, to which Rickard said the number of changes reflects the change in membership. On the other hand, UNAC said in a newsletter that UA has delayed addressing proposals made by UNAC.

In public testimony with the UA board of regents on May 23, faculty called in to voice their concern with the negotiating process, and some accused the UA team of stalling and not engaging in meaningful discussions.

For the UA side, Musick wrote: “Each party is responsible for its own contribution to the tenor of negotiations. The university is negotiating professionally in good faith and in the best interest of the university.”

Another turn in the drawn-out talks took place when the university declared an impasse and implementation while the parties were still under mediation.

UA and UNAC agreed to federal mediation after the university put forward what it called its “best and final offer,” and UNAC rejected it at negotiations on April 25.

When Pitney sent out her email on May 16, there was still one day of federal mediation scheduled for the parties on May 18.

Musick wrote that the parties did not agree to a fixed number of mediation sessions, and mediation only continues if they believe it will be helpful.

Mediation was showing there was still a large gap between the proposals, and, she added: “More importantly, neither party was making meaningful concessions on significant issues. That is the legal definition of labor impasse.”

At that point, she wrote, the parties could legally act independently. UA could move forward with implementation, and the union could move to strike if they choose.

Despite this, UA still showed up to the scheduled mediation with UNAC.

Rickard described the surreal moment when he received Pitney’s email, during the session, announcing that the legislature had failed to take up the proposal in this year’s legislative session

According to Musick, in order for the labor dispute to end, the parties must come to an agreement in the face of a strike, lockout or implementation; it’s not contradictory for negotiations to continue after one party has taken action.

On the other side, Rickard put it this way, the “UA administration seems to been confused as to what they are doing.”

And Rickard said, according to the opinion of their legal counsel, and the legal counsel of their associated unions, AAUP and AFT, UA’s actions are on questionable legal grounds.

From the email sent out by Pitney, the decision to present their proposal to the legislature was motivated in part by the upcoming end to the legislative session and to get some sort of raise for faculty.

Neither Musick nor Rickard knew why the legislature declined to take up the proposal.

On the possibility of a strike, Rickard said they don’t want to strike, and they know the university does not want one either, but the union would not rule it out.

Going forward, they plan to communicate with their members and legal counsel to determine their next move. He also mentioned that they will continue to talk with the university.

Rickard believes the union and university are not as far off from each other as the latter has suggested.