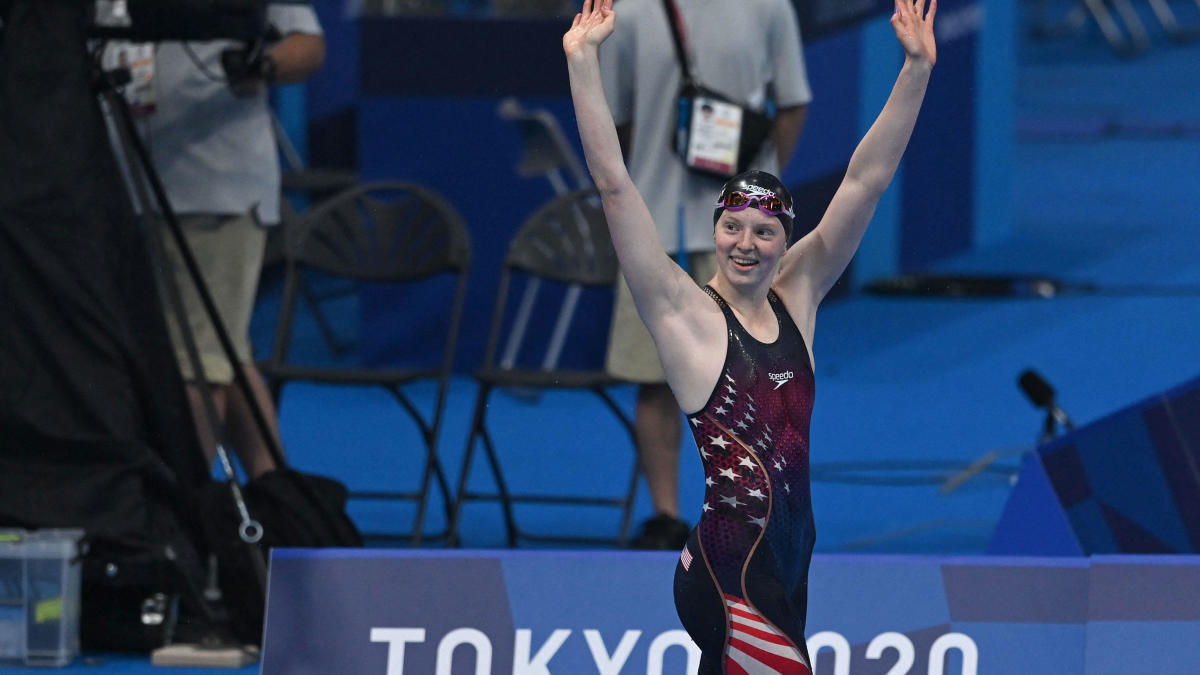 Lydia Jacoby became the first Alaskan swimmer to qualify for the Olympics in June. Just under two months later Jacoby is returning home with two Olympic medals, gold in the women’s 100 meter breaststroke and silver in the women’s 400 meter medley relay. She’s only 17 years old, and she’ll be a senior competing on her high school swim team this year.

A swim coach from Anchorage, Sean Murray, spoke to Anchorage Daily News about what makes Jacoby’s breaststroke special. Murray described her kick as a “god-given gift,” “without a doubt best breaststroke kick I’ve ever seen.” When swimming breaststroke, the distinctly frog-like kick is uniquely important, because it drives much more of the power than the arms.

Jacoby has been swimming for most of her life with the Seward Tsunami Swim Club, located in Seward. Her parents, Rich and Leslie Jacoby told ADN that they never pushed her to swim, only enrolling her in swimming lessons so she would be comfortable in the water that surrounds their community.

When the pandemic swept the nation Jacoby had already qualified for the Olympic trials. When the Seward High School pool closed, Murray arranged for Lydia and her mother to stay in Anchorage and continue training for the Olympic trials, at the Bartlett High School pool, the only Olympic length 50-meter pool in the state. Seward’s pool, like most in the state, is only 25 yards.

Increased training during the pandemic is directly attributed by Jacoby to her success at the Olympic trials. Of course, the trials would only be the start. Jacoby won the 100-meter breaststroke in Tokyo, defeating both the Olympic record holder, Tatjana Schoenmaker from South Africa, and the world record holder, Lilly King, Jacoby’s teammate. She came from behind at the halfway point of the race, defeating both of the more experienced swimmers. King said to reporters in Tokyo: “She makes me feel so old.”

Jacoby’s Olympic exploits didn’t end there, however, as she was added to the women’s medley relay team for the final race, swimming breaststroke. The entire team was changed from the one that raced in the preliminaries. The new team featured three teenagers.

The young squad definitely proved up to the challenge, as they captured the silver medal, falling only .13 seconds short behind the Australian team. This makes Jacoby only the second Alaskan to win two medals at one Olympics, joining Girdwood skier Tommy Moe, who accomplished the feat in 1994.

Jacoby returned to Seward and was welcomed with a parade on Aug. 5. The high school swim season started Wednesday, Aug. 4, and though Jacoby is taking a couple of weeks off, she is expected to rejoin her high school team for this season.