Media headlines and highlights in July 2021 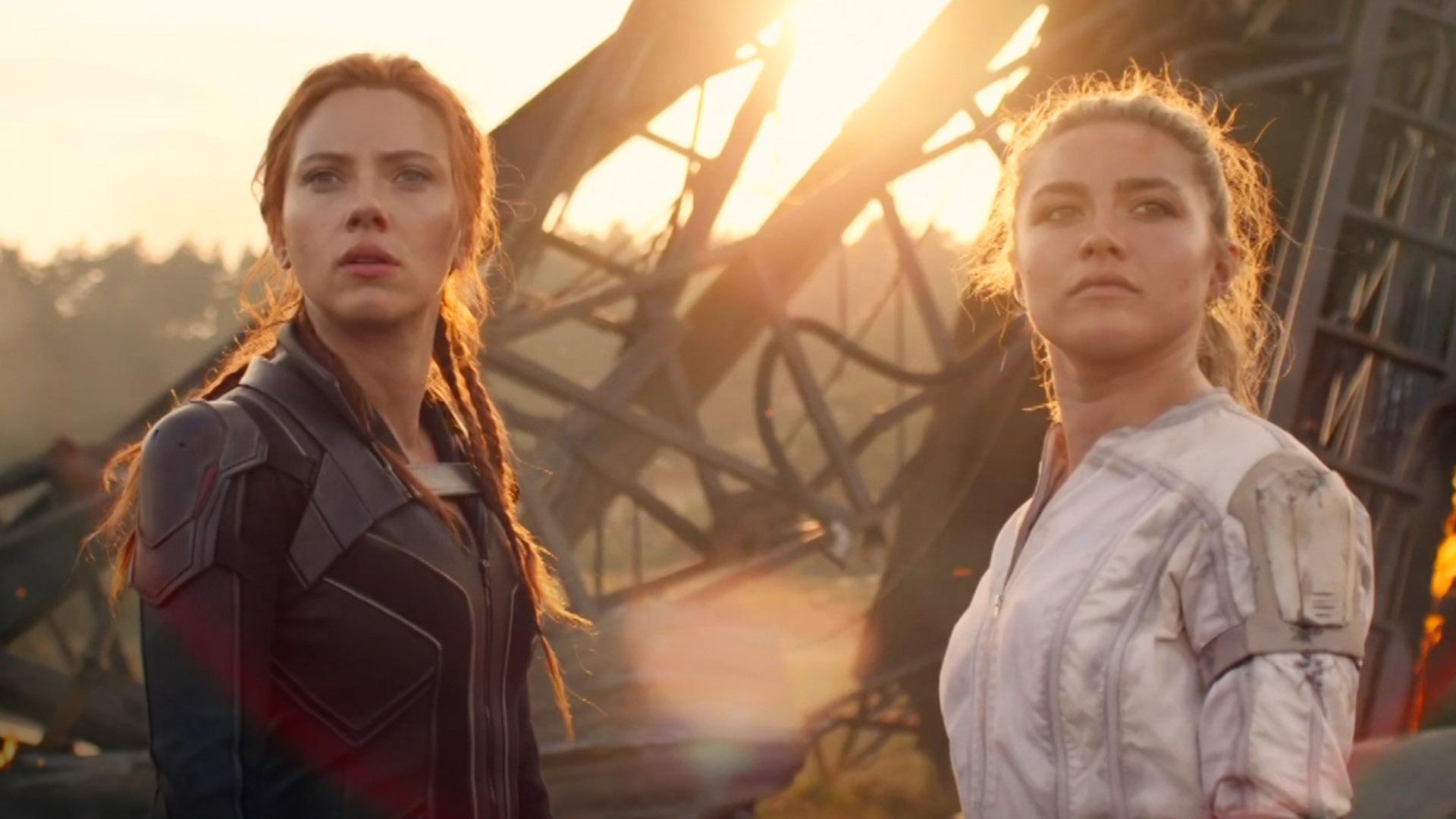 "Black Widow" gives the character her long overdue solo film, and also introduces a new second Black Widow, who will be seen in other MCU projects like "Hawkeye" later this year. Photo Courtesy Fandango

July is a very slow month for the video game industry following the excitement of E3 in June, but movies and television are really doing work as summer rolls onward.

“Black Widow” brings the Marvel Cinematic Universe back to theaters for the first time in more than two years. Originally scheduled for release in May 2020, over a year ago, the film has seen many delays as a result of the COVID-19 pandemic. The film is a prequel, set between 2016’s “Captain America: Civil War” and 2018’s “Avengers: Infinity War,” and will serve to introduce important new characters, like a second Black Widow. Because the film is a prequel, and the Black Widow character in the present day seems to be permanently benched, the film is in a weird place as far as anticipation, but early impressions have called it “one of Marvel’s finest.” The film will be released in theaters and on Disney+ Premier Access.

The first season of “Ted Lasso” was released in August 2020, starring Jason Sudeikis as the title character, an American football coach hired to coach English soccer. The series has received acclaim for Sudeikis’ portrayal as the relentlessly optimistic coach, and everyone I know who has seen the show absolutely loves it. Unfortunately, the series is on Apple TV+, not the most popular streaming service on the market, so not many have seen it. With season 2 about to start, and season 3 already ordered, there’s no better time to jump in for only $5 a month.

Like “Black Widow,” “The Green Knight” was originally scheduled to release in May 2020 but saw a delay of over a year due to the pandemic. Based on an Arthurian legend, starring Dev Patel as Sir Gawain, who is on a quest to find the titular green knight, this movie looks totally bizarre in a great way. I truly have no idea what to expect from this film. Production company A24 has been churning out great films in recent years, like “Moonlight,” “Minari” and “Uncut Gems,” and there seems to be a lot of excitement surrounding this film. “The Green Knight” will be released exclusively in theaters.

“Gunpowder Milkshake” features a star-studded cast of women as hitmen who have to band together when a job goes south. Karen Gillan of “Jumanji” and “Guardians of the Galaxy” fame headlines, alongside Lena Headey, Angela Bassett, Michelle Yeoh and Carla Gugino. The film promises a neon aesthetic and over-the-top action when it comes to Netflix on Jul. 14.

“Space Jam: A New Legacy” looks very weird and possibly very bad. Morbid curiosity demands my interest in the film. A sequel to the 1996 original “Space Jam,” the film follows LeBron James as LeBron James, teaming up with “Looney Tunes” characters to play basketball in a virtual world populated by characters from Warner Brothers’ long history of films. The film will be released in theatres and on HBO Max Jul. 16.

“Snake Eyes” is a reboot of the “G.I. Joe” film series, focusing on the titular ninja. While the previous two “G.I. Joe” films were pretty bad, early trailers actually look really fun, featuring quick action and a vibrant color palette.  Henry Golding and Samara Weaving are also great rising talents to have in the starring roles. The film will be released on Jul. 23.

“The Legend of Zelda Skyward Sword HD” releases Jul. 16. A remaster of the oft-maligned 2011 game, playable for the first time without the Wii’s motion controls. Recent trailers for the next mainline entry in “The Legend of Zelda” suggest it will return to certain concepts introduced in this game, so players looking forward to the untitled sequel to “The Legend of Zelda: Breath of the Wild” may want to check this out if they missed it ten years ago. This game tells the earliest story in the “Legend of Zelda” and features origin stories for Link, Zelda, Ganon and the iconic master sword.

“Death’s Door” follows a little Crow who clocks into work every day and reaps the souls of the dead. When a soul is stolen they must embark on a strange adventure to recover it. The macabre themes of this game are brightened by very cute and charming writing, and the gameplay draws comparisons to popular isometric action games like “Bastion.” “Death’s Door” releases Jul. 20.

Netflix has a big month planned, with lots of interesting original content coming to the service. The platform is also investing heavily in martial arts content this month, bringing the “Karate Kid” trilogy, the first two “Kung Fu Panda” films and 1995’s “Mortal Kombat.” After all that fighting, subscribers can catch the entire “Twilight” saga this month. A trilogy of “Fear Street” films, based on R.L. Stine novels, originally planned for theatrical release, will all come to Netflix weekly, starting Jul. 2. “Resident Evil: Infinite Darkness” is a computer-animated series coming to Netflix on Jul. 8. The series is set within the canon of the video game franchise, following popular leads Leon Kennedy and Claire Redfield as they battle zombies in the White House.

Disney+ continues its ongoing series; “Star Wars: The Bad Batch,” “High School Musical: The Musical: The Series” and “Loki,” while kicking off a few new ones. “Monsters at Work” is a sequel series to the original “Monsters Inc.” film, complete with John Goodman and Billy Crystal returning as Sully and Mike. Trailers for the series have actually not looked that great, but I’m still going to give the series a shot when it comes out on Jul. 7, out of my love for the original films. Disney+ will add “Turner and Hooch,” a series based on and following the original 1989 film on Jul. 21.

Hulu brings “The Polar Express” so everyone can properly celebrate Christmas in July as well as “Barb and Star go to Vista Del Mar,” a film that was released during the pandemic to little fanfare, but which has developed quite a following in the months since. “American Horror Stories,” the latest incarnation of the “American Horror Story” franchise, will tell a new story that is horrific and also set in America with every episode when the anthology series premieres exclusively on Hulu on Jul. 15.

HBO Max brings a sequel series to “Gossip Girl” on Jul. 8, taking place ten years after the original. The service also adds “Freaky,” a really fun horror film following a girl who swaps bodies with her killer that was released during the pandemic and didn’t receive much attention.