Hitbox Review: Psychonauts 2 - All I can think about 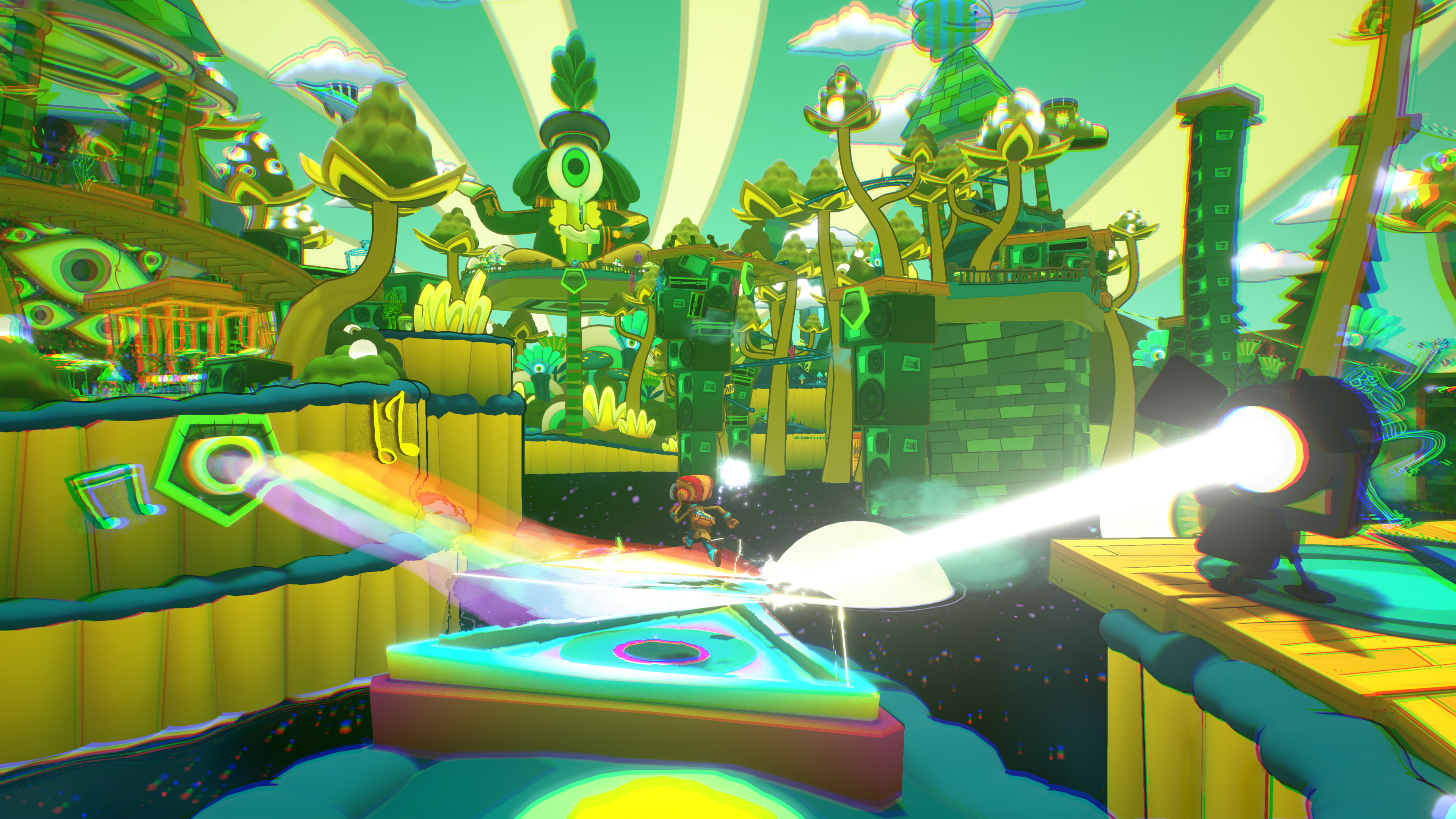 "Twelve Minutes" takes place on a romantic evening between the husband and wife. Unfortunately, the cop will always show up to interrupt things. Photo Courtesy Polygon

The original “Psychonauts” was released in Apr. 2005, to critical acclaim and financial ruin. It was the first game developed by Double Fine, and it was directed by Tim Schaefer, the company’s founder, president and CEO. The original game has gained a massive cult following, with its fans championing it as one of the greatest games of all time. I played it earlier this year, and while it is painfully dated in many places, it’s a really great game.

My enjoyment of the original skyrocketed “Psychonauts 2,” the long-awaited sequel, to one of my most anticipated games of this year. I was nervous about whether Double Fine could capture that magic again while also modernizing the series. Fortunately, “Psychonauts 2” is a masterpiece, a game that doesn’t miss a beat as its characters leap from 2005 to 2021.

In Dec. 2015, 10 years after the original game was released, and attributed to the enduring fan demand, Double Fine announced a crowdfunding campaign to get a sequel made to the original “Psychonauts.” The campaign successfully raised the funds, and “Psychonauts 2” was announced for release in 2018. “Psychonauts 2” was delayed, its original publishers went under, and Double Fine was even purchased by Microsoft, but the game was finally released on Aug. 25, 2021.

“Psychonauts” follows the exploits of a team of psychic-powered secret agents who enter minds to collect information. Like “Inception,” but if it were a Tim Burton cartoon. Players control the young Psychonaut Razputin “Raz” Aquato, who, three days after his adventures in the original game, arrives at Psychonaut headquarters for the first time and is unceremoniously dumped into the intern program.

Uncovering a mole within the organization and a dangerous plot to resurrect an old enemy of the Psychonauts allows for plenty of opportunities for Raz to enter the minds of others, revealing the true genius of the franchise. Every person’s mind is a level within the game, equally a massive playground filled with collectibles and an allegory for the individual’s mental state.

The use of individual minds as a setting allows for endless creativity and surprises, as levels are radically different from one another. Raz explores a psychedelic music festival, a cooking show set, a theme park ride clearly inspired by Disney’s “It’s a small world” and plenty more.

“Psychonauts 2” uses its unique premise to explore topics like consent and mental health. A heavy conversation early in the game stresses the importance of respecting personal boundaries when entering minds, a much-appreciated evolution of the thinking and writing between this game and its predecessor. Doubts and regrets become enemy types that try to slow Raz down, and when one character has a panic attack, it is represented as a rapidly moving monster.

Writing is the strongest element of the game. The jokes are always flying, and they hit far more often than not. Almost every character is a standout, from returning characters like Sasha Nein and Milla Vodello, to a significant array of new characters like Hollis Forsythe and the other interns. Unfortunately, the cast is so large that none of the characters get enough time in the spotlight.

The opening section of the game is a very modern feeling linear experience, with some impressive set pieces. After the opening hours, the game opens up into a more traditional quasi-open world, similar to the original “Psychonauts.” Beyond just the 13 minds featured in the game, Psychonauts headquarters, the Motherlobe and its grounds can be explored.

Most of Raz’s abilities from the original game return, though each has been modernized, making platforming and exploring the minds a significantly smoother experience. The game still has to be paused to switch which four abilities are actively equipped, however, which disrupts gameplay a little too often. Despite that minor issue, movement and exploration shine, though I wouldn’t have minded some optional platforming challenges that were a little more challenging, as much of the game is very easy.

Also too easy is combat, which I found to be the weakest element of the game. Enemies are diverse but are generally all dealt with the same way. Weaknesses have to be exploited to dispatch some enemies, but this served more to elongate the fights than to add an extra layer of difficulty. Ultimately, the combat in the game is fine, but I always would have rather continued exploring without the distraction.

I said that combat was too easy, and it was, with the exception of the game’s final boss. They are stunningly difficult in a way that was unlike anything else “Psychonauts 2” threw at me, and I don’t know what was up with that. It really felt out of place, and the fight was a little too long without any checkpoints. The fight served as a really weird capstone to what had otherwise been an excellent experience.

New players don’t need to worry about playing the original game before playing “Psychonauts 2.” The game opens with a fun recap of both the original and “Psychonauts in the Rhombus of Ruin,” a short virtual reality experience that served as a bridge between the two games. While the original game holds up better than some of its contemporaries, it definitely feels like a sixteen-year-old game.

“Psychonauts 2” is a blast, a colorful and imaginative platformer that lives up to the hype. As a 3D platformer, the game easily manages to stand alongside titans like “Mario” or “Ratchet & Clank.” My only disappointment with the game is that it doesn’t end on a huge cliffhanger that promises more to come like the original. I really hope Double Fine continues to explore this universe, and that we don’t have to wait until 2036 to play “Psychonauts 3.” Xbox players can also jump into the game with Xbox Game Pass at no additional cost.