Hitbox Review: Nobody Saves the World - Be anything you want to be 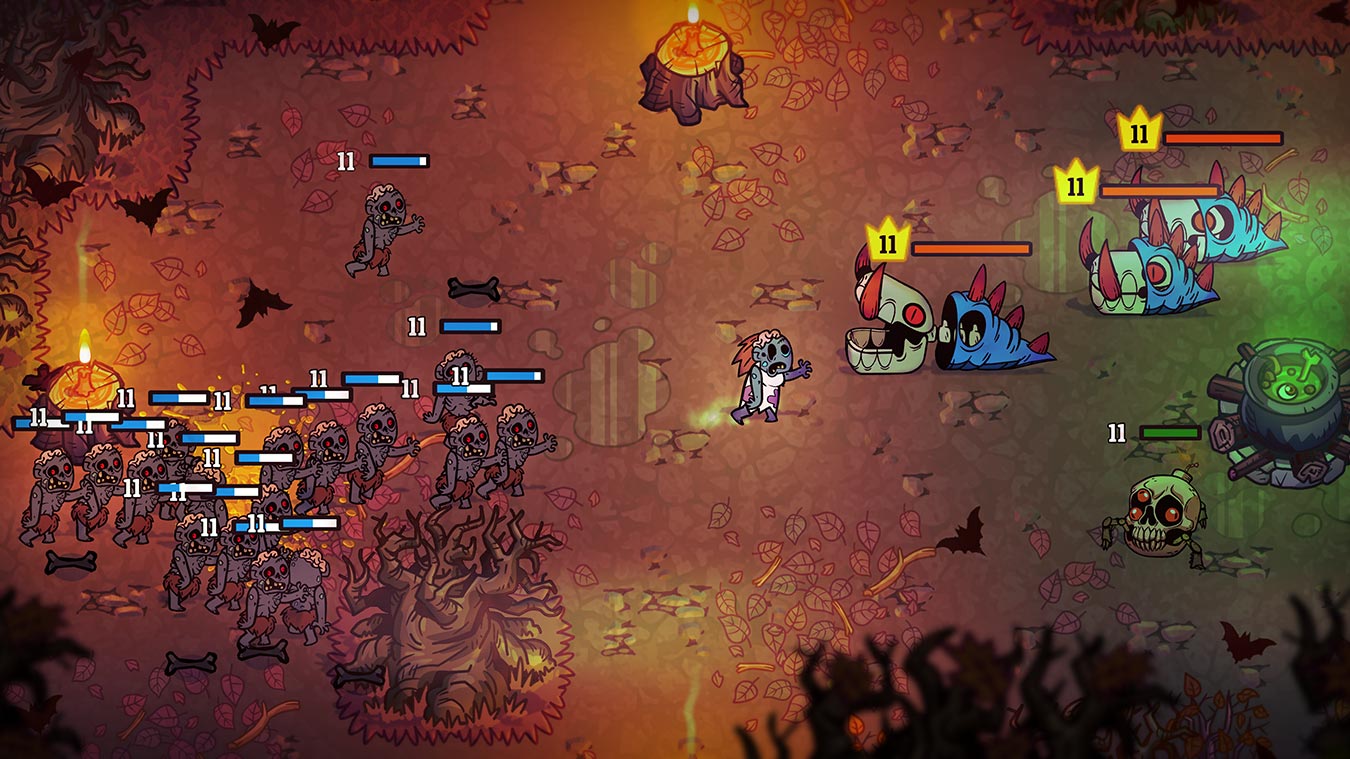 The Zombie was one of my favorite forms, infecting enemies and raising a horde of allies. Photo courtesy Drinkbox Studios

When darkness falls over a world that frankly looks like it was in pretty bad shape to begin with, only one hero has the courage to steal a magic wand and stumble through a grand quest to defeat evil. Players step into the sort of gross, paper-white skin of the titular Nobody, and use that magic wand to shapeshift into 18 different forms to battle enemies and plunder dungeons.

At the start of “Nobody Saves the World,” Nobody wakes up without their memories, without even their physical features, reduced to a surprisingly literal blank slate by the calamity that is sweeping across the land. The great wizard who should be in charge of saving the world is missing, and his apprentice is super rude, so Nobody steals an experimental wand that allows them to shapeshift; first into a rat, then later into a bodybuilder, a mermaid, a horse, a slug, a zombie and even an egg. For Nobody to save the world, they need to collect the five pieces of an ancient gemstone and dive into the heart of the corruption to set things right.

Shapeshifting is the central mechanic of the game, as each of the forms features unique abilities, and each of them features a surprisingly unique playstyle. Favorites of mine included the Zombie, who heals by attacking enemies, and infects them so they are zombified and turned into allies upon defeat, the Slug, who leaves a trail of slime that slows enemies so they can be attacked with projectile tears and, to my surprise, the bodybuilder, who throws a giant barbell that knocks back enemies, then greases up his muscles to deal greater damage.

The game is presented as an isometric role-playing game, similar to early “Legend of Zelda” titles, where the player looks on a zoomed-out, top-down view. The screen can get filled with a whole lot of enemies, summoned allies, and effects, but the performance was steady the whole way. A vibrant and imaginative cartoon art style is used, with great care to make sure most things look gross. The environments and dungeons are particularly inventive, with developer Drinkbox including interesting twists on familiar archetypes.

In the early parts of the game, players are encouraged to constantly shift between forms, both because different enemies are susceptible to different types of attacks, and also because the game features a very tightly designed progression system where completing challenges and ranking up forms unlocks other forms.

The list of forms is structured like a tree, beginning with the Rat. When the player raises the Rat from F rank to C, based on letter grades, they unlock two branches, the Knight and the Ranger. Upgrading the Knight unlocks the Horse and the Magician, upgrading the Ranger unlocks the Slug and the Bodybuilder, so on to the top of the tree where players can unlock the Dragon. It was immensely compelling to jump between forms and complete simple tasks, being rewarded both with expanded and enhanced abilities for the form in use, as well as very quickly unlocking shiny new forms to play with.

After a certain point in the story, the player gains the ability to mix and match abilities between forms. Suddenly, I’m a horse shooting arrows and turning enemies into zombies. At this point, the game opens up to really wild possibilities, as the player can construct builds that feel outrageously powerful. The game does a good job of using new challenges that require some mixing and matching to promote and teach possibilities.

Unfortunately, while the game was certainly fun at this point, it sort of loses the form shifting that I enjoyed so much in the early stages. This is especially true once all of the forms are unlocked. Now, instead of rapidly shifting from form to form to deal with obstacles, I just pick one form and fill it with abilities to handle everything. I could definitely see this theory-crafting, experimental gameplay resonating more with some audiences.

To complete the game, the player is required to complete several major dungeons, but the map is littered with optional dungeons that feature special rules. These were some of the most interesting elements of the game, taking the forms and abilities available to me and coming up with a plan to address these special challenges. For example, in one of these dungeons, all damage was multiplied by 9999. This meant that without preparing correctly, being damaged once would kick the player back to the entrance, but every enemy could also be defeated in a single strike. These optional dungeons with unique rules were my favorite content in the game, and I would have liked to see more of them.

“Nobody Saves the World” isn’t focused on the story, with the vast majority of it saved for the last thirty minutes. The appeal of this game is in its tightly designed systems and the way they interact. It’s so satisfying to pull up a list of objectives, knock them all out, then upgrade and unlock forms. I also found a lot of fun exploring the map, finding secrets and clearing out all of the dungeons. It’s definitely worth tinkering with as an interesting indie dungeon crawler, though I would encourage players who find their interest waning as they proceed not to feel guilty about setting it down. Members of Xbox Game Pass can jump in at no additional cost, and it's absolutely worth tinkering with without any sunk cost. Fans of games like “Diablo” will find a lot to love here.