Hitbox Review: Knockout City - Not one wrench to be found 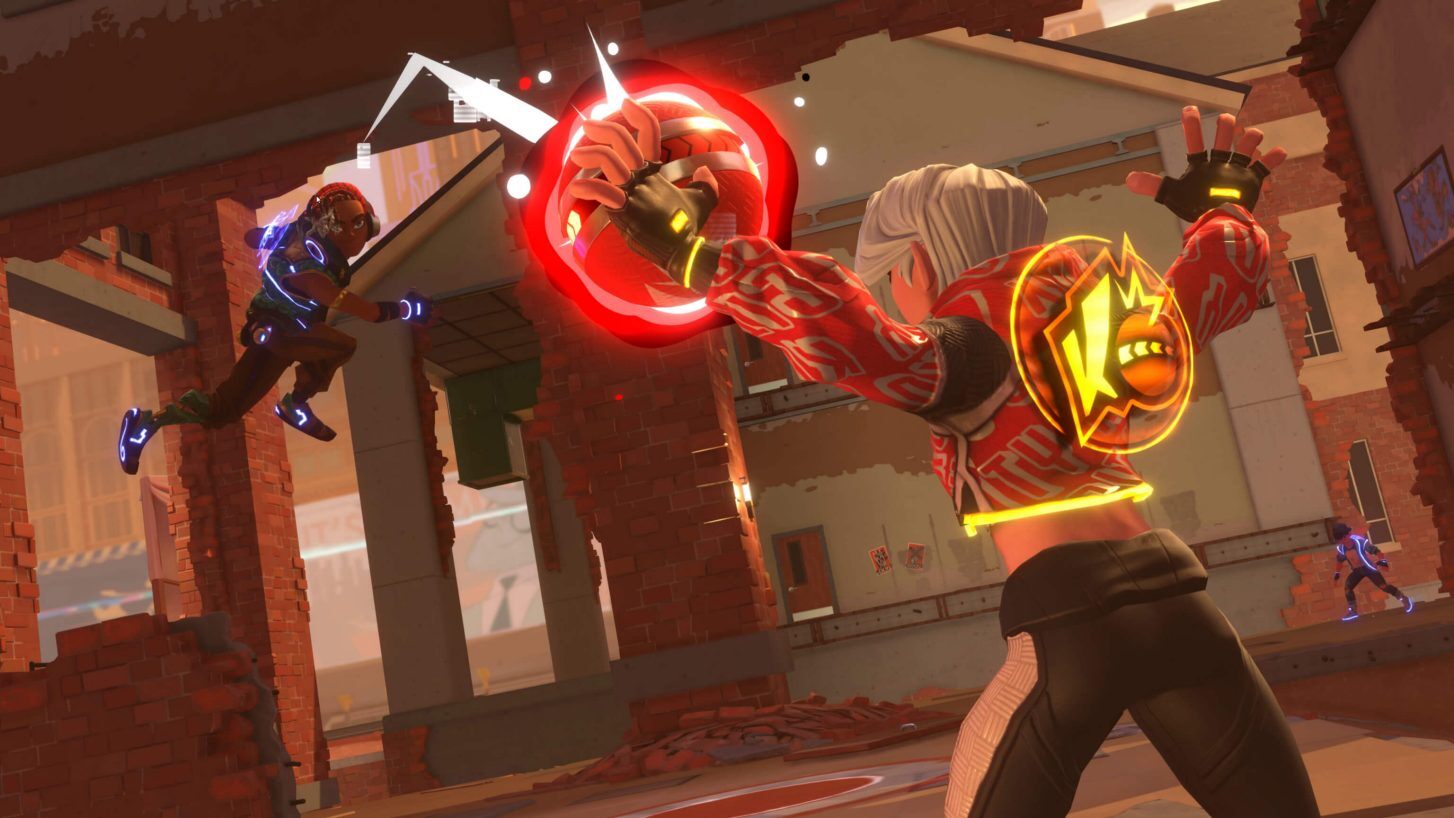 Gameplaay is all about throwing and catching dodgeballs, which makes sense, but the satisfaction of hitting a perfect catch and launching the ball back to knockout an enemy is perfect. Photo Courtesy EA

Dodgeball is one of the greats. Just about everyone remembers those days in middle school P.E. where the teacher would bring in that big bag of red balls, signaling the start of intense competition, when glory was won or lost by a single catch. “Knockout City” is exactly how I remember those days. Grabbing a ball as it rolls past, jumping in the air with a graceful pirouette and launching it with a curve, catching my foe’s return fire at the perfect moment, then curling up and becoming the ball myself so my teammates can use my body as the perfect weapon to clutch the win.

“Knockout City” is bright and colorful, offering over-the-top dodgeball action. The game has some attitude too, with matches narrated by a goofy in-universe radio host, and a unique look that fuses a futuristic sci-fi city with a 1950s aesthetic. There’s not really a story or lore to be found, just a bunch of folks engaging in casual dodgeball games around town.

Gameplay is centered around grabbing dodgeballs located around the map, which can be thrown at different speeds depending on how long the player charges the throw. Balls can be caught, which immediately charges them so they can be thrown very fast. This deceptively simple system allows for a lot of depth in throwing the ball at different speeds, trying to bait out opponents’ catches and engaging in intense one-on-ones where the ball just keeps volleying back and forth, growing ever faster until someone slips up. Each player can take two hits before being eliminated.

Players can also choose to roll into a ball themselves, which can be picked up by teammates and thrown. Players who are balls deal extra damage, capable of knocking out enemies with a single hit, but they risk landing far out of position if the throw misses, or finding their fate literally in the hands of the enemy if the ball is caught.

There are also special balls like a bomb ball that explodes when it’s thrown and a cage that forces players into the ball form, but these didn’t really stand out besides as gimmicks. This is in part because it’s not always easy to tell if your opponent has a special ball, I would usually just get hit with an explosion and think “huh, guess that was a bomb ball.”

There are a few different modes on offer, but all of them end with players hurling dodgeballs at each other. I spent most of my time in the standard gameplay mode where two teams of three clash, and I found a surprising amount of strategy available when teams managed to act as a unit.

Overall, the gameplay accomplishes everything it needs to. Matches are quick and fun, with pretty good matchmaking that didn’t result in too many complete blowouts. The act of throwing a dodgeball is perfect, immensely satisfying, and they really nailed the impact sound effects. If the game can find a dedicated audience, I think it can stick around for a long time.

Post-launch content is expected to take the form of cosmetics, modes and maps, which is good because the game could definitely use more of all three. Cosmetics at launch felt especially lacking, with a daily rotating store that seems to have all the same items every day. I definitely wish there were more variety in the outfits. Maps and modes are in a better place right now, but the game will definitely need a steady flow of both to stay relevant.

I played the game primarily on the Xbox Series S, which unsurprisingly ran the game extremely well, but I also checked it out on the much lower spec Nintendo Switch. Players on Switch have to choose between prioritizing graphical fidelity or frame-rate. I was stunned to see the game actually ran at 60 frames per second even in handheld mode. “Knockout City” is totally viable on the switch, especially since the dodgeballs don’t have to be aimed.

I went into “Knockout City” without any expectations, and it blew me away. The aesthetic, the gameplay, the inclusive options in the character creator, even the neat menu that keeps players in a small training area to mess around in between matches. My friends and I will definitely be checking back in throughout the year as new content drops. My only concern is whether developer Velan Studios will be able to churn out maps and cosmetics quickly enough to keep the audience engaged. Of course, the game has to build up an audience in the first place, and it’s got a long road ahead to contend with big dogs in the online competitive space like “Fortnite” and “Apex Legends.”

As far as building an audience goes, the game has a hurdle on most platforms in the form of a $20 price tag. Most similar online competitive games are free-to-play these days. There is a free trial available to players on all consoles until they reach rank 25, and members of Xbox Game Pass can jump into the full game for free. I’d recommend anyone dip their toes in for the free trial.