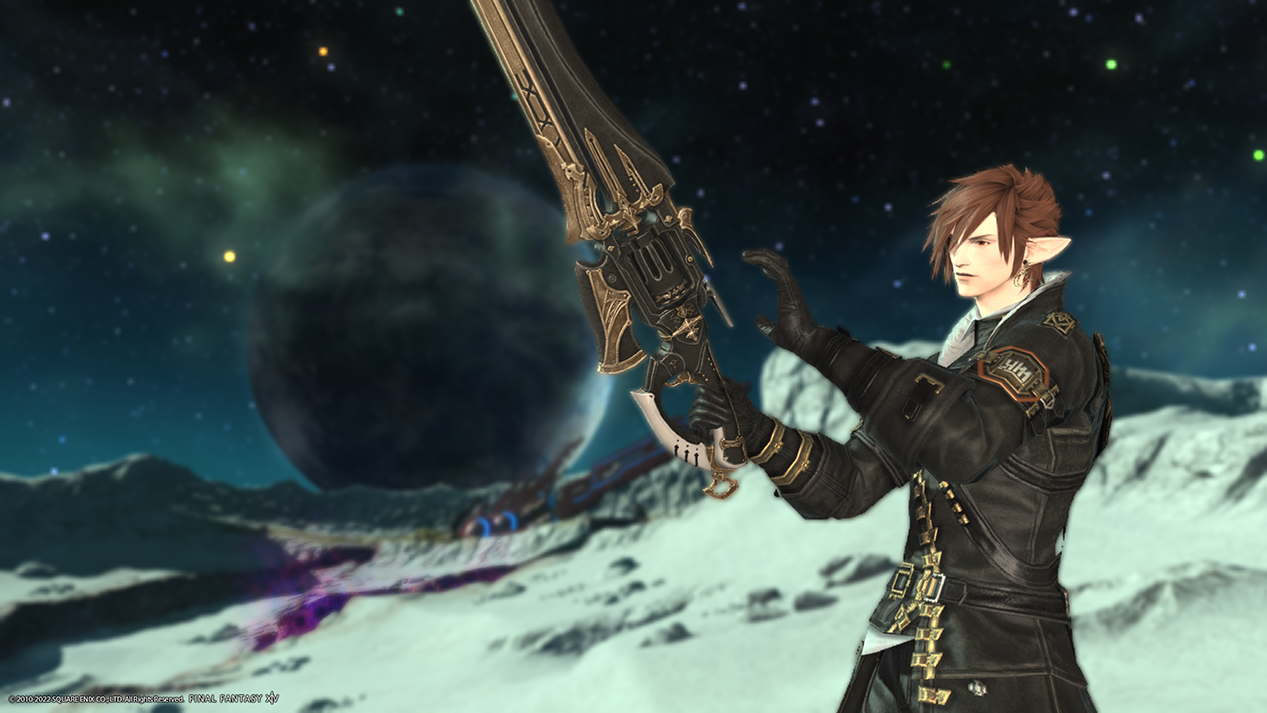 In "Endwalker," players get to go where no Eorzean has gone before: the moon. The characters are way too casual about it. Screenshot by Jake Dye

For nearly half my life, I’ve been playing “Final Fantasy XIV.” I picked up the original release in 2011 when I was only thirteen. The game has been with me for almost eleven years, through its infamously terrible early years, the game’s relaunch as “A Realm Reborn” in 2013, then each of its expansions, “Heavensward,” “Stormblood,” “Shadowbringers” and now “Endwalker.”

“Final Fantasy XIV: Endwalker” is the latest expansion to the game, taking players to the moon, as well as other regions of the game’s world that we’ve been hearing about for years. It was also very explicitly billed as the conclusion to the “FFXIV” story.

Since the relaunch of “Final Fantasy XIV” as “A Realm Reborn,” the game has always enjoyed intense critical acclaim. As far as I can tell, this fervor has only risen with each subsequent expansion. I state with confidence that some of the best stories in video games are contained within, merely chapters in the greater storyline of “FFXIV.” For this reason, I never once worried that the development team, led by director and producer Naoki Yoshida, would fail to land the plane, but I was always curious how exactly they would wrap up more than a decade of storytelling. It should have been impossible.

Following immediately after the conclusion of “Final Fantasy XIV: Shadowbringers,” our heroes know that an ancient apocalypse is coming back and have to race against time to avert the final days and save their planet. Previous expansions haven’t exactly been small-scale, but the stakes have definitely been raised this time.

In “Endwalker,” every major storyline of the game is brought to its conclusion. This is unambiguously the ending of this story. The door is of course left open for further adventures in the world of the game, but anything that comes next will be a completely fresh start. This is almost certainly the plan, as the game has so much story content that it is quite an ordeal for new players to catch up at this point.

For all its ambition, “Endwalker” succeeds by placing the narrative firmly on the shoulders of a core cast of eight characters. This story gets remarkably bleak at its lowest points, and we see our heroes struggle with the weight of their responsibilities, spending a lot of time with them as they ruminate on the themes of the game.

“Endwalker” is a story about life and death, pondering why we all struggle for what is ultimately finite happiness. If everything is going to end, why does anything matter? The game spends an almost overindulgent amount of time presenting scenarios and discussing philosophical questions. Our heroes literally attend a college lecture at one point. I love it.

Each of the eight lead characters is given several moments to shine, the moments that I will remember when I look back on my time with “Endwalker.” One scene in particular, where a core character confronts his feelings and his failures surrounding another character’s death drew tears. Another featured the Scions simply enjoying dinner together, teasing one another and enjoying each other’s company. Even the player character, the voiceless Warrior of Light, feels much more of an active member of the group than they have in the past.

This central focus on its leads is what makes “Endwalker” truly special as a part of the game and as a finale to “Final Fantasy XIV.” Though I have no doubt that there will be another expansion someday, it does feel like this decade-long chapter has ended. The masterful conclusion of so many years of storytelling draws favorable comparisons to 2019’s “Avengers: Endgame.”There are even a few different moments that seem inspired by the “Endgame” iconic portals scene. This is both the final adventure and a celebration of everything that has come before, whatever comes next will be very definitively a new beginning.

“Endwalker” is special to me because of its narrative. I will treasure this stellar final outing of the Scions forever. But of course, this is a video game that I played, at least when I wasn’t losing my mind over references, reveals and touching moments. I think there may well have been much more time spent in cutscenes than actually fighting monsters, but the game has never felt better to play.

Most of the interesting combat takes place in dungeons, raids and trials, where teams of players join together to overcome challenges. The new “Endwalker” dungeons and trials are over-the-top in all the right ways. Tanks lead the party, keeping the attention of the enemies. Damage dealers rain down flashy effects and reduce health bars to zero. Healers make sure everyone stays standing. There are currently twenty playable jobs in the game, which each fit into one of the three categories.

While fighting enemies and bosses in content with a group of players, the tanks, healers and damage dealers have to maintain uptime, working through their combos and abilities while adjusting for mechanics. Bosses in “Endwalker” are raining down meteors, spinning arenas, summoning buddies and so much more. The new content, especially the three endgame dungeons and the three boss trials are among the best in the game.

I spend most of my time tanking as the gunbreaker, using an advanced magical sword that stores magic as cartridges which can be spent by pulling the sword’s trigger and making sword slashes cause explosions. It’s very cool. In “Endwalker” I have also played the healing astrologian, who draws tarot cards to empower allies, and the damaging summoner, who calls magical beings to cast the flashiest spells in the game. Each of these I have played previously for several years across multiple expansions, and each feels better than ever in “Endwalker.” I can’t speak from experience about any of the other jobs, because I haven’t yet leveled them up and played them in “Endwalker’s” new dungeons and trials, but I have heard satisfaction across the board.

Playing through the storyline of the expansion also involves a lot of the traditional walking around, talking to people, fetching and delivering items and fighting monsters. This is very traditional for the genre and for “FFXIV” specifically, and not much is done to reinvent the wheel. There are a couple of new questing mechanics like having other characters accompany the player and having to tail other characters without being noticed. The former is neat and reinforces the game’s focus on its core cast, the latter is less cool, but tailing missions have always been bad in any game. The best I can say of the tailing missions in this game is that they are easy and mostly inoffensive.

Though I have completed the story of “Endwalker,” I will be checking in with the game all year as new content is released regularly. I will also be eagerly awaiting the first story teases for whatever is to be the next grand adventure for my Warrior of Light.

Recommending “Final Fantasy XIV” to others has always been difficult for me. The game is spectacular, I absolutely maintain that it is host to some of the best storytelling video games have ever seen. Unfortunately, it is outrageously long. Players who were to start today would have to begin at “A Realm Reborn,” which was released in 2013, and play through every expansion in order. That’s 2015’s “Heavensward,” 2017’s “Stormblood,” and 2019’s “Shadowbringers,” before joining us in the new hotness that is “Endwalker.” Almost all of that content is spectacular, but it would take hundreds of hours to experience everything.

That being said, “Final Fantasy XIV” is worth the effort, especially when played with friends. New players can jump into the critically acclaimed MMORPG “Final Fantasy XIV” today with a free trial that includes the entirety of “A Realm Reborn” and the award-winning “Heavensward” expansion up to level 60 with absolutely no restrictions on playtime.