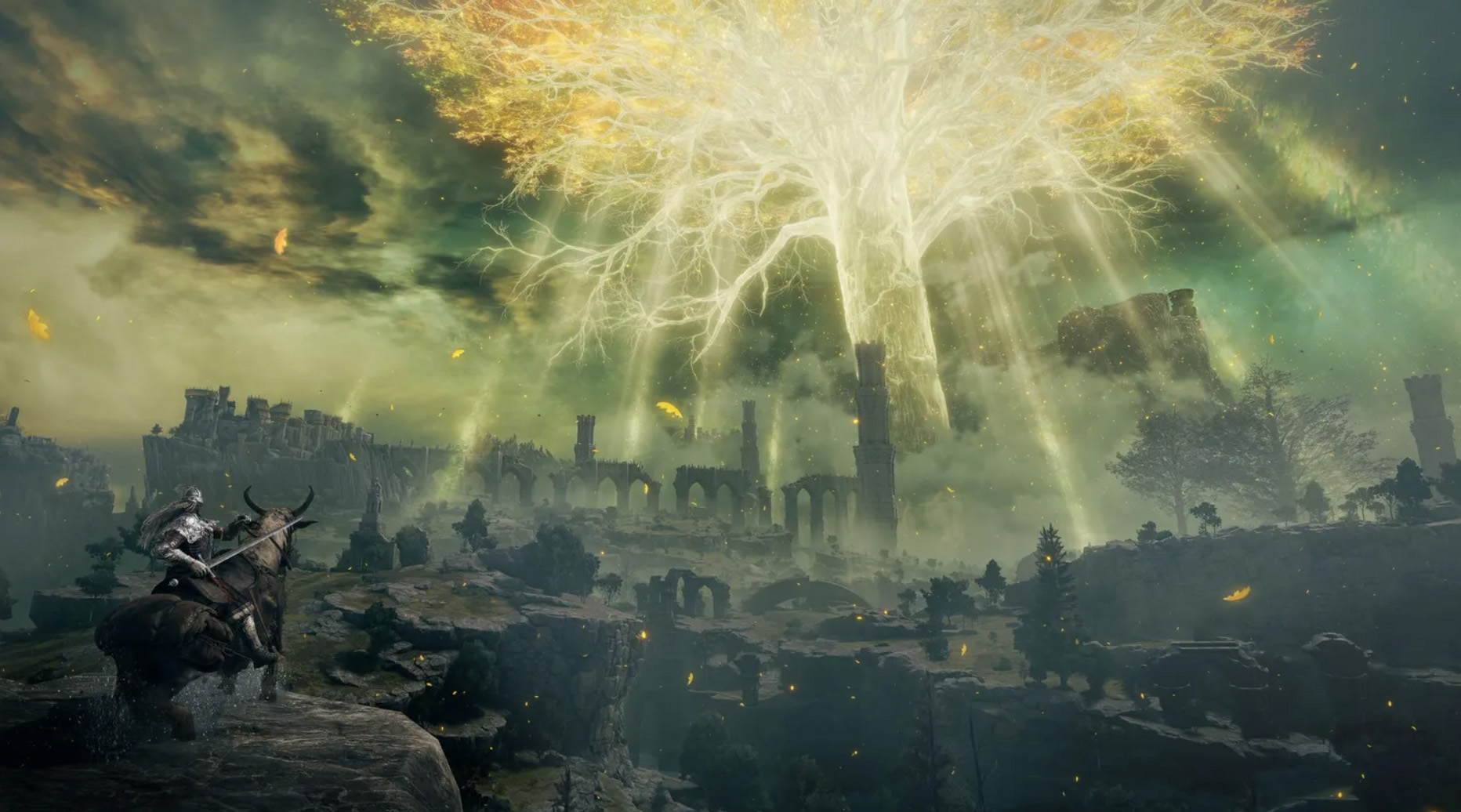 In many contemporary gaming circles, the games developed by Japanese studio FromSoftware, specifically those by auteur director Hidetaka Miyazaki, have grown to immense popularity. These titles have actually defined a new genre of action game dubbed “souls-like,” in reference to Miyazaki’s Demon Souls and Dark Souls, the earliest examples of this format.

When Elden Ring was announced, the fervent anticipation from many in these circles was honestly too much. People just couldn’t stop hyping up this game. Of course, for these fans of Souls, Bloodborne and Sekiro, Elden Ring may really have seemed too good to be true. A collaboration between Miyazaki and “Game of Thrones” author George R.R. Martin, the game was also set to take the souls-like genre into an open world for the first time.

Souls-like games are usually very difficult. Players must travel from checkpoint to checkpoint, fighting monsters to collect a form of in-game currency — in this case, runes —to level up and buy items. Falling in battle means getting sent back to the last checkpoint and dropping everything you’ve collected in that spot. If you are defeated again before recollecting your runes, they are gone forever. Capping off the experience are punishing bosses, who will cause many players to be sent back to checkpoints, potentially dozens of times.

Elden Ring fits squarely into the souls-like genre, though it is the first of FromSoftware’s titles to introduce and include an open world. The Lands Between, Elden Ring’s setting, is massive, littered with checkpoints, called sites of grace. Bosses are found everywhere, from massive threats at the center of sprawling dungeons to random enemies who emerge without warning in the field.

In the years since these games have come into popularity, I have generally shied away from them. The crushing difficulty, the steep consequences for failure, it really just didn’t seem fun.

I tried my hand at one of FromSoftware’s most popular titles, Bloodborne, a few years ago. I appreciated some of the appeals but I grew frustrated by a mid-game boss. It would take 2019’s Star Wars Jedi: Fallen Order, a souls-like based in the familiar universe to get me to buy into the concept.

Because I loved Fallen Order, I decided to try FromSoftware’s Elden Ring when it was released in February, and though it took me nearly four months to conquer the vast challenges of the Lands Between, I emerged a believer.

The setting and world of Elden Ring was reportedly designed by Martin, though the exact scope of his involvement isn’t entirely clear. It is a medieval fantasy setting though I would liken it to a modern post-apocalyptic wasteland. The landscape is dotted with castles, dragons, magic trees and a school for sorcerers, but every settlement is in ruins. The people of the world have been made immortal, warped into twisted monsters, and there is effectively no society to speak of.

Because Elden Ring’s world is ruined, it feels lonely. Most fantasy role-playing games feature settlements of people where players can restock and chat with folks to start sidequests. I almost grew discouraged from exploring at times because the only thing to find was a new big beastie with a new way to show me the iconic “You Died” text. The world is almost suffocating in its hostility.

Players create their own character, a voiceless avatar with a customizable appearance and traits, then set out to claim the Elden Ring and become Elden Lord. The actual story of the game is largely obscured and impossible to actually follow.

The Tarnished travels the Lands Between, slaying monsters, growing in strength, and eventually challenging the shardbearers, demigods who carry the pieces of the Elden Ring. Then they can travel to the base of the Erdtree and attack and dethrone god.

Elden Ring’s open-world is key to its success and its relatively newfound accessibility. While previous souls-like games have been largely linear, traveling from one checkpoint to the next in a straight progression, Elden Ring’s world is massive, and there are checkpoints — called sites of grace — as well as optional dungeons everywhere.

When I tried Bloodborne, I ran into a wall I didn’t care to overcome, quitting the game. When an impassable boss shut me down in Elden Ring, I just went the other way.

When I first challenged Margit, the Fell Omen, the first major boss of the game, I lost quickly and painfully. So I explored for a few hours, took on some smaller dungeons, upgraded my weapons and leveled up. When I returned to that bridge and fought Margit again, it was he who lost decisively.

The combat is intense. Enemies, especially bosses, can take lots of damage and dish plenty back out. Healing potions are limited, so players need to quickly master dodging and blocking attacks.

The best challenges in the game required learning each boss’s attacks and patterns before executing a near-perfect run, emerging unscathed and victorious.

Another way that the combat and challenge of Elden Ring are made more accessible is through the expanded ability to summon help. Other real players can be summoned through multiplayer options, but also spectral versions of enemies can be summoned at almost every significant challenge in the game. There are many bosses I likely could not have conquered without the help of my ghostly pals.

The unique freedom of choice in the game extends to the variety of playstyles on offer. I first started Elden Ring as a spellcaster, firing bolts of magic at foes. Then I learned that some foes could dodge. I switched to a traditional sword and board knight, blocking attacks and then delivering retribution. By the end of the game, I was a samurai with two katanas.

From a fairly early point in the game, players can totally redesign their character and reallocate levels as many times as they want effectively for free. In Elden Ring, you can go in any direction and be whomever you want to be at any time.

Through this freedom of choice and innovative open-world structure, Elden Ring is far more accessible than other souls-likes, and many more players should be able to find success and enjoyment. That said, this game is still brutally difficult.

I found the game’s difficulty followed a sort of inverse bell curve. I was certainly challenged in the early areas, but I found a really great loop for the vast majority of the game that left me constantly moving forward. It wouldn’t be until the very end of the game, and two of the most notorious of its bosses, that I would be stopped in my tracks. Elden Ring is more accessible than its predecessors, but it is not easier.

For that reason, I don’t know who to recommend this game to. There is some brilliant game design here, some truly stellar combat, and challenges that left me shaking and satisfied when I finally saw the words “Great Enemy Felled.” But Elden Ring is overlong and tremendously difficult. This game will do a lot for the right person, but which of those people haven’t played the game yet, months after its release?

Those who are curious about souls-like games, or who enjoyed other titles like the really great Star Wars Jedi: Fallen Order and want more of that should find this the best entry point into FromSoftware's library.

I highly recommend that anyone who takes on Elden Ring not feel any apprehension about consulting a guide or doing some googling. This game keeps its cards close to its chest; there’s rarely any indication about what the actual story is, what items are valuable or what to do next.

My success and enjoyment with this title rest on the back of the considerable online community that surrounds FromSoftware’s games. I consulted a loose flowchart to plan my playthrough of the regions in the game, extensively considered what build I wanted to pursue for my character and followed a guide to achieving the ending I wanted out of six possible.