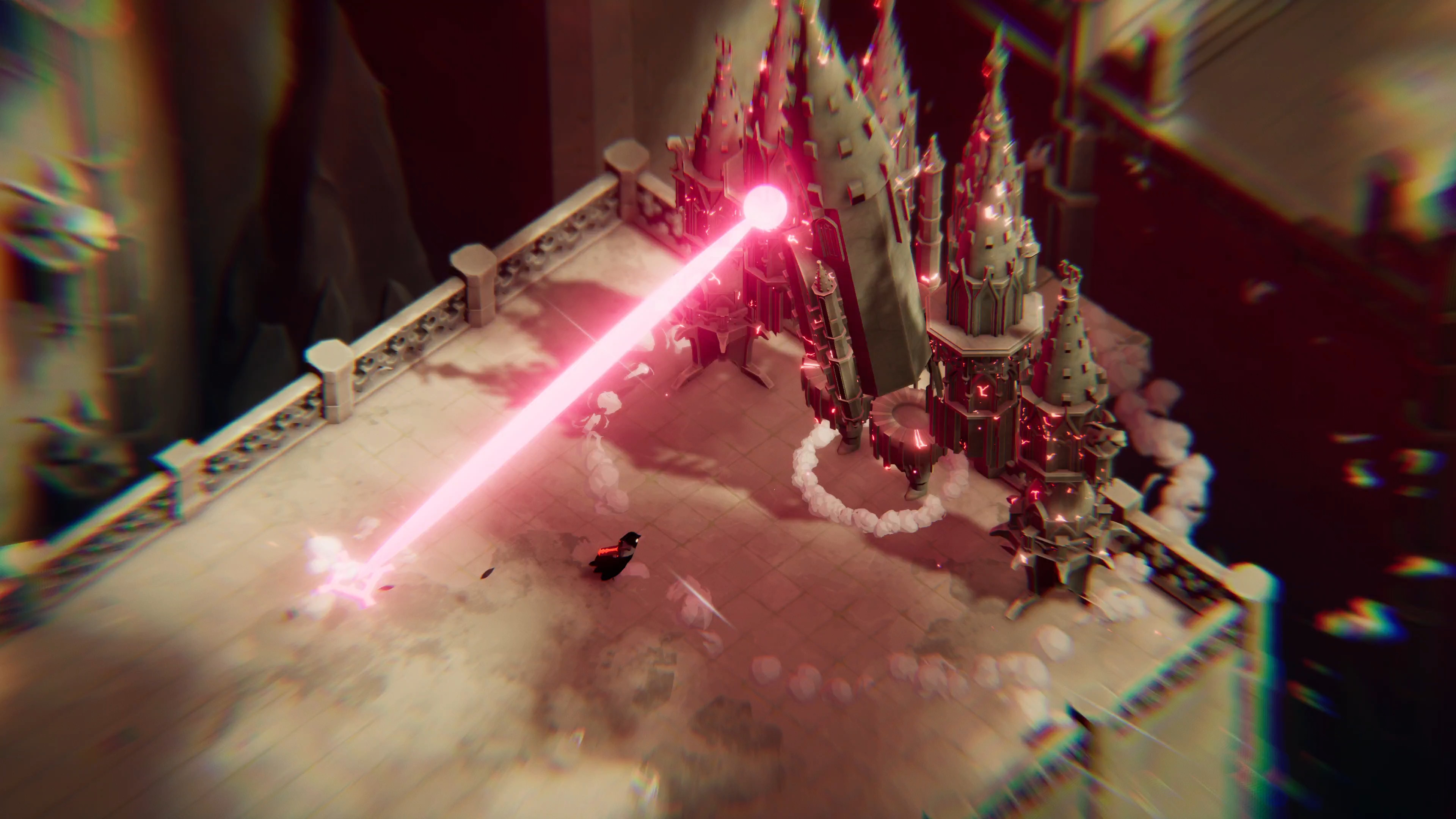 The bosses of "Death's Door" are unique and varied, though I wouldn't have minded a few more of them. Photo Courtesy PC Gamer

A game about reaping souls shouldn’t be this charming. Even before the fun and challenging gameplay, the light and silly energy of “Death’s Door” makes a huge impression. This is a game where players control a crow who hunts down and kills those who are trying to cheat death, but its tone is so playful that its subject material, which could have been very dour, is easily taken in stride.

The Reaper, a small crow with a sword, rides a bus to work every day, clocks on, gets their assignment from Chandler the Handler, then travels through a magical door into the mortal plane to reap souls. When an assignment goes wrong, the Reaper has to go on a grand adventure to claim giant souls, which are souls years beyond their expiration date, and open the titular Death’s Door.

On their adventure players meet a cast of colorful characters and villains, like Pothead, a man whose head was replaced with a pot of soup by a witch. A particular favorite of mine was Agatha the Typist, one of the Reaper’s coworkers who revels in the mountains of paperwork being produced by the Reaper’s exploits.

The writing and the jokes of “Death’s Door” are strong, but the greatest achievement of the game is gameplay. Players are tasked with exploring massive areas and fighting monsters in a gameplay loop that draws heavy inspiration both from earlier 2D “Legend of Zelda” games, as well as “Dark Souls.”

Players work through massive spaces, progressing by fighting enemies and solving puzzles in a very “Zelda” way to unlock shortcuts and doors, which act as fast-travel points, in a very “Souls” way. The gameplay is also very challenging, as the Reaper cannot take many hits, and is sent back to their last door upon each death. Fortunately, the difficulty isn’t quite as punishing as the “Souls” games are famous for, and the shortcuts are pretty generous.

Another mechanic pulled from “Dark Souls” is the accumulation of souls as the player defeats enemies which can be traded for upgrades, though in this case they are not lost upon death.

During the exploration sections, throughout a fairly varied array of environments, players can find several secrets, in the form of collectible items and upgrades to health and magic. The latter follows the traditional “Zelda” formula of collecting a set of health or magic pieces to create a full upgrade, and these were perhaps too well hidden. Though I had around half of the collectible items by the time I rolled credits on the game, I never managed to upgrade my health or magic even once. I was one health piece short of my first upgrade. I would have liked to be able to withstand an additional hit or two during the final boss.

The bosses, of which there are seven in the main story, are standouts. Each has unique mechanics and fun designs. These are where the game gets really challenging as well, especially the last three bosses. Fortunately, none of the fights are terribly long, and each has a checkpoint in the form of a door immediately preceding them, so players can jump right back in unlike “Souls’ games where they’d usually have a considerable run back.

One element that felt missing from boss encounters was any sort of return to checkpoint option. There is no way to restore health in combat, as it can only be restored by using doors or by interacting with special plants. Too often, especially during the final boss, I would make a silly mistake right at the start that cost me one of my four hit points. I would rather have an option to quickly reset the fight than to try to clear the entire encounter with that disadvantage, but the only choices were to keep fighting or get hit until I was sent back to my door.

There are a couple of optional bosses that can be accessed after the game is completed, but they are very difficult, and I did not manage to clear either of them. These are a part of a series of challenges to unlock a hidden ending for the game that connects it to developer Acid Nerve’s previous title: “Titan Souls.”

The requirements to unlock this ending are very demanding, and I knew the challenge wasn’t for me the moment I saw the list, but those who really fall in love with the game can enjoy additional content after completing the story.

For many, the comparison to “Dark Souls” may be enough to completely write off the game. for many. I would stress that though the format is similar, the level of challenge isn’t nearly as punishing. The challenge feels almost perfectly balanced, and I never felt that any boss was outside of my ability to vanquish. “Death’s Door” offers a charming and, challengingg, experience that I found well worth my time. The game also doesn’t overstay its welcome, running me around eight hours.