Entertainment Headlines for July 2022: Something for everyone; minions, gods of thunder, a rom-com and a horror film 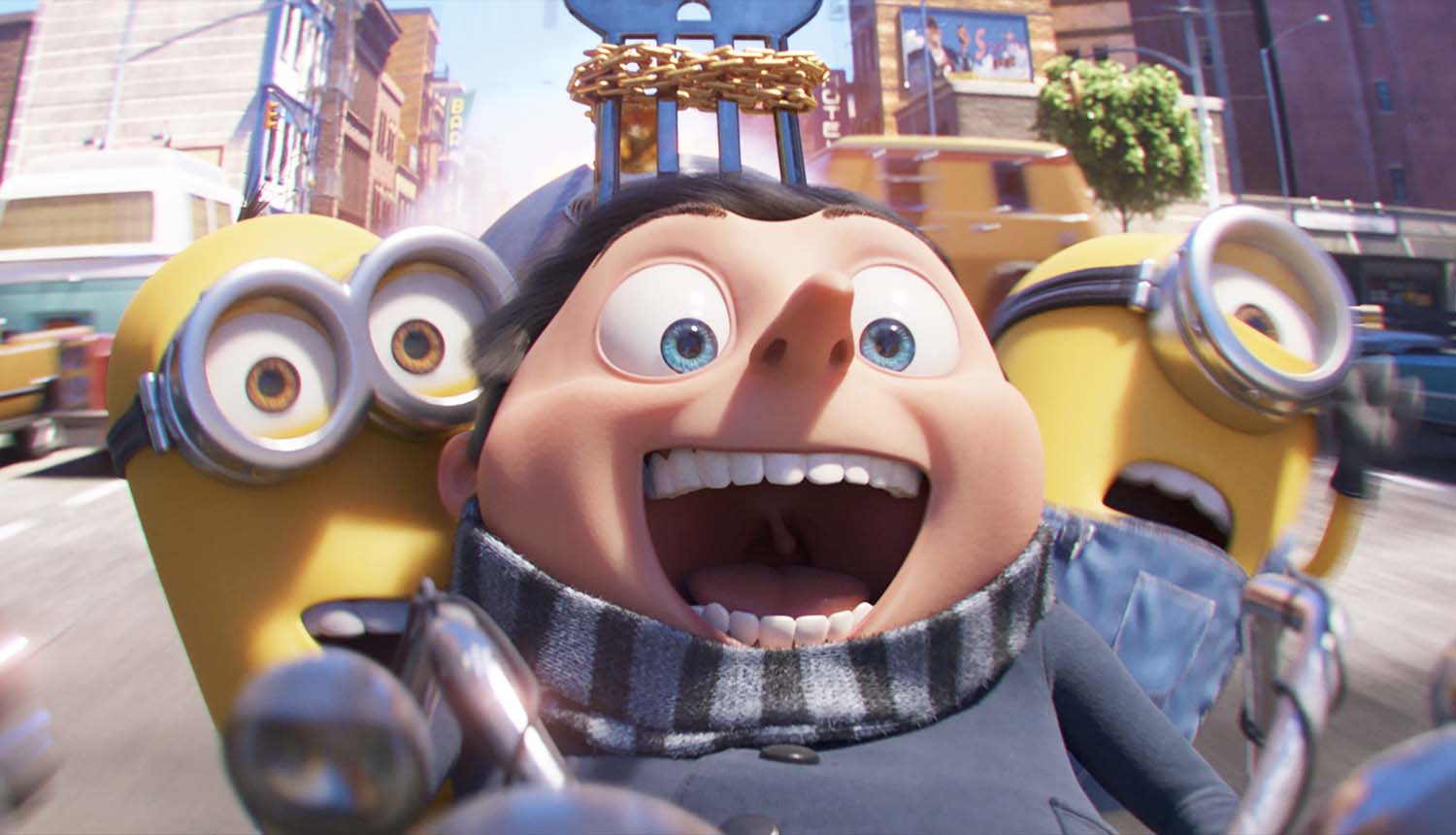 The first major film this month is "Minions: Rise of Gru," which features the return of Steve Carell as a younger Gru. Photo Courtesy Illumination

July is a great month for families, with quality animated family films dropping at both ends of the month in “Minions” and “DC League of Super-Pets.” There’s plenty else to be excited about such as the God of Thunder’s fourth outing in “Thor: Love and Thunder,” Jordan Peele’s latest: “Nope,” and plenty of streaming series and movies to fill these sunny summer afternoons.

“Minions: The Rise of Gru” is somehow the fifth film to feature the all-to-familiar loud yellow beans. Since “Despicable Me” was released in 2010, the Minions have regularly returned to theaters, to the delight of children, perhaps less so their parents. That said, as far as family fare goes, Illumination —The animation studio behind “Despicable Me,” “Sing” and “The Secret Life of Pets” —  has proven able to put out quality films consistently across this franchise and others. “Rise of Gru” has been reviewed relatively well compared to the original “Minions” and the most recent “Despicable Me.” The film has also been picked up as a significant joke on social media platforms like TikTok, where users are hyping up the film and attending in suits. Families and social media jokesters in suits will hopefully find everything they’re looking for in the theater when the film releases on July 1.

“Thor: Love and Thunder” is the fourth film to star Chris Hemsworth as the titular god of thunder and the first film to star Natalie Portman as the titular god of thunder. The film is directed by Taika Waititi, who also helmed the last film, “Thor: Ragnarok.” Set in the aftermath of “Avengers: Endgame,” Thor is still trying to find himself. Traveling with the Guardians of the Galaxy, he is quickly wrapped in a new adventure alongside one-time girlfriend and full-time astrophysicist Jane Foster. Foster has somehow obtained the power of Thor and becomes a superhero in her own right, as the character did in the comics. I’m wholly bought into the MCU at this point and would probably see anything they put out, but a new Waititi-led Thor film will almost certainly be a special delight when the film releases on July 9.

“Nope” is the third film by director Jordan Peele. Peele’s horror films have been among the best in the genre since he released “Get Out” in 2017. Between “Get Out” and “Us,” Peele’s name is all I need to get out to theaters, and I would have loved to see this without knowing anything about it. The main characters — played by film stars Keke Palmer and Daniel Kaluuya —  are siblings who own a ranch. When strange things begin to happen, they try to collect video evidence. Spooky things occur. The film will be released on July 22.

“DC League of Super-Pets” is another family-friendly animated film. Dwayne Johnson stars as Krypto the Superdog, who has to assemble a team of superpowered pets to save the Justice League. A star-studded cast and a team of cute pets check a lot of the boxes for success. Warner Animation Group doesn’t have quite the spotless record of some of its peers but has put out some stellar films in the past.  The film releases on July 29 in theaters.

As Dusk Falls is a narrative adventure game described as an interactive drama. It depicts the lives of two families across three decades, beginning with a robbery gone wrong in Arizona. It has a unique art style, depicted with moving art rather than with 3D models. The game is played like many contemporary narrative games, with players making decisions that affect outcomes. The game has been designed with group play in mind, allowing up to 8 players to connect using controllers or smartphones and vote on these decisions. As Dusk Falls will be available as part of the Xbox Game Pass when it releases on July 19.

Stray has been making waves since it was first announced around a year ago. Players explore a cyberpunk city inhabited by robots as a small orange cat. It’s not entirely clear what the story of the game will be, though trailers have shown the cat exploring the city, interacting with friendly robots, and hiding from hostile sentries. The vibes of the darkened city lit with neon lights are immediately appealing, and I’m tremendously excited to explore this beautiful world when the game releases on July 19. Stray will also be included as part of the PlayStation Plus Extra tier.

Netflix is staying busy this month, with several movies and series coming out. The first major release is “Hello, Goodbye, and Everything In-Between,” a rom-com starring Talia Ryder and Jordan Fisher as a high-school couple who made a pact to break up before going to college. They send off their relationship with a final date reliving the highs and lows of their relationship. The film comes to the service on July 6.

“The Sea Beast” is an animated adventure film coming to Netflix on July 8. The film is directed by Chris Williams, known for directing “Big Hero 6” and “Moana.” It follows a young girl who stows away on a ship of monster hunters, hoping to become a hero like them. Karl Urban voices a legendary monster hunter, and newcomer Zaris-Angel Hator portrays the young girl who follows in his footsteps. Reviews have been very positive, and this may windup an underrated standout of the summer.

“The Gray Man” is Netflix’s biggest summer film. It is directed by the Russo Brothers and written by Christopher Markus and Stephen McFeely, the combined writing and directing team behind “Captain America: The Winter Soldier,” “Captain America: Civil War,” “Avengers: Infinity War” and “Avengers: Endgame.” It stars Ryan Gosling, Chris Evans and Ana De Armas. Gosling plays a mercenary who discovers CIA secrets and is forced to go on the run. Netflix is putting a lot of money into this one, and it’s set up to be a blockbuster when it releases on July 22.

Disney+ continues its “Ms. Marvel” series and debuts the third season of “High School Musical: The Musical: The Series.” Season 2 didn’t hit as hard as season 1 did when Disney+ first came out, but season 3 is poised to bring the series back to its original success; set in a summer camp, featuring “Frozen” as the traditional musical finale. Disney already confirmed a fourth season, months ahead of the premiere of season 3, which shows that they’re much more confident than they were last time around. The season premieres July 27.

Hulu features the R-rated “The Princess” this month, premiering July 1. It’s a bloody action film starring Joey King as a princess who fights her way out of the tower and takes revenge against the man she was arranged to marry. Reviews are very mixed, but there sounds to be some fun to be had watching the princess get some overdue payback.