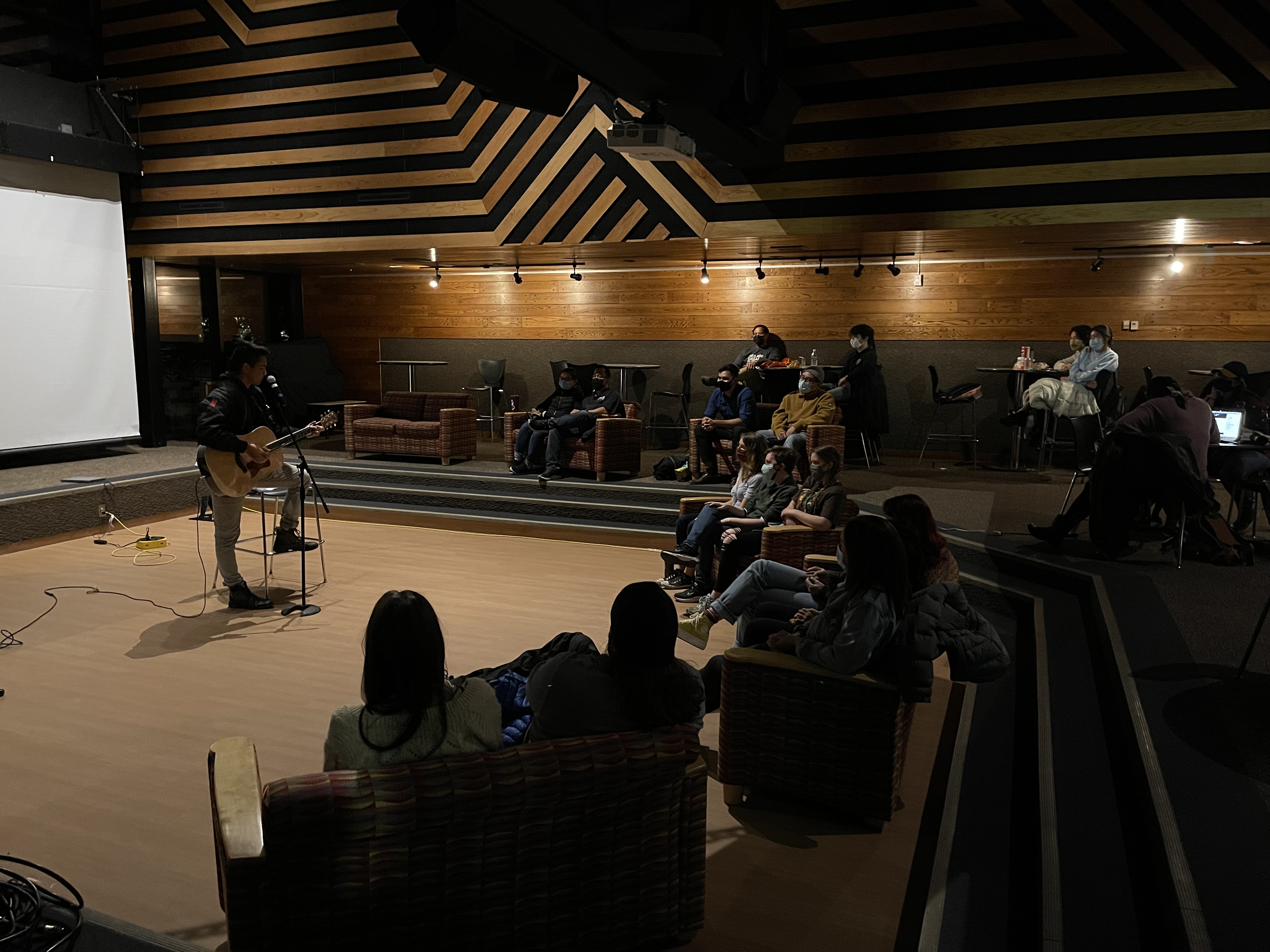 Open Mic Nights are held  about once a month by UAA Student Activities in the Den in the Student Union. This October, Open Mic Night was held on the 13th and was framed in part as an event commemorating Filipino American History Month. Three videos from Filipino American creators were set to be shown between performances, authentic Filipino snacks were available for free and JR De Guzman, a professional comedian of Filipino American descent, was present to do a set during the second hour of the event.

No one signed up to perform. No karaoke, no poetry, no performances at all. Student Activities Coordinator Corey Miller sang “Sweet Caroline” to break the ice, but none of the students in attendance stepped forward. All three videos were shown to fill time while waiting for people to sign up. These included a spoken word poem, a rap song and a documentary-style video, each averaging around three minutes.

With still no one signed up to perform, out of nearly two dozen students in attendance, the MC of the event opened the floor to discussion, asking “How did those videos make you feel?” After a bit of prodding, students began opening up, discussing their own connections to their heritage, Filipino or otherwise, as well as their experiences with racism.

Over the course of the next thirty minutes or so, at least a dozen students spoke up, describing their struggles with responding when people ask “Where do you come from?” Describing how their parents refused to teach them the language of their ancestors out of fear that they would be bullied at school. Describing several other issues connected to racism and heritage. The microphone was passed between participants as people shared their own pain and offered affirmation to others. It was a powerful and heavy conversation that arose almost completely from nothing.

Guzman took the stage following the conclusion of the conversation.

“That was heavy, intimate stuff. I feel like I was learning something back there,” Guzman said.

Guzman’s set was decidedly lighter than the first hour of the event, mostly consisting of musical comedy, but his content was still heavily tied to issues of racism and culture. Guzman also spent quite a bit of time talking about the shampoo and conditioner preferences of the audience.

It’s probably safe to assume that the next Open Mic Night won’t be quite the same as this one, but anything could happen. The conversation that night was something special, even to the eye of this very white observer, and Guzman’s set was hilarious. Miller said in an interview back in September that Open Mic Nights in the Den used to be pretty popular events prior to the COVID-19 pandemic, and it’s clear to see why. Hopefully next time a few students make it up on stage.