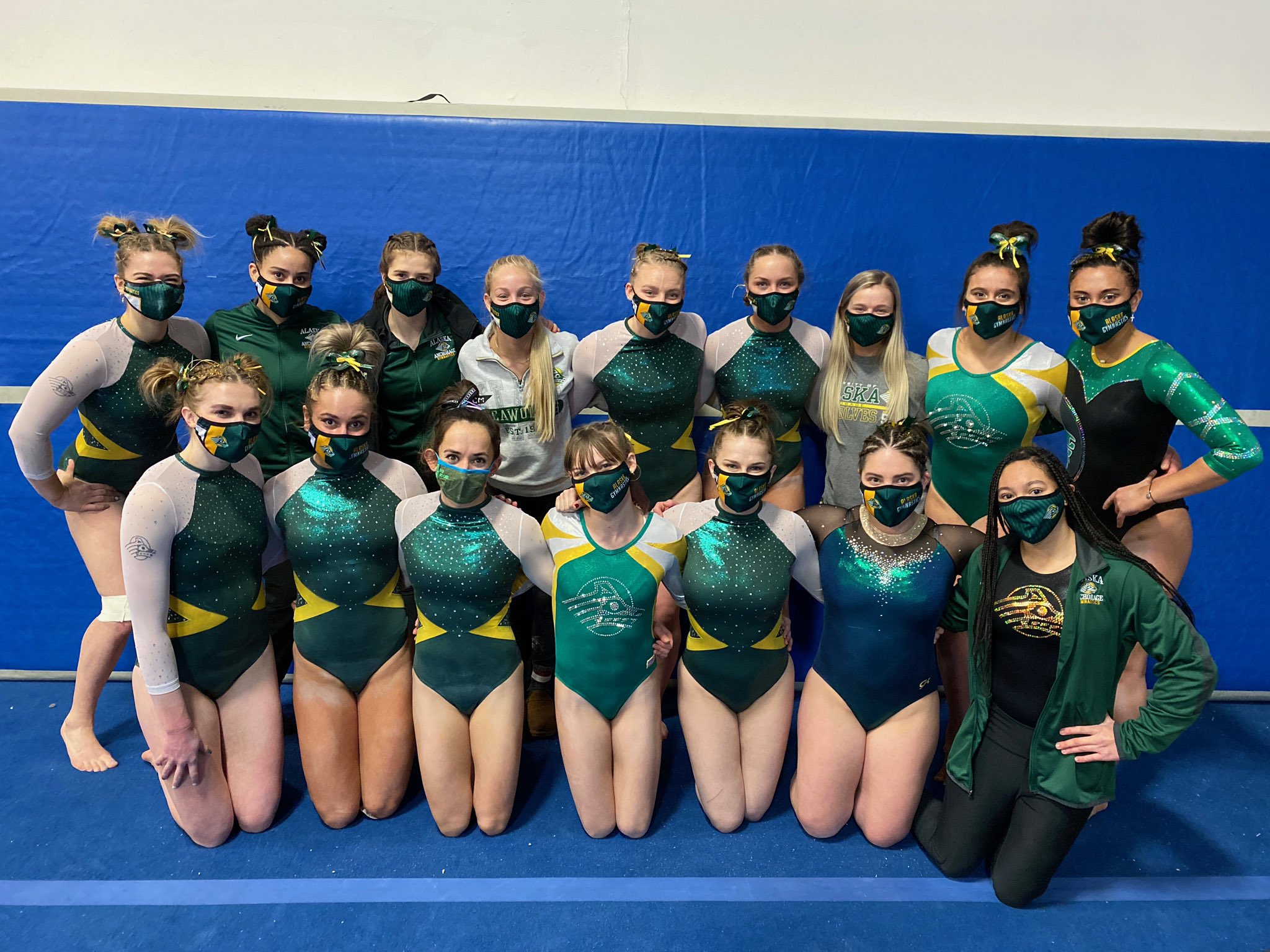 UAA's Gymnastics team was unable to compete during the 2020-2021 season, but masked-up and practiced throughout the year. Photo courtesy UAA Gymnastics

In Sep. 2020, UAA’s Board of Regents voted to eliminate gymnastics, hockey and alpine skiing unless they could raise funds to cover two years of operations. For UAA’s gymnastics team, this meant $880,000. The deadline for the first year’s expenses, $440,000, was originally set for Feb. 15, 2021, but was extended to Jun. 30. Just over two months away from the looming deadline, the gymnastics team is very optimistic about hitting the goal for this year and next, earning a chance at full reinstatement in the process.

UAA gymnastics head coach, Marie-Sophie Boggasch, spoke to The Northern Light about the fundraising effort, which has currently amassed $540,000. This is not actually enough to meet the $440,000 cash required in June, as some of that total consists of pledges and gifts.

Boggasch stated that while they haven’t yet covered the first year’s goal, the team is very close, and are feeling “very, very positive.”

Boggasch also pointed to other ongoing sources of income; the Save Our Seawolves Spring silent auction, which runs until Apr. 27 and the Flippin’ 5K, a virtual event running until Apr. 30. The team hopes that proceeds from these events will push them officially over their first goal. The team is also accepting donations via GoFundMe.

Between the April fundraising events and converting pledges into cash ahead of the June deadline, Boggasch says the team feels very secure that they can meet the $440,000 goal, and the team is already preparing fundraising events for the fall semester, beginning in August. These could include gymnastics camps and clinics, as well as gymnastics invitationals partnered with local gyms.

The gymnastics team was unable to compete during the 2020-2021 season, all competitions having been canceled by then-Chancellor Sandeen. The team still managed to practice wearing masks despite that and other setbacks related to the pandemic.

Boggasch says the gymnastics team can be a face for UAA. She says her athletes can be role models, describing “little girls… looking up to our women and trying to step in their footsteps, potentially considering the University of Alaska as their higher education.”