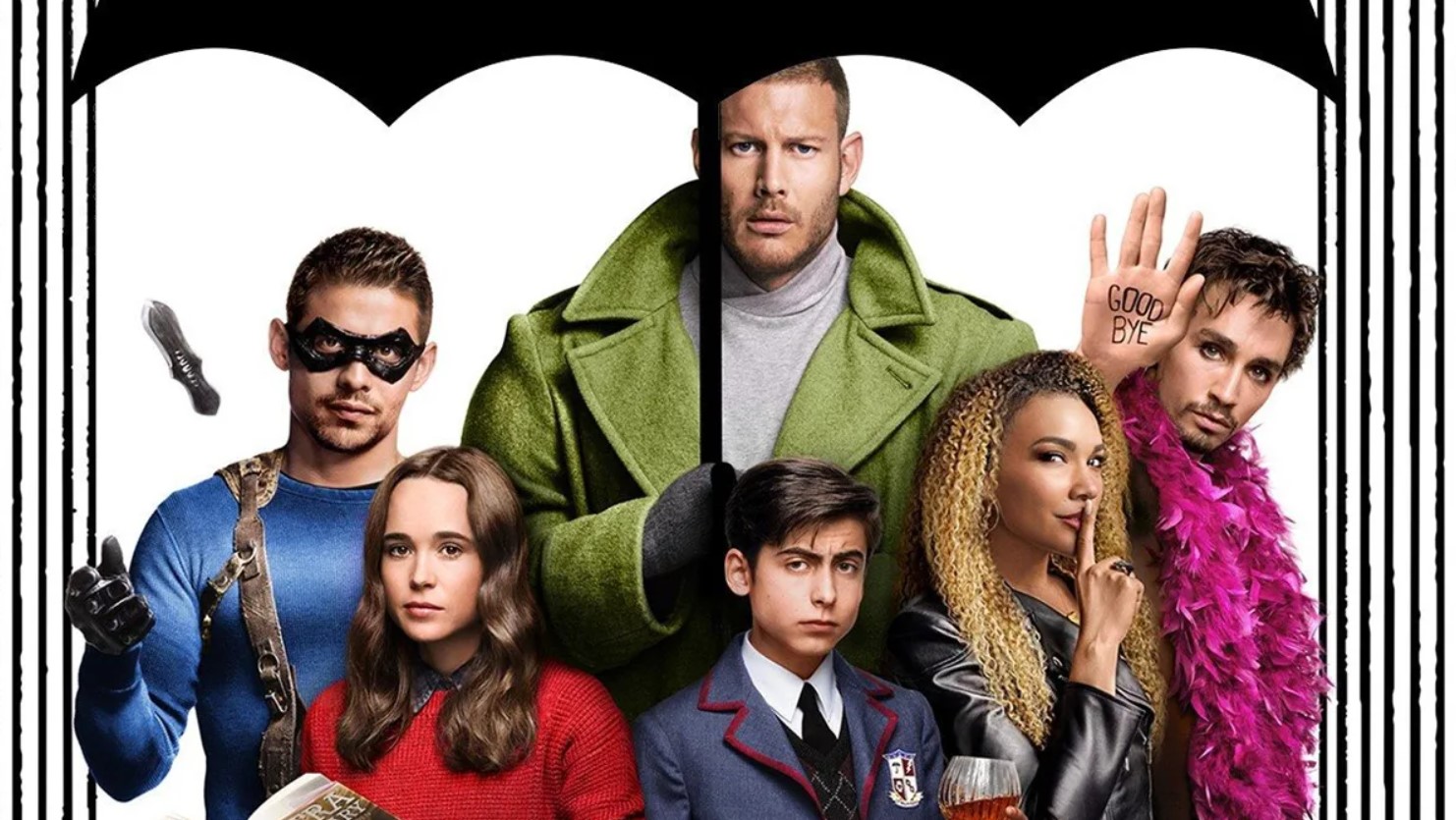 The Umbrella Academy is about a family with extraordinary powers that will hopefully save the world. Image Courtesy of webp.

With everything going on these past few months it may feel like the end of the world is close, but in this show, the end of the world just keep’s coming. The first season of “The Umbrella Academy”  focuses on a super family trying to save the world. It was released on Feb. 26 2019, and was created by Steve Blackman and Jeremy Slater.

The show, as a whole, has won 7 awards and has been nominated for 26. Some of the awards include two Primetime Emmys for Outstanding Special Visual Effects and for Outstanding Production Design for a Narrative Contemporary Program. This action-adventure comedy is about an old comic book called “The Umbrella Academy”. Riginald Hargreeves adopted 7 special children all born on the same day and hour, but the women who gave birth to the children were not pregnant when the day began. These children grew up to have special abilities that he thought would one day save the world.

All seven children were played by: Elliot Page as Vanya, Tom Hopper as Luther, David Casteneta as Diego, Emmy Raver Lampman as Allison, Robert Sheehan as Klaus, Aidan Gallagher as Five, and Justin Min as Ben.

Some interesting facts about the show is that My Chemical Romance frontman Gerald Way penned the original comic series. And since Aidan Gallagher is underage, due to child labor laws he wasn’t allowed to be in the gunfights so they used a body double.

I was recommended this show a while ago but I didn’t really give it a chance because I didn’t think I would like the show, but I was pleasantly surprised. This is definitely a dark comic book type of show. I think a show like this benefits the more long-formed episodes Netflix usually does. Since it deals with multiple timelines, the more long-formed episodic format is a lot better than just a 25-minute episode format most shows go by.

Something upon re-watching that I like was how the plot of the first season is very comic book like. Usually in comic books the bad guy is obsessed with the superhero or has a vendetta against the superhero, and I like that format. I think it’s a lot more simple and refreshing as opposed to the second season’s plot.

So far there are only two seasons, but I’m excited to see a third.

Do you have any recommendations on what TV Shows I should look into next? Send your suggestions to news2@thenorthernlight.org