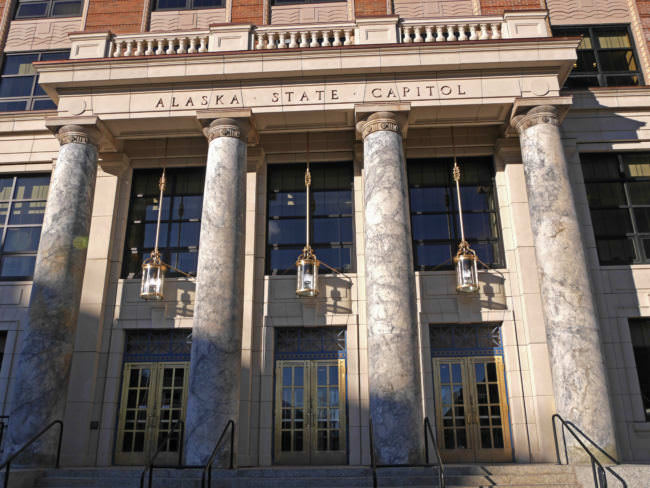 On Jan 18, Alaska House Representative Andy Josephson introduced House Bill 229. The bill is designed to protect the Higher Education Investment Fund from being drained of money at the end of the state’s fiscal year. The HEIF pays for several scholarships and failure to protect it would result in uncertainty about the long-term stability of the programs.

The HEIF was created in 2012 by the state. In a meeting before the state house finance committee on March 10, Josephson said the fund was set up when the state was flush with cash. Initially, it was funded with $400 million and there were two scholarships it provided for: the merit-based Alaska Performance Scholarship and the needs-based Alaska Education Grant.

Presenting to the same committee, Elise Sorum-Birk, staff member to Josephson, described the history of the fund. In 2015, money was approved to pay for a scholarship for WWAMI students. Money from the fund was also used to help pay for state libraries, museums and the state’s retirement system.

Issues surrounding the stability of the HEIF started in 2019. There are two different problems related to it. The first is a question of whether or not the account is considered to be a part of the state’s general fund. The second problem stems from a failure of the state Legislature to vote for what is known as a “reverse sweep” at the end of the state’s fiscal year.

Regarding the first issue, it is important to distinguish between the Constitutional Budget Reserve and the state’s general fund. As described in an article from KTOO, The CBR can be thought of as the state’s piggy bank. The general fund is made up of various accounts that, in addition to others, pay for the money the state spends.

Alaska State Attorney General Treg Taylor said in a statement from the governor’s office that Alaska’s constitution requires any money leftover in general fund accounts to be paid back to the CBR at the end of the fiscal year.

Think of it like a car loan: you get a loan for $10,000 but you only end up needing $7,000 for the car you purchase. The leftover $3,000 would go back to the bank. In this case the bank is the CBR, and the loan is an account in the general fund. This process is called a “sweep,” and happens on the last day of the state’s fiscal year June 30.

According to Josephson, only $20-$30 million dollars are drawn each year from the HEIF. This means there is always money left over. But, up until 2019, it was not considered to be a part of the general fund, so the money did not get swept back into the CBR at the end of the year.

As mentioned above, there is a second aspect to the problem confronting the HEIF. While the account technically became sweepable by the Dunleavy administration, the state Legislature normally holds a vote at 12:01am on July 1, to do a “reverse sweep.” The reverse sweep sends money that was swept in to the CBR back out to accounts in the general fund. This process was laid out in an article by James Brook in the ADN.

This is done because there are many programs that need constant funding to function. Using the car loan analogy, imagine you kept the $3,000 leftover to help pay for gas and car insurance. Let’s say the bank asked for that extra money back and you returned it. Then, the very next day, you got a new loan from the bank for $3,000. This is basically what happens at midnight on July 1.

While this back and forth may seem asinine and mere accounting sophistry, the reason for it has to do with the original intent of the CBR. The fund was set up, according to Alaska Department of Revenue’s website, to “provide fiscal stability,” and the state is required to pay back any money taken out of it.

To draw funds from the CBR, as happens in the reverse sweep, Alaska’s constitution requires three-fourths of legislatures to approve. In 2019, republican lawmakers held up the vote and some accounts, in addition to the HEIF, were drained of money. Later that year they came to an agreement were able to have a reverse sweep passed and funds were restored to the HEIF.

In 2021, the legislature again failed to vote on the reverse sweep, but this time they were unable to come up with a solution, according to Josephson. This has led to the HEIF having all its funds moved to the CBR.

As reported by Alaska Public Media, earlier this year four university of Alaska students filed a lawsuit against the Dunleavy administration, challenging the sweep of the funds into the CBR.  On Feb 17, Judge Adolph Zeman ruled against the students saying that actions of the sweep were in line with the state’s laws.

Even though the money behind the scholarships has been removed, the scholarships themselves were paid for in the 2022 school year by the state, according to Josephson. Also, as stated on the governor’s website, the budget proposal includes funding for them in 2023.

This method of paying for the three scholarships would mean subjecting them to a yearly vote by the Legislature, meaning there is less guarantee for students that money will be there long term.

As Josephson said in a committee meeting on Feb 7, students facing this uncertainty would wonder “why am I staying in Alaska where every year I have to hold my breath and ask myself: will there be new general fund funding?”

In the March 10 finance committee meeting, Chad Hutchison, director of state relations for University of Alaska,  said that during frank conversations with the University of Washington, the medical school said the instability of funding for WWAMI could result in Alaska being cut from the program.

HB 229 does several things to help protect the account from being swept each year. They all involve clearly indicating that the HEIF is a separate fund and not a part of the general fund. This includes calling the HEIF a separate fund and labeling it a trust. Also, it moves the fund into the Alaska Student Loan Corporation as a subsidiary.

Josephson described these as “layers of armor” to protect the fund from being a part of the yearly sweep. According to him, these actions will be read by Alaska state courts as clear indicators that the HEIF is separate from the general fund and therefore cannot be swept.

There are some other bills making their way through the state Legislature that seek to protect the HEIF, though if any of them pass, there will still need to be another vote by the Legislature to recapitalize the account. If using new funding, this would require a simple majority vote plus approval from the governor according to Josephson. To bring funds back from the CBR would require the approval of a three-fourths supermajority of the Legislature.