Need a break? Watch one of the ‘Top 10 TV Shows in the U.S Today’ on Netflix 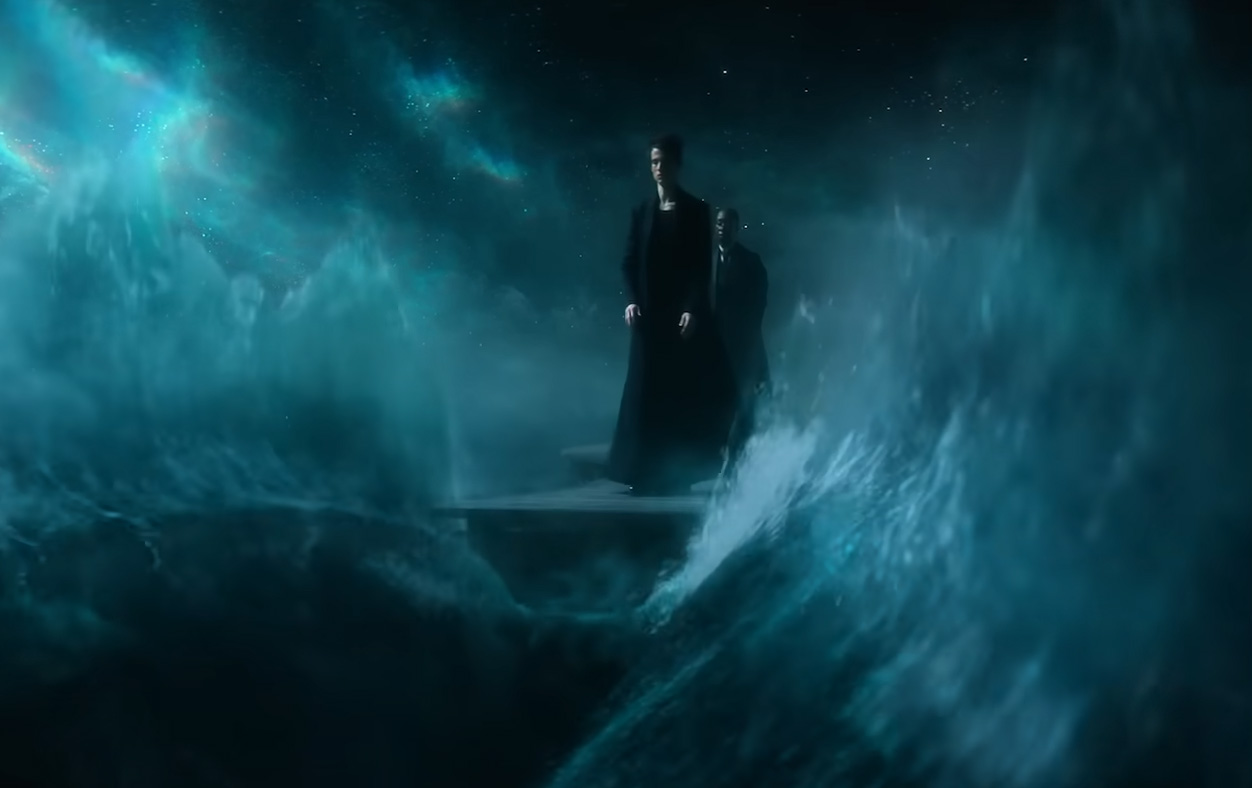 "The Sandman" is based on a graphic novel by famed sci-fi author Neil Gaiman. (Photo Courtesy Netflix)

A new semester is starting for university students who may already be overwhelmed looking at what is ahead of them in their classes. In the next coming weeks, it will be healthy to take a break time from time. If you realize you have been studying or working on homework for hours, watch an episode of one of the Top 10 TV Shows in the U.S Today on Netflix to refuel your brain and take a break.

The Top 10 TV Shows in the U.S Today as of September 1st are:

8. Never Have I Ever

Number one in the U.S Today is “Echoes” starring Michelle Monaghan. As read on Netflix, it is a series about identical twins who have secretly switched places for years, but suddenly one of them goes missing. It is categorized as a mystery, a drama, and a thriller. You will be on the end of your seat to know what happens next. Despite being so high on the list, the reviews have been relatively poor. On Rotten Tomatoes, the scores are shown to be low with the critics rating on average 25% and the audience rating on average 46%. However, you can also make the judgment for yourself after watching at least one episode.

Number two in the U.S Today is “I am a Killer,” a documentary series. “I am a Killer” Netflix describes, “Death row inmates convicted of capital murder give firsthand accounts of their crimes” in this series. If you are looking for crime TV or a documentary series, this may be the one for you. On Google Reviews, it receives an average of 3.8 out of 5 stars with the majority of the votes being 5 stars. An average rating for a TV series, but it might just come down to your personal preference.

Number three in the U.S Today is “Partner Track” starring Arden Cho. As explained on Netflix, the show follows the story of Ingrid Yun fighting to make partner at an elite NYC law firm. She must hold onto her principles “while balancing romance, friends, and family expectations.” The series is based on Helen Wan’s 2013 novel The Partner Track. It has been adapted into a TV Drama that is said to be heartfelt according to Netflix. “Partner Track” has a higher rating than the first two on the list. On Rotten Tomatoes, the scores by critics are at 56% while the audience scores are close behind at 52%. Perfect for those college students who want to take a break from actually studying law.

Number four in the U.S Today is “The Sandman” starring Tom Sturridge. The description on Netflix describes the series as “Morpheus—the King of Dreams—embarking on a journey across worlds to find what was stolen from him and restore his power.” Earlier in the week, “The Sandman” was higher on this list, but still has amazing reviews. On Rotten Tomatoes, the scores are impressively high with the critics score at 87%, followed by an audience score of 83%. If you like dramatic fantasy series, this is the world for you to take a break in.

Number five in the U.S Today is “High Heat” starring Edurado Capetillo. As read on Netflix, “when clues to his brother’s murder lead Poncho to a fire brigade, he joins it to investigate further and finds romance, family… and a serial killer.” This is a special show for Netflix as it is a Spanish language crime drama. Since this is a fairly new series to Netflix, there are not many reviews. IMDb has a rating of 5.7/10 and OTTplay rates it 2.5/5. On average, it rates at 54%. If you end up watching this series, write a review and help others know if it is worth the watch.

Number six in the U.S Today is “Selling the OC,” a reality TV show. The description on Netflix reads, “The Oppenheim Group expands to Orange County, where an all-new real estate team shows off lavish oceanfront listings and big personalities make waves.” The ratings for this series is the lowest so far on this list. On Google Reviews, the average rating is 1.4 out of 5 stars with most reviews rating it with one star. This is the only reality TV series in the top 10 on Netflix right now. Don’t let the reviews scare you away if you like reality TV. This may be the series to help you take a break.

Number seven in the U.S Today is “Stranger Things,” a popular TV series. It has been highly rated by views and stands at a 4.8 out of 5 stars on Google Ratings. “Stranger Things” recently ended on their Season 4 finale and has been moving steadily down the top 10 list. If you have not watched “Stranger Things” or know what it is about, Netflix explains, “When a young boy vanishes, a small town uncovers a mystery involving secret experiments, terrifying supernatural forces and one strange little girl.” It is categorized as Sci-FI and Horror. If you want something ominous and scary, this might be the series for you.

Number eight in the U.S Today is “Never Have I Ever,” a TV dramedy. As read on Netflix, “after a traumatic year, an Indian-American teen just wants to spruce up her social status—but friends, family and feelings won’t make it easy on her. As we get lower on the list, the ratings are getting higher. “Never Have I Ever” has received a rating of 4.7 out of 5 stars on Google Ratings and an average rating of 91% on Rotten Tomatoes. If you want a casual viewing that is quirky, this may be the series to help you destress.

Number nine in the U.S Today is “Virgin River,” starring Alexandra Breckenridge. “Virgin River”  Netflix explains, “searching for a fresh start, a nurse practitioner moves from LA to a remote northern California town and is surprised by what — and who — she finds.” This may be perfect for those who are coming from the rurals towns to attend school in a bigger city. It is categorized as medical TV and romantic TV on Netflix. If you want something heartfelt, intimate and emotional, this series has it all. It has average high ratings. Rotten Tomatoes has an average critics score of 84% and an average audience score of 58%. That is a significant difference so you may have to be the judge.

Number ten in the U.S Today is “Mo,” starring Tobe Nwigwe. As read on Netflix, “in Texas, Mo straddles the line between two cultures, three languages and a pending asylum request while hustling to support his Palestinian family. It is categorized as social issue TV, TV dramas, and TV comedies by Netflix. Although being the last on this list, “Mo” has the highest ratings so far. Rotten Tomatoes has an average critic score of 100% and an average audience score of 91%. It has the reviews and if this sounds like an show you would be interested in, it might be worth the watch,

These are the Top 10 TV Shows in the U.S Today as of September 1, 2022. If you need a break from studying, try watching an episode or two of one of these series. If not one of these, Netflix and other streaming services have something for you. Take a break and then get back to studying!