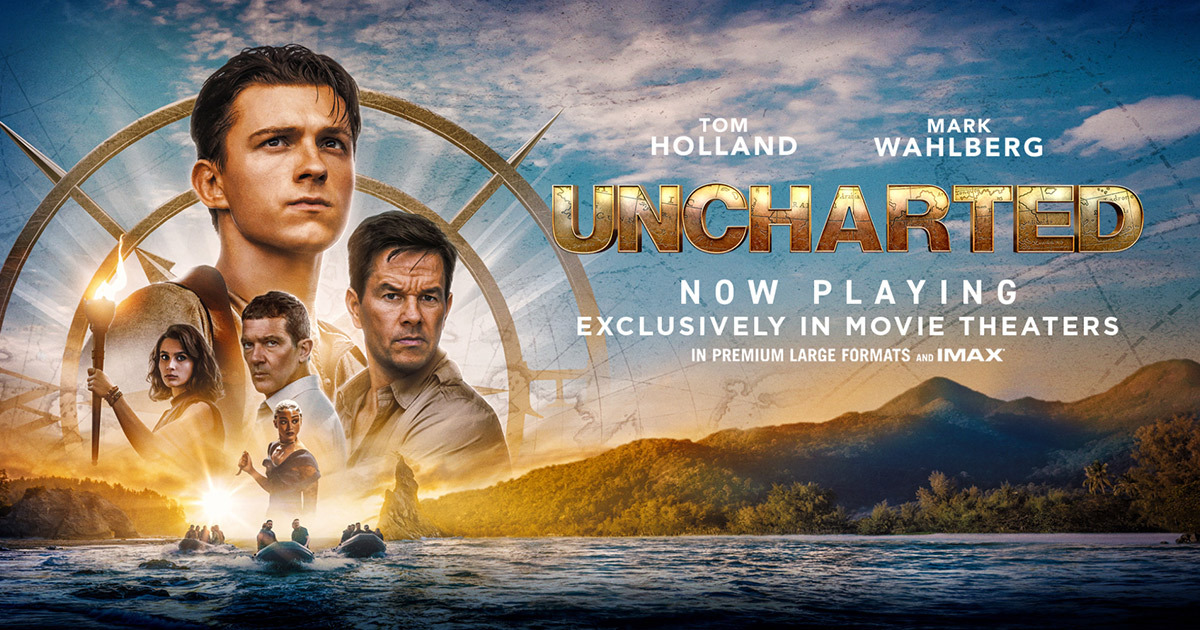 Sony Pictures' newest film adaptation of a video game certainly sold tickets, reaching the mark of $51 million during its opening weekend. That’s the highest-grossing opening weekend since “Spider-Man: No Way Home”, another Sony Pictures film, in mid-December. But did “Uncharted” top the charts only because of the popularity of Spider-Man star Tom Holland in a new franchise, or was it actually good? Did Sony succeed in bringing the beloved Playstation franchise to the big screen, or does it join the long lost of poorly received video-game movies, like 1993’s “Super Mario Bros.”?

Tom Holland and Mark Wahlberg star in “Uncharted,” an action-adventure movie following Nathan Drake, a street kid and pickpocket in New York City, and his search to recover the lost fortune of Ferdinand Magellan following his recruitment by Victor Sullivan, an experienced treasure hunter.

Part heist movie, filled with twists and backstabs at every opportunity, part “Indiana Jones”, filled with adventure and ancient relics, “Uncharted” takes you on a wild chase around the globe with plenty of unexpected twists and over-the-top explosions to keep you engaged. For fans of the “Uncharted” series, and those seeking a fun night watching quick-paced action, “Uncharted” delivers well enough, and is probably worth watching. If you can make it to the theaters in the coming weeks, “Uncharted” is very much a movie that benefits from the cinematics of the big screen.

Beyond this point contains spoilers.

For a movie with a wide array of characters and a non-linear, twist-heavy storyline, “Uncharted” did a solid, if not perfect, job of making those characters easy to distinguish and keep track of. Their motives seemed consistent and while each betrayal was unexpected, they weren’t out of line. Mostly. In addition, those characters were well-cast, and the actors felt natural in the roles. Again, mostly.

When Chloe, played by Sophia Taylor Ali, betrayed Holland’s Nathan Drake in the Roman storeroom, it came as a shock. Obviously, it was meant to be an unforeseen betrayal, yet placing it so quickly after what felt like genuine character development in the flooding scene just prior seemed like the wrong way to go for those characters. It also felt as if Chloe’s character was mostly abandoned after that point - a short reunion after the airplane jump in the Philippines, but nothing of substance.

While Wahlberg’s Sully and Antonio Banderas as Santiago Moncada were fantastic, fans of the “Uncharted” games probably noticed that Tom Holland in the role of Nathan Drake felt, well, wrong. Without a doubt, Sony cast Holland in the role following his massive success and popularity in the role of Spider-Man in their other major franchise. Honestly, I came into the theater thinking that and expecting Holland’s portrayal of Drake to be inadequate.

While ultimately Holland is certainly not the Nathan Drake we know from the games, I was pleasantly surprised by how well he did with the role. Likely in most part due to how well he and Wahlberg’s Sully played off of each other. At the very least, the humor played between the two set off audible laughs throughout the crowd more than just a few times during the showing.

Holland of course has a lot of experience with high-intensity action sequences through his Spider-Man films, and he makes use of it in “Uncharted.” The action and fight scenes, ranging from a fistfight in a Papa John’s to a mid-air pirate battle between two ancient ships being airlifted by helicopters, were fun and energetic, and very enjoyable.

If you missed the mid- and end-credits scenes, they show that at some point in the future Drake and Sully are, of course, still working together, and that Nathan’s thought-to-be-dead brother is actually alive and in some foreign prison. Both clearly point to Sony’s desire to make a sequel, and given the monetary success of the film to this point, I fully expect to hear about production of “Uncharted 2” in the next few years. Do you think this is a franchise worth developing, or should Drake’s adventures stay confined to the console?