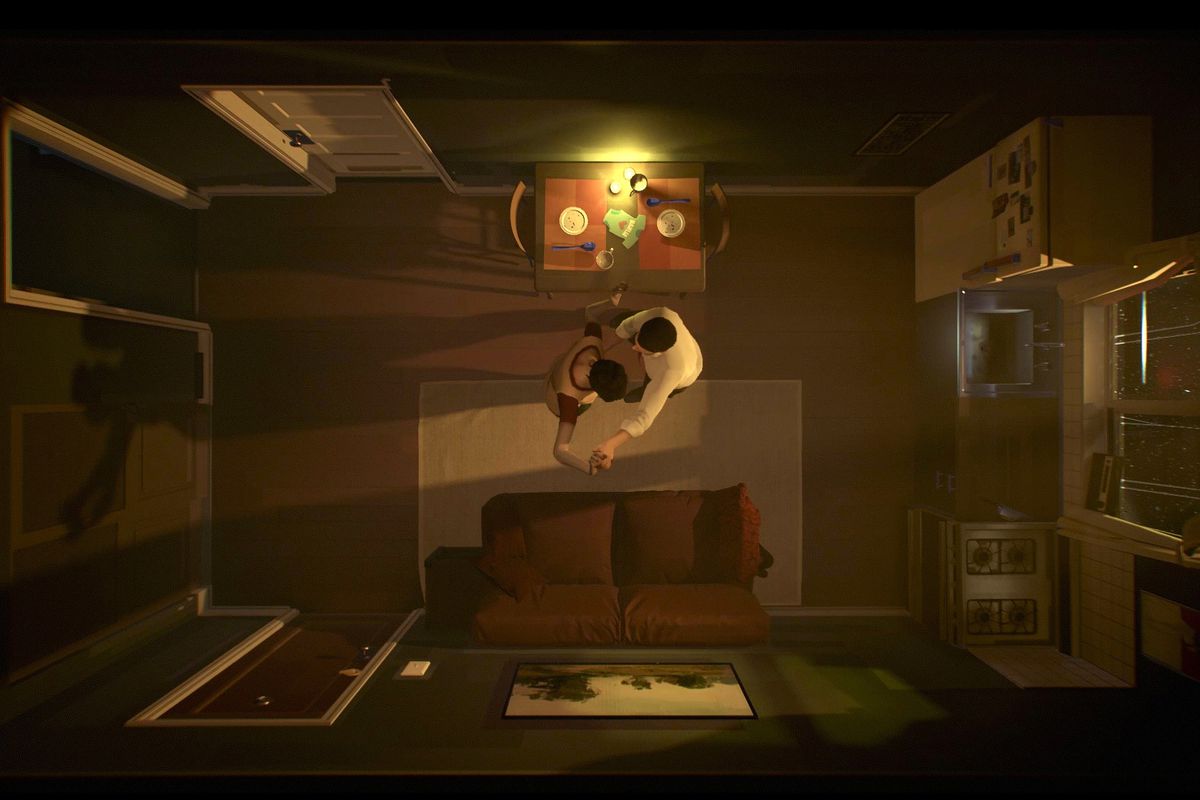 "Twelve Minutes" takes place on a romantic evening between the husband and wife. Unfortunately, the cop will always show up to interrupt things. Photo Courtesy Polygon

“Twelve Minutes” was among my most anticipated games of this year. The game launched onto my radar with its re-reveal at E3 in 2019, where the stellar voice cast was announced. Hollywood actors Daisy Ridley, James McAvoy and Willem Dafoe play the game’s three characters, the wife, the husband and the cop, respectively. Unfortunately, though based on an interesting premise and featuring an interesting puzzle in the form of a time loop, the game struck me as deeply flawed, and the ending soured the entire experience.

Players control the husband, who returns to his apartment after work to find his wife has planned a romantic evening. The night is cut short when a police officer shows up at their door and accuses the wife of the murder of her father. He handcuffs the couple, and when the husband tries to resist the officer punches him, and he finds himself back in his apartment, seconds after walking in. The voice performances by Ridley, McAvoy, and Dafoe are great, especially the small moments at the start of each loop where the husband reacts to either what he’s just learned or to what has just happened to him.

As the title suggests, the entire game takes place within twelve minutes, constantly resetting when the clock runs out, when the officer strikes the husband or when the husband tries to walk out the front door. Players have access only to the three rooms of the apartment and must collect information to solve the mystery and escape the time loop.

Controlling the husband and interacting with objects in the apartment is done by using a point-and-click style similar to traditional adventure games. Items can be picked up and added to the husband’s inventory, and combined either with other items or used with fixtures in the space. For example, a mug can be picked up from the counter, used on the sink to fill it with water, then used on a plant to water it.

The point-and-click style does not work great when using a controller, as most players on the Xbox platforms likely are, mostly because the cursor is a little too sensitive, and often times there are a few things that can be clicked in one space, and clicking the wrong thing can cost valuable time or even a full loop. I had engineered a situation that resulted in the cop being handcuffed, and instead of clicking the cop to ask him questions, I accidentally clicked the handcuffs and freed him. He immediately punched the husband, sending me back to the start of the loop.

Solving puzzles and learning information is highly satisfying, and keeps a healthy sense of momentum even when the player is inevitably sent back to the start of a loop. I enjoyed learning a new detail then returning to the beginning thinking about what new possibilities it might afford me. Things started to fall apart for me when I became increasingly frustrated by the amount of repeated preparation that is necessary especially in the latter half of the game.

The game can be divided pretty cleanly into three discrete sections, where the loops are very similar until a major revelation changes things. The latter two both require several steps to be taken every time, to ensure that a certain situation arises that can lead to new information. In the second sequence, this meant moving around the apartment for a couple of minutes collecting items, and putting things in the right places, for the third, this meant a very long conversation with the wife, every single loop. A sort of fast-forward system does clearly exist, as the game will recognize when the player is just waiting for the cop to show up, and I would have greatly appreciated the game speeding up some of the busy work of just getting ready every time.

There has been some controversy surrounding this game since its releasing suggesting that it may need a content warning. Though this game is rated M for Mature by the ESRB, the story definitely tackles potentially problematic topics that I didn’t expect it to. Far worse in my eyes was the way that the loop requires the player to watch violence be done to the wife repeatedly. Mild spoilers in the remainder of this paragraph, but on at least one loop the player has to hide and watch everything the cop will do to the wife in order to obtain critical information, and for much of the second section of the game, the player is required to drug the wife without her noticing repeatedly in order to ensure she is not present when the cop arrives.

I mentioned the plot tackles problematic topics, and it certainly does take a completely unanticipated turn right at the end seemingly for little more than shock value. The very little that takes place after the big twist led to my experience completely falling apart for me in its final moments. I had enjoyed the few hours I spent with “Twelve Minutes,” pushing through each puzzle to unravel more of the mystery, but the way the game concluded left a sour taste in my mouth. The game’s final puzzle, which takes place after seemingly everything has been revealed but leads to the final scene and the credits is not telegraphed at all, and I had to look up whether there was anything more to the game and how to trigger it.

“Twelve Minutes” features strong performances and an interesting premise, but completely stumbles in its execution, and its ending is not worth the time or the trouble. This was one of my most anticipated games of the year, and I was wholly let down. If players want to see the game for themselves to form their own opinion, the game is available on Xbox Game Pass for no additional cost.