Hitbox Review: The Forgotten City - Ethics in my video game? It’s more likely than you think 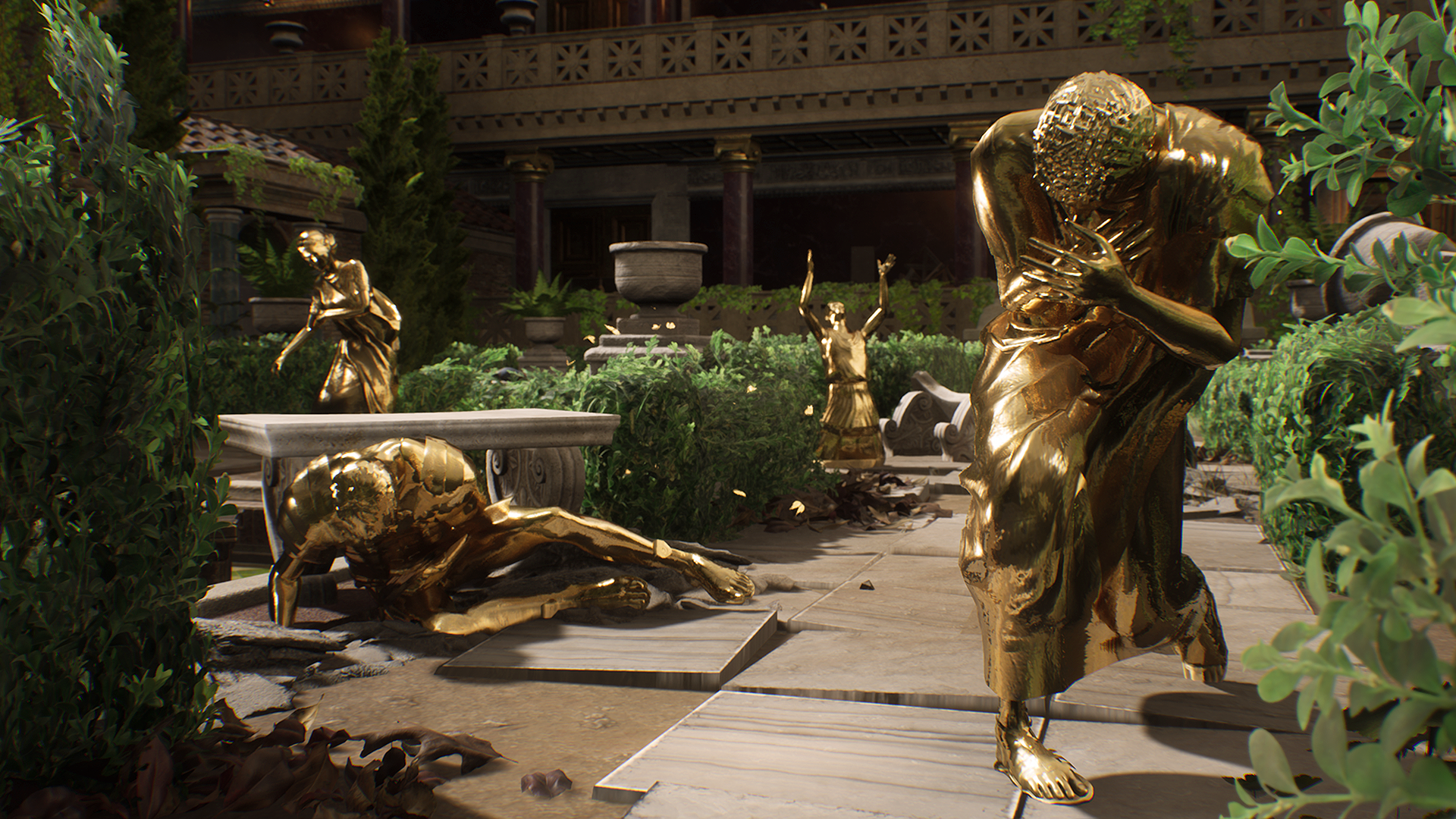 The Forgotten City is filled with golden statues of past residents, members of communities who broke the golden rule and paid the price. Photo Courtesy of Digital Storyteller

The pitch for “The Forgotten City” sounds pretty high concept. Players are trapped in an ancient Roman city where the residents are beholden to the golden rule: “The many shall suffer for the sins of the one.” If anyone in the city commits a sin, everyone will be killed by some unknown divine force. The game is set on the day where someone finally messes up, the last day for the residents of the city, and the player is tasked with figuring out who will be the culprit. In practice, “The Forgotten City” is a very contained puzzle box, with a short runtime,  small environment, and a relatively simple story.

To uncover the mystery, players will have to talk to the people of the city, only about a dozen individuals, and solve their problems. There’s a bit of an onboarding process just going around town trying to meet everyone and start chipping away at the big mystery, and I was initially a little bit put off. It wasn’t until I solved the first major roadblock, an assassin with an itchy bowstring finger, that I was really pulled into the game. Solving that puzzle gave me the key to the next puzzle, which gave me the key to the next. Everything is connected in a really compelling way.

This game also features a time loop. Players will get to see what happens when someone commits a sin, many times, racing through a portal back to the start each time. That the player enters a portal is a very important detail, as it means that not only does the player retain knowledge between runs, they also retain all of their items, which greatly reduces the amount of repetition. As the player proceeds they can also ask Galerius, a man who approaches them as they step through the portal each morning, to complete a lot of tasks, a simple fix for the repetitive set-up that has plagued other time loop games this year. By the end of the game, I had Galerius comically sprinting all over town solving everyone’s problems.

Outside of two very specific sequences, there is almost no combat in “The Forgotten City.” Attacking people would of course be considered a sin and does cause the apocalypse. This game feels refreshing in that it really is about talking to people. The closest thing this game has to a final boss is just one really dramatic ethical debate.

“The Forgotten City” is a video game about ethics. The ethical questions the game tries to raise feel like its focus, even more so than the puzzles or the characters. This game wants its player to think, and some people may get less mileage from it if they don’t buy into the game in that way. I found that while the game does a pretty good job of asking questions, it does a lot less to really answer them, which I guess is arguably ethics in a nutshell.

The denizens of the forgotten city live by the golden rule, but none of them really know for sure whether or not it is even real. If anyone tested it, everyone would die. The rule is real, and the player will see its consequences plenty of times as they keep looping, but it's interesting to see the way the different characters interact with their own uncertainty. One character campaigns to be elected magistrate on the grounds of abolishing the golden rule, but he certainly isn’t brave enough to commit a sin himself and see what happens. Another character isn’t worried about it, because he knows that he wouldn’t have sinned anyways.

The answers to the game’s mysteries are satisfying, though players should understand that there are four endings to the game, only one is the true conclusion to all of the game’s threads. Upon achieving other endings, the game does push players towards the canon ending, but I could definitely see players step away from the game early upon seeing the credits roll. The different endings build upon one another, and after achieving the first ending I saw the remaining three within an hour.

I wouldn’t mind seeing more games like “The Forgotten City.” I really liked it for its small scope. As I previously described it, it’s just a puzzle box. One scenario to solve. This game began its life as a fan-created mod for “The Elder Scrolls V: Skyrim,” which was so popular that its creators formed a studio and spun it out into a completely standalone product. I’d happily jump into more games that are structured this way, more quick little 5 hour experiences that make me think a little. Really, I think the world just needs more narrative puzzle games.

I’d eagerly recommend “The Forgotten City” to anyone intrigued by its premise. I think that the game is a really great pick even for those who don’t play a lot of video games. As I mentioned, there’s very little combat, I think the combat is entirely skippable. Players are only required to casually walk around town and ask questions, solve a puzzle or two along the way. This game is also available as part of Xbox Game Pass, meaning subscribers can jump right in at no extra cost.