Hitbox Review: Stray - They had me at "meow button" 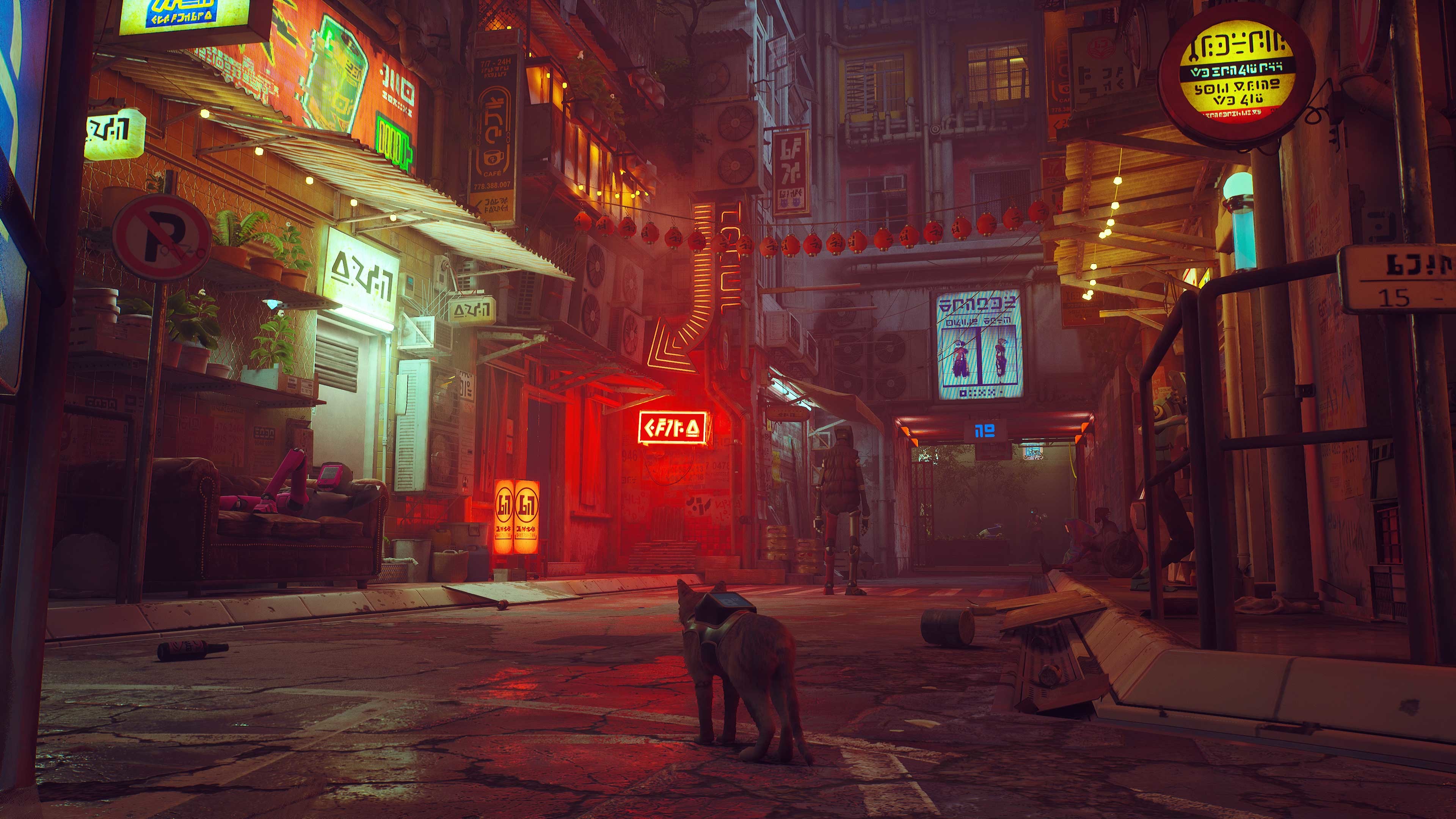 Stray is, in many ways, a cat simulator. Play as a cat, scratch up couches, knock things off shelves, press the dedicated meow button, what isn’t to love?

In addition to cat-centered hijinks, Stray also features an emotional narrative about memory and friendship. The narrative beats during the game’s finale were surprisingly impactful considering the main character is a voiceless and largely emotionless cat.

Stray opens with the cat being separated from their cat family and falling a distance farther than seems survivable into the underground ruins of a lost civilization. The humans who built the city are long gone, the space they left behind is now filled by the machines once built as companions. The cat has to find their way through the city and back to the surface.

Perhaps my only major issue with the game is its lack of perceivable stakes. Ostensibly, the cat wants to reunite with their family. That said, the cat is just a cat. There is no reinforcement of this desire at any point because the cat can’t talk. The game constantly encourages getting up to a distinct brand of cat mischief, so even in the actions I took as the cat I didn’t feel like I cared much either way whether I could find the surface again or not.

Fortunately, by the end of the game, this dissonance is easily enough cast aside because the stories of the cat’s companions are compelling in their own right. In the pursuit of reaching the surface, the cat makes allies of the Outsiders, a sort of secret society of robots who have pledged themselves to seek the surface. The cat gains more of their own personality through their efforts to help these robots, and having finished the game, it is the machines whose stories will stick with me.

Playing as a cat is a unique joy in Stray. I can’t think of any other title that has come so close to authentically representing the abilities or charm of a feline. The cat can traverse by leaping across distances or up onto shelves or platforms. The cat is small and can fit through grates and bars. Every move the cat makes is excellently realized through authentic animations.

The majority of Stray is set in larger city spaces where the player can explore and solve puzzles to progress. These sections are broken up by light stealth sections where the cat has to avoid either aggressive endemic life or security drones.

During one of the stealth sections, I lept onto a platform a little hastily and landed right behind one such drone as it was turning around. In any traditional stealth game, this would probably be a problem. As a cat, I was very satisfied to leap up onto a pipe hanging right above the drone’s head.

A similar feeling arose when working on one puzzle and coming across a locked door. The door was made of bars, the cat was small enough to simply walk through. Cats are pretty cool.

During the exploration sections, there are multiple side quests that can be completed, and many ways to interact with the machines who reside in each district. Standing in someone's way means tripping them. Jumping up onto a board game in progress sends pieces flying. Meowing at or rubbing against people also results in more positive reactions.

One of my favorite activities available to the cat is the ability to curl up and take a nap. There must be a dozen or more opportunities throughout the game. The cat just curls up and goes to sleep until the player exits the moment while nice music plays and the camera pans out for a wider view of the environment. That’s good gaming.

Stray is a mostly-light adventure set in a neon-lit cyberpunk city. Its biggest selling point is the novelty of playing as a wholly ordinary cat. The game is fairly easy and only takes around 4-5 hours to complete. I would recommend this game to anyone looking for a lighter experience, one devoid of guns, though I would note this game isn’t entirely wholesome.

There are some darker themes, some sections can flirt with concepts of horror, and failing stealth sections can result in the cat dying as a fail state. No real harm comes to the cat at any point during the story, but these gameplay consequences stood out as starkly unpleasant.