Hitbox Review: Norco - A surrealist slice of life in the South 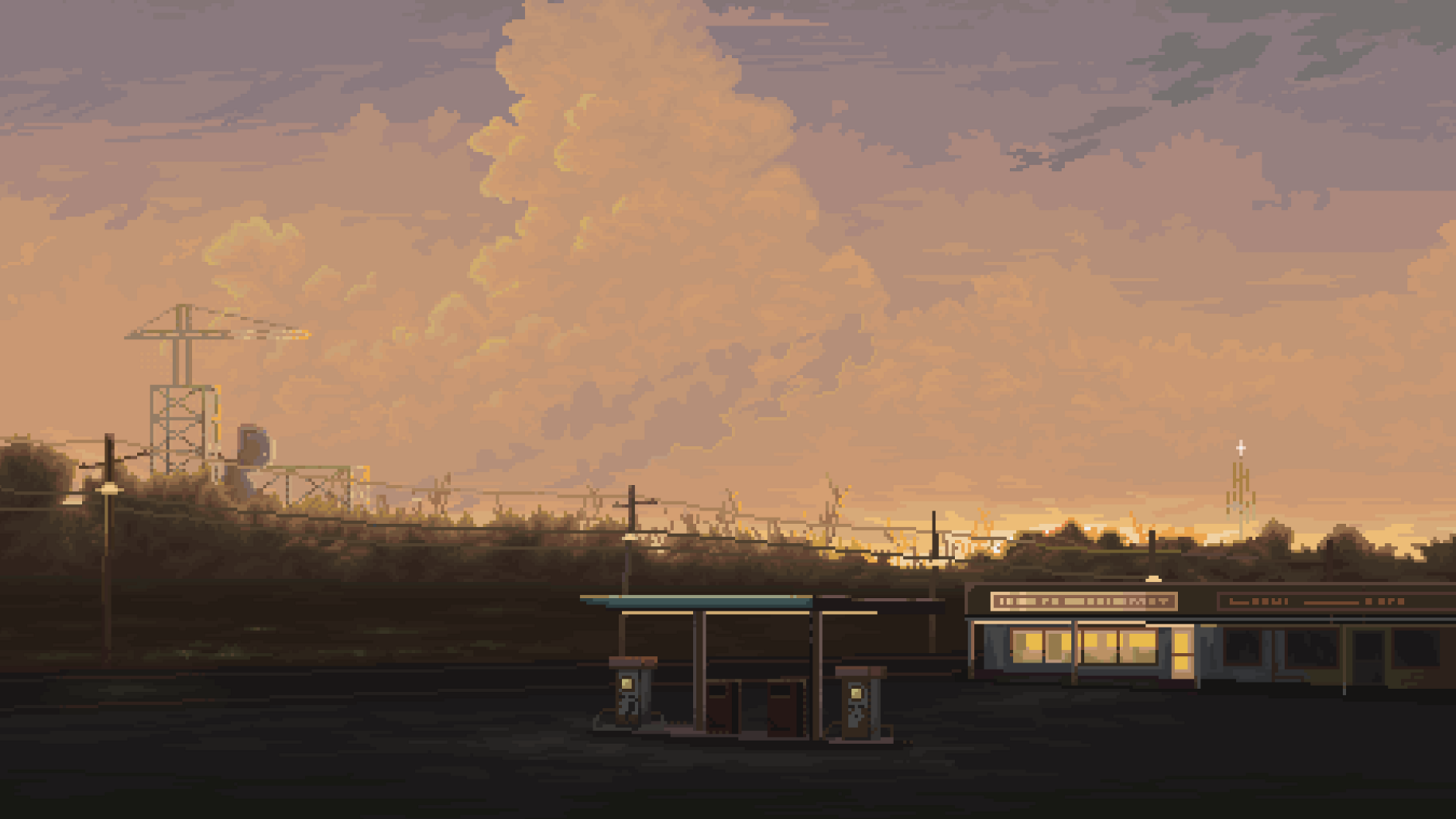 Norco isn’t even a town in Louisiana. It’s a census-designated place. A defined location, but not quite a town or a city, or even a district. It has a population of just under 3,000, and the people who live there live in the shadow of a massive Shell petroleum refinery.

“Norco” is a video game about “living and dying in Louisiana.” The game is set in a fictionalized near-future cyberpunk incarnation of the community that its creator lived in. A massive oil conglomerate oppresses the town, a cult festers and grows in an abandoned mall, people find work on apps, not even sure who they’re working for, and everyone is long past their prime.

Kay returns to her hometown after years away shortly after the sudden passing of her mother. She stays in her childhood bedroom and once again spends a night listening to the relentless roar of the refinery. Upon waking up, she realizes that her brother had never come home the night before. She had hoped to surprise him.

“Norco” is a point-and-click adventure game, once a major genre of video game, now largely fallen out of favor. Players view beautiful and detailed mostly-static images and interact with characters and items to solve puzzles and unravel the story.

The story is really the biggest focus here, the puzzles are fun, and the art is stunning, but this game has a lot to say. And I don’t mean that metaphorically, there is a whole lot of reading in this game. Like, akin to a visual novel. The story is surreal, surprising, and thought-provoking, but players who aren’t willing to invest in reading a book with their video game are better served elsewhere.

The game begins with a simple premise; a long-overdue homecoming and a missing brother. Over a runtime of fewer than five hours, the game barrels off the rails into a surrealist commentary on the community, capitalism, religion and humanity, and concludes with a truly wacky finale that I’m not sure I could even put into words.

Kay is faceless, shown only as a hooded figure, a bright drawing of a smiley face glowing from the shadows of her sweater. On her adventure around Norco to find her brother and unravel multiple conspiracies is a fun and varied cast of characters. One of her first companions is Million, a former security android that has lived with Kay’s family since she was a child, but other companions include an old man who may or may not be an ecoterrorist, a washed-up private investigator who is far too easily convinced to put on clown makeup, and a broke family man who listens to Christmas music year-round.

This game is among the weirdest I’ve played. That is a compliment. At every turn “Norco” manages to surprise and entertain, with a twisted sense of humor and an engrossing, constantly expanding central mystery. Compared to similar adventure games of the 90s, which have a reputation for completely esoteric puzzles that are almost unsolvable, this game is really pretty easy the whole way through.

Most of the puzzles are pretty fun and interesting. I particularly enjoyed a recurring mechanic where the player can use a voice memo app on their in-game phone to record lines of dialogue from other characters to use in other conversations. The devoted security guard isn’t so resolute when he hears his coworkers making fun of him while shirking their work in favor of smoking weed and playing video games.

There are a few sections of more involved gameplay, like two boating segments, that are intended to break up the action. These largely fell flat. I was much more interested in getting on with the story.

“Norco” is, as far as I can tell, entirely unique in that its story is very specific and hyperlocal. This game and its setting are fantastical, but they are rooted in the life and experiences of real people in a real place. This game is a love letter to a community left behind, recognizing all of the authentic good and bad, reckoning with it and learning from it.

“Norco” is beautiful to look at, super weird, and about as far from mainstream gaming as you can get. It’s fascinating, original, and absolutely not for everyone. Players with a deep interest in storytelling and narrative in games should definitely check it out, there’s a whole lot to engage with here.

Unfortunately, “Norco” is currently only available on PC platforms, but it isn’t particularly demanding, and could likely be run well on a laptop.