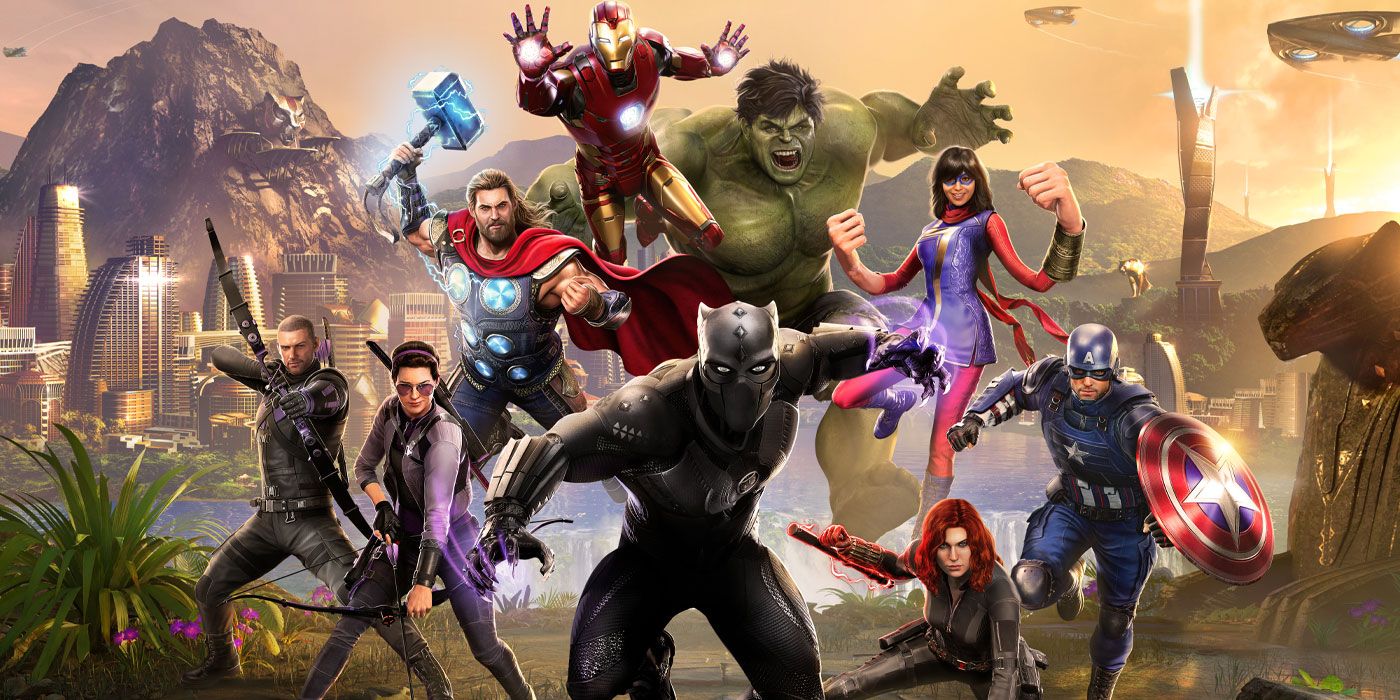 Black Panther joins the Avengers in the "War for Wakanda" expansion, as a fully playable and upgradable hero. Photo Courtesy CBR

When “Marvel’s Avengers” was originally released a year ago, on Aug. 20, 2020, it should have been a slam dunk. A video game based on the most profitable intellectual property in entertainment history, released during a huge drought of Marvel films, it should have had an easy path to success. Even the game’s original story, following the rise of a new hero in Kamala Khan, who would become Ms. Marvel, was full of heart. Unfortunately, the game was deeply flawed with repetitive and sparse content.

Over the past year, the game has been supplemented with fairly frequent updates, which added new heroes and villains to the game, revamped some elements of player progression, and slowly improved the health of the game for the players who were still sticking with it. “War for Wakanda,” released on Aug. 16, 2020, is the game’s first expansion and was definitely positioned by publisher Square Enix as a sort of soft relaunch of the game.

Central to the new expansion is the addition of the hugely popular Black Panther character, King T’Challa of Wakanda, famously portrayed by the late Chadwick Boseman in the Marvel Cinematic Universe. The T’Challa of “Marvel’s Avengers” is a very different character from the one featured in the movies, an older and more experienced hero, but the performance by veteran voice actor Christopher Judge definitely made a strong impression on me.

The story of “War for Wakanda” can be started immediately from the menu even by new players, but picks up the ongoing story of “Marvel’s Avengers.” The villainous leader of Advanced Idea Mechanics, Scientist Supreme Monica Rapaccini, has teamed up with longtime Black Panther nemesis Ulysses Klaue to assault the advanced African nation of Wakanda to steal the precious space metal that is vibranium. The Avengers and T’Challa must of course engage in super-heroics and save the day.

The plot of the expansion is passable but doesn’t tackle any concepts of real substance. The portrayals of T’Challa and other characters in Wakanda like the captain of the royal guard Okoye or mystic Zawavari are strong, but none of the characters are really given much to do. The plot is also light on connections to the greater story that the game has been telling over its first year, and some of its strongest characters like Kamala Khan are strangely completely omitted from story moments, despite being visibly present in Wakanda.

The region of Wakanda is new to the game with the expansion, and for the first time in “Avengers’” post-launch content, none of the art or assets are reused. The jungles, temples, and city are easily the most impressive visuals the game has to offer, though for me the biggest benefit of the new region is finally stepping away from the repetitive AIM laboratories that were used in nearly all previous content.

Any of the game’s now nine playable characters can be used in all but the first mission of the “War for Wakanda” story, though I chose to play as the new Black Panther for its duration. The heroes of “Avengers” have always been the game’s strongest element, each feeling distinct and featuring their own unique playstyle, and the Black Panther is no different.

Central to T’Challa’s toolset is the ability to build energy by blocking attacks, just like the purple-hued kinetic energy abilities he uses in the films. Activating his intrinsic block ability allows for many attacks to be completely negated, which was immensely satisfying as I waded into large groups of smaller enemies and soaked in damage before dealing it right back in a pretty purple explosion.

The “War for Wakanda” expansion is ultimately more of the same game that “Marvel’s Avengers” has always offered. It’s still about a team of four popular superheroes banding together to complete objectives. “War for Wakanda” is “Avengers” at its best, though, with an interesting new environment to explore, long overdue new enemies, and an exciting new hero to play.

The expansion does include some interesting new challenges, like a sort of tower defense game that is used twice in the story where players have to juggle resources while defending three relics. Playing with a friend these challenges really shone, as we called out locations and divided responsibilities, I could see this being potentially frustrating playing solo, however, as the computer-controlled characters are not so competent.

“War for Wakanda” is also surprisingly short. The expansion is free, included with the purchase of the base game, which has already been supplemented with two free smaller story additions called operations. The expansion took me only around 5 hours to clear, which is about twice what either operation offered, but still felt short considering the amount of hype and promotion publisher Square Enix put behind this release.

Though I, as someone who enjoyed the original “Avengers” despite its flaws, greatly enjoyed returning to the game for some of its best content yet, it still doesn’t feel to me like the expansion has managed to solve many of the game’s greater issues. After completing the story I could certainly grind my Black Panther to the level cap, equip him with high-end loot, and take on greater challenges, but I still feel little compulsion to do so. I will certainly be back whenever the next story content drops for “Marvel’s Avengers,” but I don’t feel any pull to stick with the game like I would for other service games like “Destiny.”