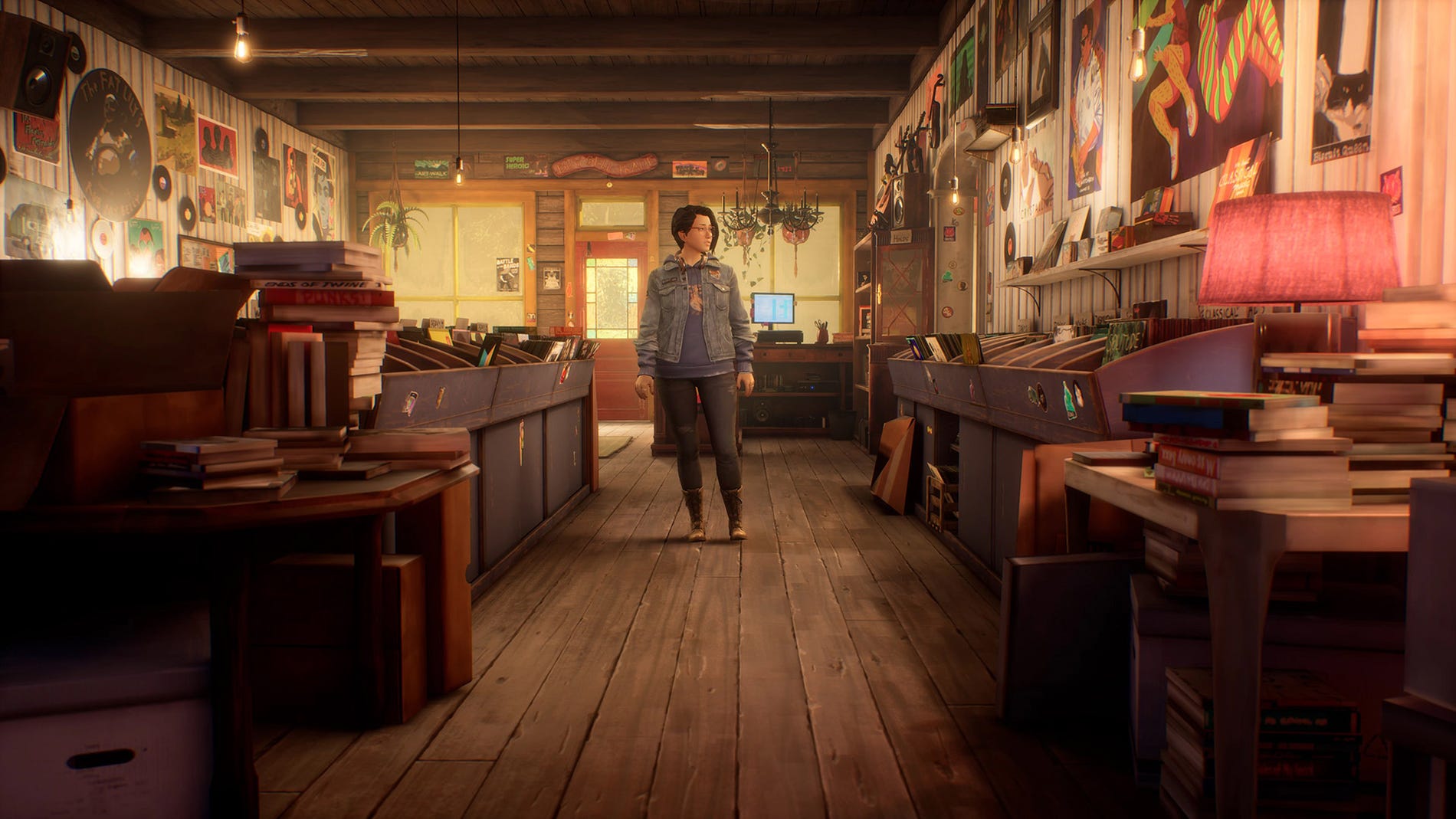 "True Colors" stars Alex Chen, a young woman trying to find herself after years in the foster system. The story begins when she is reunited with a brother she hasn't seen in many years. Photo Courtesy of Square Enix

I’ve always considered the “Life is Strange” series to be something special, since playing the original game in 2016. Its characters, story and tone really made an impression on me, unique especially at the time. Despite that, I actually never found the time to play any of the later entries in the series, “Life is Strange: Before the Storm,” “Life is Strange 2” or “The Awesome Adventures of Captain Spirit.”

This was in part due to the episodic nature of the games, the stories being broken into episodes that would be dropped months apart. I would always say I intended to wait until all the episodes were out, then play the whole game at once, but even then I’d never go back. Fortunately, though “Life is Strange: True Colors” is still broken into five episodes, all five episodes were available at release.

I was nervous about returning to “Life is Strange,” after so many years removed, with a different developer than the original title, but “True Colors” absolutely blew me away. The game is excellent, with great characters and a story that tackled emotional themes I’ve never seen in a video game before. Really, it’s still “Life is Strange,” a series that has clearly grown and evolved in the years I’ve been away. I used to joke that “Life is Strange” was a game about being sad, and in that respect “True Colors” absolutely carries the torch.

Each entry in the series features a different character, so none of the entries are connected by anything more than a few side characters who have shown up in different games. These characters have to deal with real-life issues but have supernatural powers. “True Colors” stars Alex Chen, a young woman with a troubled past, as she tries to start a new life in a small town in Colorado with her long-lost brother. Alex can also see and feel the emotions of other people as colorful hued auras, their “True Colors,” if you will.

When tragedy strikes the town, Haven Springs, Alex has to build her relationships with the residents and investigate a mystery, with her new friends Steph and Ryan at her side. This is done by walking around Main Street, interacting with people, reading emotions and solving people’s problems.

As the protagonist, Alex is remarkably well-realized and was herself one of the most interesting characters. I generally focus on the side characters in video games, so I was surprised to find that Alex herself was among my favorite characters in the game. I would go out of my way to inspect everything in the environment to hear her perspective.

Alex’s ability to read emotions is portrayed in a few different ways in the game. Most frequently emotions appear simply as an aura, though Alex can approach people who are feeling emotions to sort of read their minds. The game never tackles the ethics of invading people’s privacy in this way, which feels weird especially when a couple of characters actually do suggest they’re not okay with it, but I suppose that’s just not the story being told here. Some story moments involve characters feeling very strong emotions, which Alex can enter, experiencing the world as they experience it. These sequences are used sparingly, but to great effect for some of the game’s strongest moments.

Because the act of playing the game is mostly just walking around and talking to people, solving simple puzzles, the characters and writing are responsible for carrying the weight of the game. They’re more than up to the task, as there wasn’t a single character who failed to make a strong impression. Standouts include Duckie, a silly older man with a lot to say, Ethan, a local kid who writes his own comics and Eleanor, who runs the flower shop and keeps a secret from her daughter.

Beyond the named characters, there are minor characters who can be found around town who don’t have names but have their own stories, like writer boyfriend and his supportive boyfriend, who can be seen and overheard going through their own problems as the chapters go on. I didn’t think that much of these characters throughout most of the game, but each of these minor subplots get a touching conclusion by the end of the game, sometimes with a little help from Alex.

“True Colors” is a deeply emotional experience, as the title and Alex’s empathy powers suggest, the game explores emotion, and it especially focuses on the bonds between parents and their children, in ways that surprised me. Most of the time “True Colors” is a vibrant and fun feel-good experience, but developer Deck Nine expertly takes on some really heavy stuff when they need to.

The third and fourth of the game’s episodes are where the game is at its best, featuring both a town-wide live-action role play game and the town’s annual spring festival respectively. The LARP provides a lot of necessary levity and is filled with silly moments as the characters band together to cheer up Ethan. The episode four spring festival wraps up many of the game’s side stories and serves as a real celebration of the game’s characters and world ahead of the episode five finale.

Unfortunately, episode five is where the game sort of stumbled in my eyes. The majority of it is an extended flashback sequence that is necessary for the plot and very strong on its own, but which totally derails the momentum of the stunning episode four cliffhanger, a momentum that the game doesn’t quite recapture.

The remainder of the episode is mostly dedicated to a final confrontation in front of many of the town’s characters. Based on the player’s decisions throughout the game, these characters will either support Alex or let her down and on my initial run, it felt bad to be stabbed in the back by one of my favorite characters for a decision that I still stand by. Ultimately this felt sour mostly because it happened right at the end of the game, and returning to the game to clean up collectibles and see different decisions played out reminded me how much I loved the characters despite that issue.

When I think back on my time with “True Colors,” I think of the game’s truly spectacular individual moments, memorable set pieces that will stick with me. I won’t discuss any of them here for spoiler concerns, but they’re a big part of why I believe this game is something truly special. Some of these moments are as simple as Alex sitting with another character and reflecting while sad music plays. I’d definitely recommend “Life is Strange: True Colors” to anyone as a shining example of what storytellers can do with the medium of video games.

I definitely won’t miss out on any future entries in the series, beginning with the “Life is Strange: Wavelengths” story expansion releasing at the end of this month, starring Steph from “True Colors,” and I’d like to go back and catch up on the entries I’ve already missed.