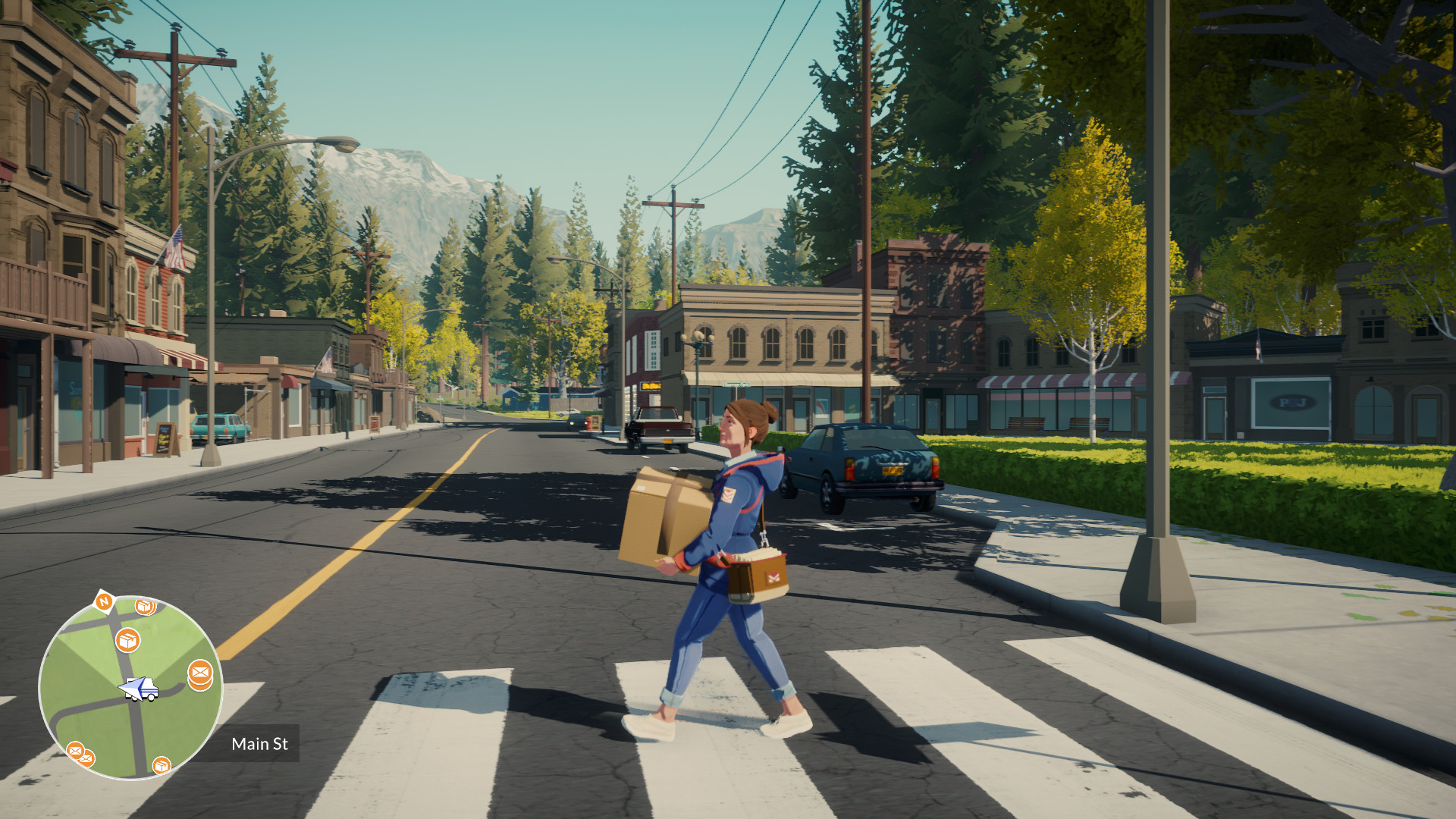 Delivering mail in "Lake" should be boring, but I found myself really enjoying the loop of delivering mail and visiting the residents of Providence Oaks. Photo Courtesy of Gamious

I don’t think I’ve ever played a game as sure of what it wants to be as “Lake.” This is a game about chill vibes and chill vibes only. There are no game-overs, no real conflicts and no villains. This is a nice game about being a nice person who delivers mail in a nice town.  In a world of action games, I found it relaxing to play a game about spending two weeks delivering mail in a town by a lake.

Though “Lake” adheres strictly to its objective of being chill, it certainly does not fail to tell a strong story. “Lake” is about the struggle of figuring out where you are meant to be. Protagonist Meredith Weiss works at a computer software company in the 1980s, on the verge of their biggest break. Though the company is starting to find success, Meredith is overworked and jumps at the opportunity to take a short two-week vacation in her childhood hometown. Meredith housesits for her parents, who are away, and works her father’s job as a postal delivery driver.

While Meredith is home in Providence Oaks, she makes new friends, reconnects with old ones, and explores herself and her own desires. At the end of two weeks, the player has to decide Meredith’s future. The theme of trying to figure out where life is going, of trying and failing to plan out the future, hit home for me. I hadn’t decided which of the three endings I would choose until the moment I locked in my decision.

Providence Oaks is beautifully realized, a small town with lots of trees built right on the shore of the lake. I felt silly marveling at the sight of the trees and the lake when I realized these sights aren’t anything I would have to go far to find here in Alaska. Beyond just the visuals, the atmosphere is complemented by a selection of licensed music that plays on the radio of the mail truck.

The people of Providence Oaks are even more charming than the town, with a few highlights being Mrs. Jenkins, the somewhat caricatured old cat lady, Jack Reynolds, the Farmer/DJ who runs the town’s only radio station and Angie, who runs a Blockbuster-style video rental in a town where most of the residents don’t even own VHS players. These characters and plenty more show up several times each as Meredith does her daily delivery rounds.

Most of the characters have their own subplots that can be completed or not based on the player’s choices. Oftentimes completing these subplots requires scheduling time with characters after work, where Meredith has time for one extracurricular activity. I lived in constant fear of overbooking myself and missing out on scenes with my favorite characters, but despite saying yes to literally every request I received, I never encountered a conflict.

Most of these character stories are pretty minor, like Mrs. Jenkin’s cat Mortimer getting sick because she keeps feeding him cupcakes, and are resolved in a single day. Others span the length of the game, such as childhood friend Kay rediscovering her passion or a romance plot with Angie. Because Meredith’s personal story doesn’t evolve much day-to-day, these storylines kept the momentum up. I was constantly looking forward to Meredith’s next date with Angie, driving forward the smaller character-focused plot lines.

The act of actually delivering mail is pretty straightforward, driving around town in a big mail truck dropping off letters and packages. I was pleased to find when I accidentally got in a head-on collision that you cannot crash or damage the mail truck, another win for chill vibes. Early on I picked up on a sort of visual language wherein package deliveries, which need to be delivered to the door, are often a sign of a conversation with a character, while letters are dropped in the mailbox without interacting.

Early on I sort of accidentally found a routine route for my daily deliveries, starting in the central area around Mainstreet and then going around the lake to deliver all the mail. There were a couple of instances where package designs were unique and purposeful, like a package conspicuously shaped like a chainsaw delivered to a creepy cabin deep in the woods. I would have liked to see a lot more similar variation in the packages. While I found the loop of making daily deliveries compelling throughout my playthrough, ultimately there was very little to keep things fresh, and the distribution of letters and packages felt random and arbitrary.

Another relatively minor issue with the game is its performance. “Lake” isn’t that visually ambitious, but it didn’t seem to run very well on my Xbox Series S. Shadows were almost constantly visibly shifting from low to high quality in front of the mail truck. Load times were surprisingly long, and I also encountered a few glitches that were fortunately resolved by a bug patch. The Xbox Series consoles are considerably stronger than the Xbox One, so I am concerned based on my own experience that the game might run worse for users still on the older hardware. The developers have stated on Twitter that they plan to address optimization for the Xbox consoles at a later date.

“Lake” totally charmed me with its small town and poignant story. I loved the chill experience it offered. There is a degree of replayability in making different choices and seeing different endings, but I found that I enjoyed my ending and my relationships with the different characters so much that I wouldn’t want to go back and do anything differently.