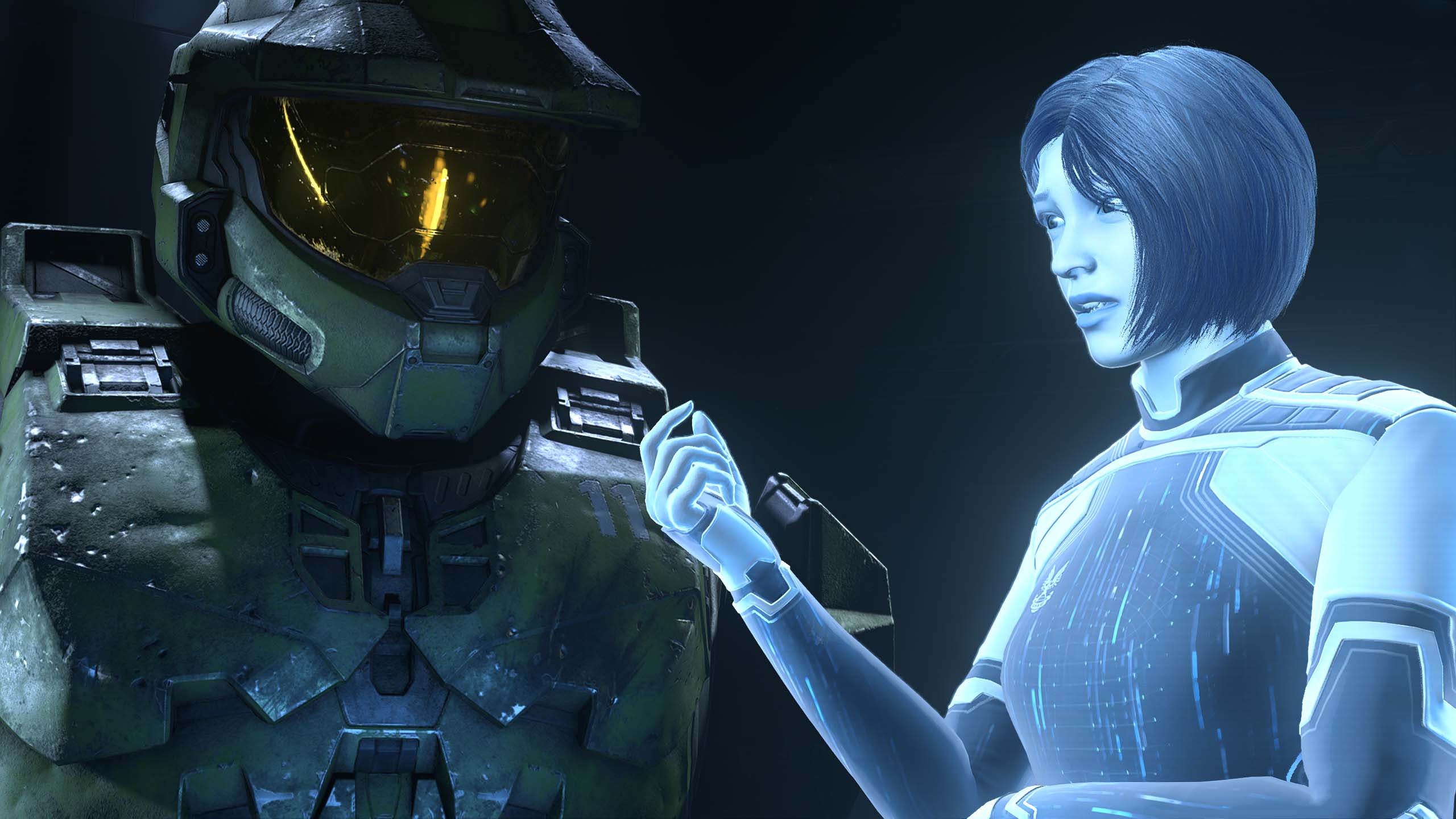 The inexperienced new AI companion, the Weapon, is a fun contrast to the tough and tired Master Chief. She tells jokes! Photo Courtesy PC Gamer

[Spoilers for Halo 4 and Halo 5: Guardians]

I don’t remember when “Halo” was on top. Of course, in my time following the games industry, the franchise’s legacy and influence are undeniable. “Halo” is in a pretty large part responsible for the success of the original Xbox, by extension responsible for the current console landscape. These games about the big green man with a gun and his small blue friend are kind of a big deal. Or at least, they were.

Since the original developers of “Halo,” Bungie, walked away from the franchise after 2010’s “Halo Reach,” the franchise has fallen on hard times.

343 Industries picked up the torch and began a new trilogy in the franchise, releasing “Halo 4” in 2012, and “Halo 5: Guardians” in 2015. Reviews for both games were at least fairly positive. Public reception seemingly was not.

I couldn’t say what people didn’t like about them, I played both for the first time in 2021 leading up to the new “Halo Infinite” and thought they were fine. But the narrative undeniably was that 343 had to hit with “Infinite,” or “Halo” might be unredeemable. For nearly the last decade one of the most iconic franchises in gaming has been chasing heights that seemed consigned to the past. This is the narrative that led the developer, as well as publisher Xbox Game Studios, to push the game a full year, from Nov. 2020 at the launch of the new Xbox Series X|S to Dec. 2021.

“Halo Infinite” isn’t perfect, but it feels like the fresh start the franchise has been looking for. I’d like to say that “Halo” is back. But I don’t remember what it was like before it left. I only played through the series for the first time in 2021, beginning with 2001’s “Halo Combat Evolved” in January, all the way to the Master Chief’s latest adventure at launch in December. What I can say is that “Halo Infinite” is close to the top of the heap, bringing some of the best action the series has to offer, a revitalized open-world take on the “Halo” formula and a fun multiplayer offering with room to grow for years.

“Infinite” does not pick up where the last game, “Halo 5: Guardians” left off. Instead, it picks up six months after a conflict that feels like what a Halo 6 was meant to be. “Halo 4” was about the death of Cortana, the AI companion to Master Chief, the guy in the big green armor who was experimented on as a child and turned into Xbox’s Captain America. “Halo 5” walked back Cortana’s death, turning her instead into a tyrannical villain hellbent on some light genocide. That game ended with a cliffhanger where the Chief and humanity were preparing to fight her.

By the start of “Infinite,” Cortana is dead again. The Master Chief is found adrift in space by a pilot, then very rapidly pulled into a new fight against the Banished, who are basically the Covenant, the baddies from the original trilogy, comprised of all the same enemy types, but different. The entire game is set on a Halo ring, just like the original, but Halo Zeta is literally described as being “different” from the others. Master Chief also quickly finds a brand new AI companion, the Weapon, who is small and blue just like Cortana, but different from her. Basically, “Halo Infinite” throws out almost all of the new stuff from “4” and “5,” and loosely returns to the status quo of the original trilogy. Which is disappointing, and would be a bigger problem if it didn’t work so well.

The actual plot of “Halo Infinite” isn’t terribly interesting. It exists to create a sandbox for players to explore, to introduce a new core cast of characters comprised of Chief, the pilot and the Weapon, and to lay the groundwork for a new ultimate threat. In all three senses, “Infinite” is a complete refresh for the series that works in almost every aspect.

‍
The Master Chief has been on six huge, galaxy-saving missions now, and his characterization in this game is that of a soldier who is just so tired, who has lost all of his friends, but who will rise to the occasion and keep saving the world because he has to. He feels more nuanced in this portrayal than any of the others, and not just because he has more to say. The Weapon and the pilot have a spectacular dynamic in their interactions with him and with each other, both very green and inexperienced, dragged into the adventure by the big guy. For all my problems with the story, I remember it fondly based on the strength of these three characters and their interactions.

The villains in “Infinite” don’t match up to our heroes. The primary antagonist in particular, Escharum, is well acted by the always-great Darin de Paul, but just isn’t given anything interesting to do besides appear in holograms and snarl. There are hints of something else, some greater threat, but it is left undeveloped by the time credits roll.

While the story has its ups and downs, playing “Halo Infinite” feels like a revelation. Very early in the game, the player is dropped onto the surface of the Zeta Halo and set free in a very reasonably sized open-world sandbox. There are control points to conquer, optional bosses to slay and secrets to find. The loop feels great, stocking up at a command post and picking weapons, then striking out into the world in search of adventure. I nearly cleared the entire map because it just feels so good and so rewarding to take the time. Crucially, the map isn’t monstrously large, and it really feels perfectly sized and paced to the game.

Most of the classic weapons are back, alongside quite a few new ones, and without exception, all of them are fun to use. No piece of equipment in the game makes as big of an impression as the new grappling hook, however.

While playing the story, Master Chief always has access to the grappling hook, which can be used to swing like Spider-Man, pull weapons or fuel canisters into the hand, stun and gap-close enemies and, somehow, so much more. The grappling hook is so much fun to use and experiment with. As the player progresses they unlock other equipment that can be placed in that slot, a threat detector, deployable shield and dodge ability, but none hold a candle to grappling around the arena. The grappling hook may be one of the most fun mechanics in gaming. I cannot stress it enough.

“Halo Infinite” is a foundation. The game mechanics are revitalized and have never felt better, and though the plot let me down a little, I loved its core cast and am very excited to see their next adventure. I didn’t even touch on multiplayer in this review, but it is also spectacular fun, and since it is completely free, its a must-play experience for anyone with a group of friends. “Halo” is back, and right now the future is brighter for the series than it’s been in ten years. Anyone with a fondness for “Halo” should check it out, and even though I don’t think it does a great job onboarding new players, I would still recommend it to anyone looking for a fun shooter, especially if they’re burned out on the mainstream military fare that dominates the market. “Halo Infinite” is included in Xbox Game Pass at no additional cost.