Hitbox Review: Before Your Eyes - Blinking away the tears 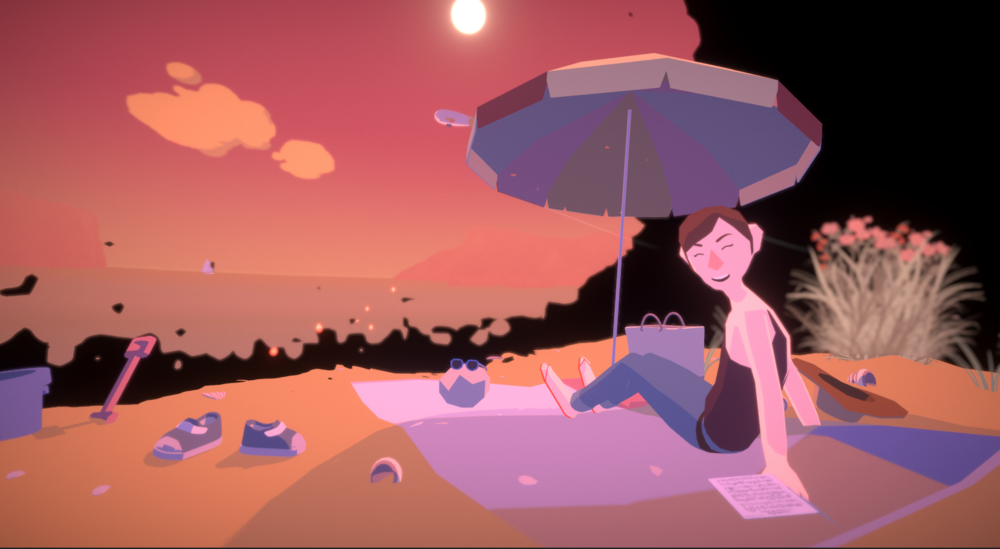 At the risk of drifting into hyperbole, “Before Your Eyes” was an experience unlike any I’ve experienced not just in games, but in media as a whole. The game tells a deep, profound story, and the use of blinking to progress the game creates a sense of immersion in a way that playing a game with a controller or a keyboard just can’t.

To explain what I mean by blinking, “Before Your Eyes” uses a computer webcam to monitor the player’s eyes. This likely would have been a pretty tall order before the world was thrown into a year and a half of Zoom meetings. The game is very clear that the video is not saved or collected in any way, and is only used to identify blinking.  The only other input the game recognizes is the use of the mouse to look around.  Players who don’t have a camera can opt for an alternate playstyle where they simply push the spacebar of a keyboard to indicate blinks, but this would definitely be a lesser experience in some ways, and I definitely recommend putting in the effort to run the game with a webcam.

“Before Your Eyes” follows the soul of Benjamin Brynn. Fished up by a wolf who acts as the ferryman of the dead, Brynn has to relive the moments of his life so that the ferryman can create a story to deliver to the gatekeeper to ensure Brynn is allowed to pass on. The game has a very simple art style, and characters don’t have much detail to them, but the gatekeeper is brought to life by incredible voice work and an interesting quirk where he constantly consults a thesaurus to practice word choice so he’s always telling the gatekeeper the best story about each soul.

The vast majority of the game’s only 90-minute run-time takes place in the relived memories of Brynn, as he lives his whole life from infancy to death. The ferryman explains that every time he(the player) blinks, he moves forward. “It could be five minutes, it could be five years.” In practice, in each scene a metronome symbol will appear, if the player blinks while the symbol is on the screen, the game moves forward. This meant sometimes I was taking in a moment, then closing my eyes to advance when I felt satisfied, and sometimes I was desperately fighting the need to blink, hanging on to every word of an unfolding conversation. When inevitably I failed and blinked, the game would move on, regardless of whether or not there was more to see.

There are some more traditional gameplay elements at times in the story, though these are really minimal parts of the experience. Most common is a sort of minigame where Brynn plays the piano, and the player has to follow a moving highlighted section to play the song. The player can also often interact with things in around each moment to delay moving away with the metronome. Blinking to link stars in the night sky together is blinking without moving on.

Late in the game, there are moments when the game asks the player not just to blink, but to close their eyes and really listen to what it has to say. These moments are among the game’s best, and also among its most emotionally devastating. As I sat at my desk, eyes closed, just listening and feeling, I was shocked to remember I was playing a video game.

“Before Your Eyes” is an almost completely perfect masterpiece of game design. The singular source of friction in the game came from exactly three subsequent moments towards the end of the game where it asks the player to not blink while an hourglass symbol empties. When I blinked I was taken from the sequence I was viewing, while the ferryman chastised me, “I know it’s hard, but we need to see this!” And then I would be placed back into the moment. After each of these fail states, however, the timer would either be shorter, or I would be at the same spot where I failed. The game didn’t really expect me to go the full time, and after several blinks finally pushed me through. That singular moment of frustration could have been completely avoided by not stopping the sequence every time. Just let it play, maybe keep the Ferryman’s lines, to keep the tension of the sequences, but remove the friction.

The theme of the game is that life will pass before our eyes, whether we live it or not. Everything is fleeting, and everything ends, oftentimes before we are ready for it. This is very painfully illustrated by the way the game pulls the player out of moments. The game’s story really goes places and hammers its message home in a profound and impactful conclusion. Brynn spends his life working towards goals and never takes the time to enjoy life and the people he has around him.

“Before Your Eyes” is a singularly unique experience unlike anything else out there. The level of intimacy I felt using my eyes to play the game invested me so deeply in the characters and the story that was unfolding, and I never looked away from the screen from the moment I pushed start to credits. I almost never cry at games or movies, and this game’s finale had me straight up sobbing. Really glad the video doesn’t get saved anywhere.