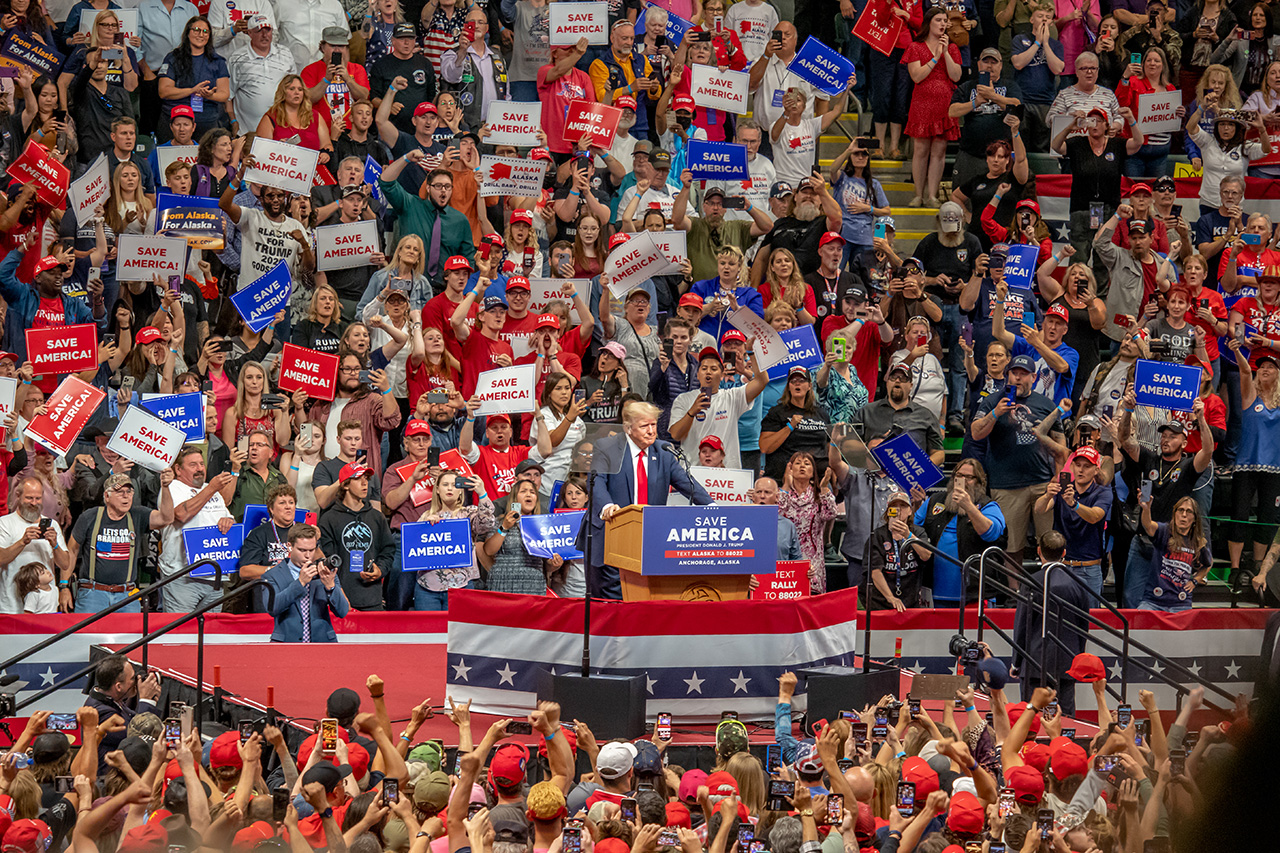 It was election day on Aug. 16! Alaskans came out to the polls to vote both on an open primary and on the special election to name a new Representative to fulfill the term of the late Don Young. The special election was also the first use of the new ranked-choice voting system, implemented after passing as a ballot measure in 2020.

As part of ranked choice voting, candidates are ranked in order of each voter's first choice, second choice, third choice and so on. When all of the votes are tallied, the person with the fewest first-choice votes will be eliminated. Everyone who voted for that person will have their second choice votes distributed, and the process will be repeated until one candidate has more than 50% of the votes. Voters who only rank one candidate will have their ballot exhausted if that candidate is eliminated, as they will have no second choice option to be allocated.

The open format of the primary election is also a new addition, part of the 2020 ballot measure. Though the ranked choice method of voting is not used for primaries, this meant that every candidate for each position was listed on the ballot, regardless of party affiliation and the four candidates with the most votes will move on to the general election later in the year.

On the ballot were primaries for United States Senator, U.S. Representative, Governor/Lieutenant Governor, and State Senate and House seats. The ranked choice special election for the U.S. House was on the back of the same ballot.

Preliminary results last updated at 4 p.m. Aug. 17 by the Alaska Division of Elections have Lisa Murkowski in first place in the primary for U.S. Senate with 44% of the vote. Trailing her by around 6,000 votes is Trump-endorsed Kelly Tshibaka, at 40%. In third place is Patricia Chesbro, who received an endorsement from the Alaska Democratic Party and received 6% of the vote. Rounding out the top four is far-right candidate Buzz Kelley with 2%.

Each of the candidates who were listed on the special election were also listed on the primary, meaning some of the same names appeared in two different races, on opposite sides of the ballot.

For the primary for U.S. Representative, preliminary results show Democratic candidate Mary Peltola in the lead with 35% of the vote. Behind Peltola are former Governor Sarah Palin with 31% and Nick Begich III with 27%. Tara Sweeney is in the fourth spot, but only has around 4% of the vote.

Those results largely align with the preliminary results of the ranked choice special election. Peltola leads there with 38% at the time of writing. Palin has 32% and Begich claims 29%. Only the three candidates are on the ballot because the fourth – Dr. Al Gross – dropped out.

Absentee ballots postmarked by Aug. 16 can still be received until two weeks after election day, so the ranked choice process – in which candidates are eliminated and votes redistributed – will not happen until that deadline has expired. Certification of results is set for Sept. 2.

At this time, preliminary results for the special election suggest that Begich will be eliminated. In that possible outcome, if enough of his supporters chose fellow republican Palin as their second choice, she could very well end up securing the win. Conversely, if his supporters ranked Peltola second or left their second and third choices empty, then Peltola may be the one in Washington D.C. next month.

For Governor, incumbent Mike Dunleavy is holding 42% of the vote in preliminary results. Nearly tied in second and third place are former Governor Bill Walker and Democratic candidate Les Gara. They each have 22% and are separated only by 300 votes. It appears that the fourth spot will be filled by Charlie Pierce, who has 7% and currently serves as Borough Mayor of the Kenai Peninsula.

For the state legislature, primaries were held for 19 seats in the State Senate and all 40 seats in the State House. Of these, only one race had more than four candidates. This means, aside from that one exception, no one was eliminated in the primaries and everyone will reappear on the ballot in November.

Though it may seem low stakes, it is a unique insight for candidates and voters alike to see how candidates are faring against each other, only a few short months before the general election.

Like the special ranked election, these results will not be certified until Sept. 2. At this point, the majority of ballots have been received and there is less opportunity for things to shift in a big way without the impact of ranked choice allocations. At the time of writing, 395 of 402 precincts have reported their vote tallies.

Full preliminary results can be found at elections.alaska.gov/election-results/