Disney announces and updates a slew of projects on Disney+ Day 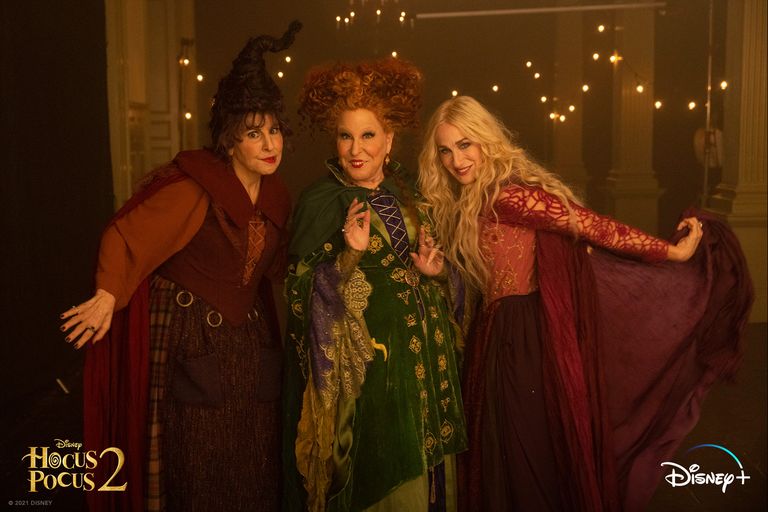 People love announcements almost as much as Disney loves huge combined marketing activations. Set on the second anniversary of Disney+, Disney+ Day took place on Nov. 12 and was a celebration of two full years of the streaming service and also a venue for Disney to offer updates on titles coming to the platform.

Though this was the inaugural Disney+ Day, which is likely to become an annual event, it is not the first time announcements for the platform have come around this time of year. In 2020, Disney’s Investor Day took place on December 10th and featured many announcements in the same vein as this year’s event for Disney, Marvel, Star Wars and more.

The event wasn’t exclusively about looking to the future, however, as it also featured. Curiously, though that event was a produced and live-streamed presentation, Disney+ Day announcements were simply dropped in a Twitter thread throughout the early part of the day. The action kicked off before 5:00 am in Alaska, with the final announcements trickling in just before 8:00 am.

“Baymax!” a previously announced series was shown off with a trailer, it is sequel to the 2014 “Big Hero 6” not to be confused with that film’s other animated sequel series “Big Hero 6: The Series.” This series seems to eschew the superheroes and just features the title character getting up to fun animated shenanigans. A release window of summer 2022 was confirmed.

The previously announced “Chip ‘n Dale: Rescue Rangers” film starring Andy Sandberg and John Mulaney is confirmed for spring and is also confirmed as a sequel to the original cartoon, rather than a reboot. No word on whether it will retain the iconic original theme song.

The first image of the original “Hocus Pocus” witches back in costume for “Hocus Pocus 2” was revealed, as filming has started ahead of the movie’s Fall 2022 release. Despite a nearly thirty-year gap, the three women look like they’ve jumped right back into their roles.

“Sneakerella” is a newly announced film coming out on Feb. 18, and is a retelling of the classic Cinderella story, through a curious lens of sneaker culture. On paper this seems easy to poke fun at, but the trailer actually looks like it has some real heart and ambition, there’s a chance this is a fun surprise for next spring.

After being announced early last year, “The Proud Family: Louder and Prouder,” a sequel series to the original Disney Channel show got its first trailer. The cast is returning, and the updated art style looks really nice. Disney is marketing this one with a significant line-up of more than a dozen big guest stars including names like Lizzo and Lil Nas X.

The third season of the Disney+ series “High School Musical: The Musical: The Series” was announced. The first season was a big surprise at the launch of Disney+, making waves with a fun story and characters. The second season was released this year and was not as good. I’m excited to see Disney give this team another chance, and even more excited that the announcement teased a “Frozen” theme for this season.

A series adaptation of “The Spiderwick Chronicles” was announced for Disney+, though no other details were given. It’s likely this series won’t surface for several years, similar to the “Percy Jackson and the Olympians” series that was announced last year and conspicuously absent from this celebration.

Following that announcement, the Lucasfilm section of the celebration began. This began with an update on “Willow,” a series based on the 1988 film, which focused on showing off the impressive cast. Then, a documentary about the original actor who played Boba Fett in the original “Star Wars” trilogy was shown off, already available on Disney+. Finally, viewers were directed to Disney+ itself to view an “exclusive behind-the-scenes look” at “Obi-Wan Kenobi,” the upcoming Star Wars series that is expected to release in the earlier part of next year.

Much anticipation was directed at the “Obi-Wan Kenobi” announcement, with many expecting a full trailer on Disney+ day. The featurette on Disney+ was only a minute long, though it did feature some intriguing art. The Star Wars presence as a whole at the event was surprisingly sparse. No mention was made of “The Book of Boba Fett,” a “Star Wars” series releasing in December, or of “The Mandalorian,” which is expected to return next year as well. Also absent was “Andor,” “Ahsoka,” “Rangers of the New Republic,” “The Acolyte,” and “Lando,” all “Star Wars” series announced at last year’s Investor Day.

This strange absence of any “Star Wars” news comes also at a strange time as the future of the films was thrown into question as reports came out that same week that the only dated “Star Wars” film: “Star Wars: Rogue Squadron” was shelved. It is currently unclear when that galaxy far far away will return to theaters.

A “Cars” series: “Cars On the Road” features the original voices of Owen Wilson and Larry the Cable Guy and will release next year. Pixar also gave an updated release window for its previously announced original series “Win or Lose,” now coming Fall 2023. Updated release windows were also provided for the previously announced series “Zootopia+” and “Tiana,” coming in 2022 and 2023 respectively. “Tiana,” a sequel to the 2011 “Princess and the Frog” is described as a “long-form musical series”

The final section of the celebration was dedicated to Marvel Studios. It began with the announcement of “X-Men ‘97,” a sequel series to the classic ‘90s “X-Men” animated series, coming 2023. Updates were also provided for the previously announced “Moon Knight,” “She-Hulk” and “Ms. Marvel” series in the form of another exclusive look on Disney+. The updates were brief chunks of new footage at the end of a fifteen-minute-long video. “Ms. Marvel” was also quietly delayed to Summer, after previously being announced for this year.

A second season of the animated “What If…?” and the long-rumored “Echo,” about a character set to be introduced in this month’s “Hawkeye” series, were confirmed. A surprising announcement was “Agatha: House of Harkness,” a series about the character introduced early this year in “WandaVision.” Finally, ending the announcements, “Spider-Man: Freshman Year” and “Marvel Zombies,” two animated series set in the Marvel Cinematic Universe were announced.

Disney+ has a lot of content coming down the pipe. It has to keep those subscriptions running year-round. Though it had a lot to talk about, many of the announcements were just logos, and there were very few actual dates. Developing projects during the global pandemic of course adds a lot of uncertainty, but the actual release calendar for next year remains a little unclear.