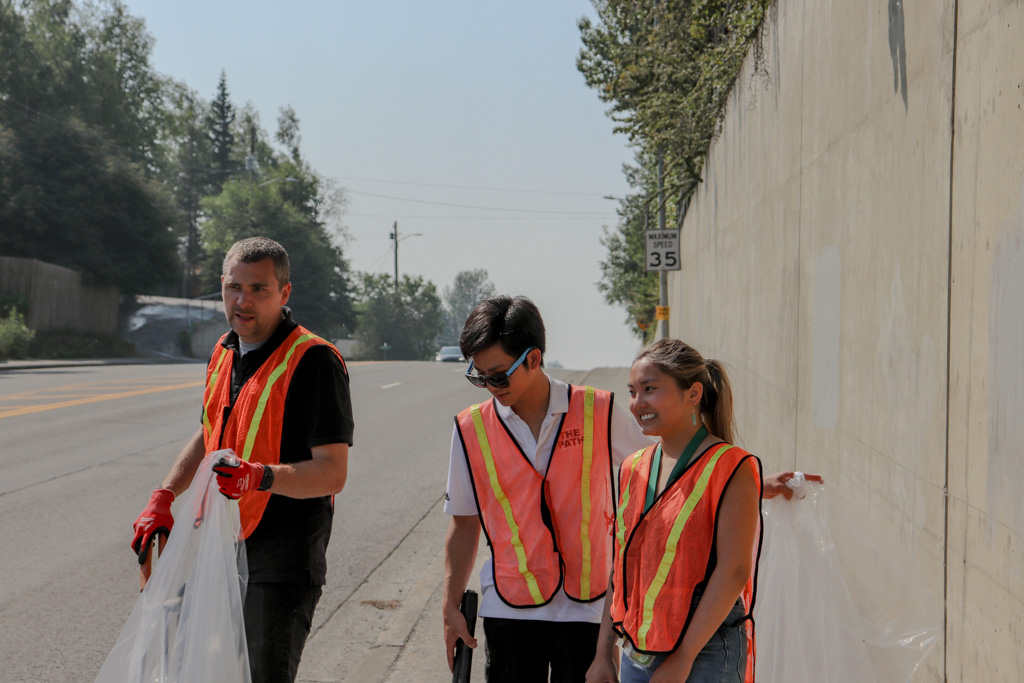 Braving the heat, from left to right, Clark, Tejada and Scoggin pick up trash on the road. Photo by Matthew Schmitz.

On a hot day in late June, made worse by heat-trapping wildfire smoke, two members of USUAA – President Katie Scoggin and Vice-President Shanone Tejada – were joined by USUAA advisor Zac Clark and took to the streets to cleaning up trash along USUAA’s Adopt-a-Road section of 36th Avenue, from Lake Otis to the New Seward Highway.

Clark said that it is their responsibility to pick up trash along the section at least three times a year.

The three-person crew met at 4pm on Wednesday the 29th by greenhouse to the east of the Gordon Hartlieb Hall. Donning orange safety vests and armed with trash bags and trash-pickers – provided by UAA – they walked to Lake Otis and 36th.

Working from the Lake Otis end of 36th, they headed toward the New Seward Highway, picking up trash as they went.

With cars whizzing past and oppressive heat, the team endured the stressful working conditions and fulfilled one of their three required cleanups of the road section.

The next planned date for a clean up is on July 27, for anyone wanting to join in.