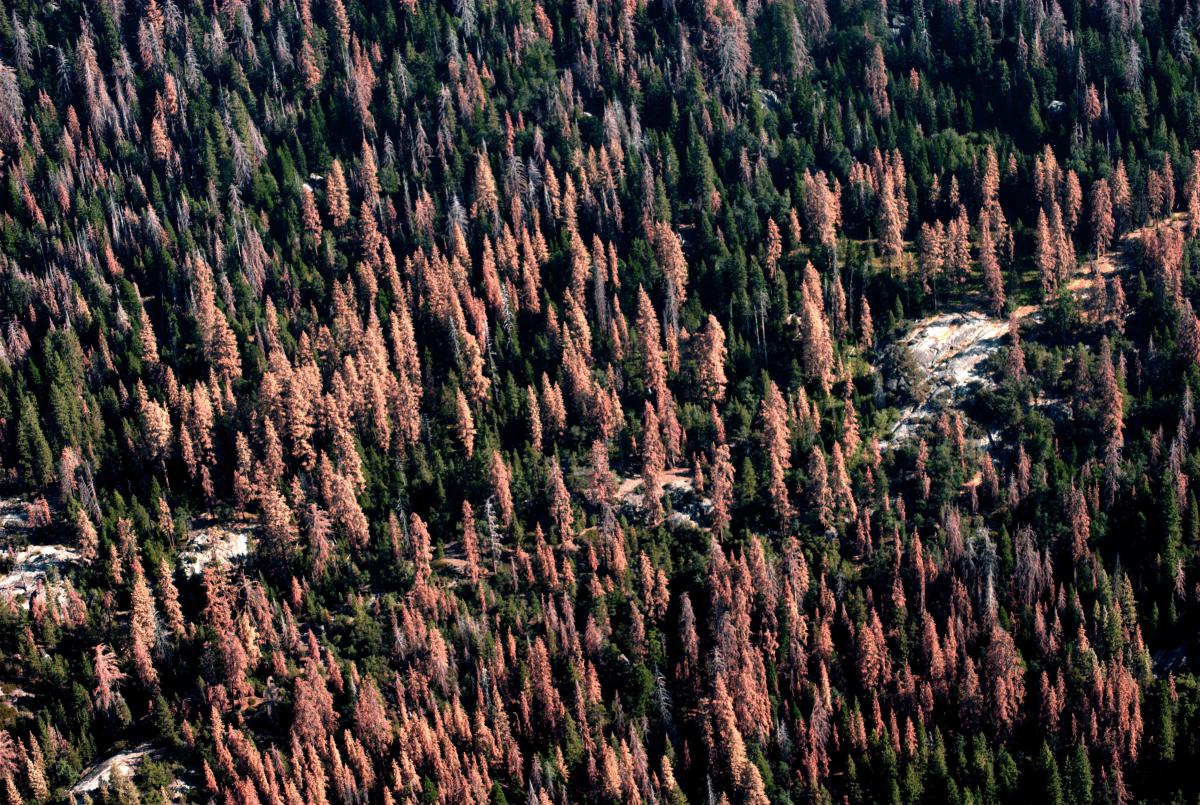 Alaska’s forests have been waging a losing war against tree-killing spruce beetles for the sixth year in a row. Over 1.1 million acres of wooded area have been impacted by the spruce beetle in Alaska’s south central regions alone since 2015, with thirty thousand of those acres lying within the bounds of the Anchorage Municipality, according to the Alaska Division of Forestry.

For the colossal damage they’ve caused, spruce beetles are deceivingly tiny, only measuring about a quarter inch long and an eighth inch wide. They spend the majority of their life cycle beneath the surface of a spruce tree’s bark, where they feed, mate and overwinter.

When summer temperatures reach about 60 degrees, spruce beetles begin to emerge from infested trees to seek a new suitable host. Once a beetle has successfully infiltrated a tree, it releases a chemical signal in order to attract a mate. The female beetles then bore holes vertically along the tree’s phloem layer, which is responsible for delivering the nutrients produced by photosynthesis throughout the tree, and proceed to lay their eggs along the sides of the chamber. When the larvae hatch, they feed on the sugary phloem material necessary to the tree’s survival, effectively cutting the tree off from its own energy supply.

After a spruce tree becomes infested with a colony of beetles, it survives no longer than two years, in which its needles turn from their characteristic evergreen hue to a sickly reddish brown.

In recent years, the frequency of “beetle-killed” spruce trees has erupted in what ecologists are calling a sort of epidemic among coniferous trees.

Jason Moan of Alaska’s Division of Forestry says a slew of factors have given rise to the outbreak.

“Spruce beetles typically favor large diameter, slow growing trees,” Moan said. “If we have strong winds or events like that where a large number of trees might be blown over, beetles tend to favor that material. They’re able to build up populations very rapidly.”

Dr Matthew L. Carlson, a professor and director of the Biological Sciences Department at UAA, attributed this eruption to the average summer temperatures rising in recent years. When average summer temperatures reach 50.5 degrees or higher, female beetles become more active in seeking out and colonizing new trees, according to Carlson. Warmer summers also expedite the development of the beetle in its larval stage, allowing the life cycle of the spruce beetle to potentially half from two years to only one.

Ecologists and biologists like Carlson avoid applying terms such as good or bad to these sorts of natural ecological events.

“There are outcomes that are good for some species, like as more dead trees fall in streams and rivers the large woody debris is good for salmon, and bad for others, like coniferous forest associated species like red squirrels and crossbills,” Carlson said. “But the large-scale disturbance does change the local plant and animal communities and it can take some time before spruce forests return.”