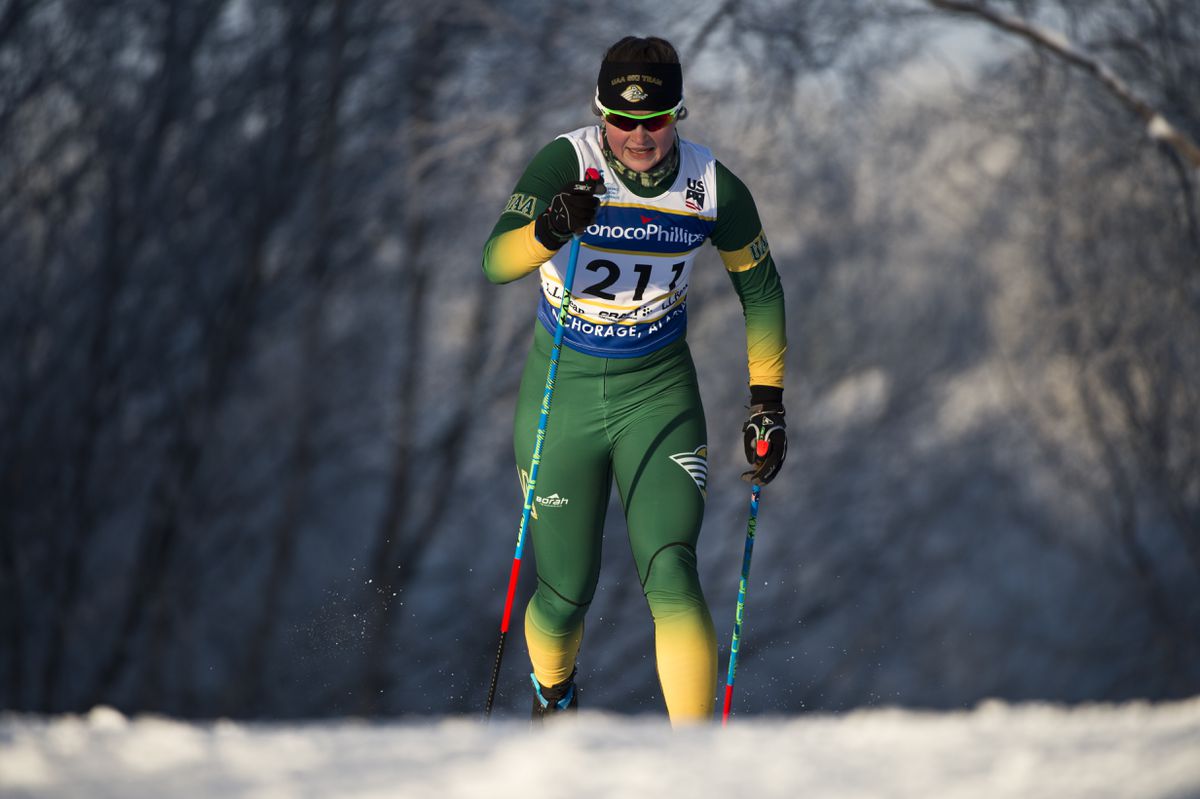 Every four years, the Olympics shine as the pinnacle of many disciplines of athletics. The event is held by a different country each year; with the ongoing Winter Olympics being held in Beijing, China, which begins with opening ceremonies held on Feb. 4th. Athletes from all over the world, of amateur and professional rank, meet in individual and team events with medals up for grabs, records to be broken, and countries to proudly represent. Despite its grand, international scale, right now University students might be feeling its impact closer to home as four of these top-level athletes happen to be Seawolves. Mat Robinson, 2009 Graduate and former UAA Hockey Team letter winner for four seasons in NCAA Division I play; as well as captain in his final year as a Seawolf, will be on the ice for his home country on Team Canada; their first game is set to come against Germany on Feb. 10th. This is also Mat’s second Olympics, having been on the Bronze-winning men’s hockey team for the 2018 Pyeongchang games. The other three Seawolves are all involved in the same discipline; Nordic Skiing.

“[In Alpine Skiing] you’re going pretty fast down steep hill, usually on ice, and it takes quite a bit of skill to do that,” said UAA Skiing head coach Sparky Anderson, who has been the head coach of the program since 2012. “On the Nordic side, you got kids that are just willing to taste blood and go so hard and train that hard year-round,”

Former UAA ski team member Casey Wright, 2019 graduate who earned NCAA All American and Academic All American honors as well as the NCAA Elite 90 award for highest grade point average among all women at the 2019 NCAA skiing championships, will represent Team Australia in her second Olympics as a member of it’s Cross Country Ski team. Hailey Swirbul, who graduated last semester and made several world cup appearances and medal victories during her career as a UAA ski team member, including a gold medal victory at the 2020 US championships, will be making her Olympic debut as a member of Team USA.

The only currently enrolled Seawolf to be taking part in this year’s Olympic games, although graduation is right around the corner, is senior year student JC Schoonmaker, also making his Olympic debut on Team USA. Achieving NCAA All American honors in his sophomore season, and competing during the 2020-2021 world cup, there is no doubt that he along with the aforementioned athletes have earned their places in this year's games, and have proven to not just show excellence on the powder, but in the classroom as well. This understanding of balance and drive to succeed comes from many factors, one of these being the coaching and guidance of the UAA ski team faculty. Coach Anderson noted that most competitions are “division blind”, meaning that schools from different NCAA divisions from across the nation can compete against each other, with the different disciplines and mens and womens events all adding up for the overall team’s standing.

“I look for kids who are pretty tough-minded,” Coach Anderson said, “We’re a Division II ski program that competes against PAC-12, Division I teams, we tend to get the scrappier, hungrier kids… we’ve had a history of being the dark horse and we kind of thrive on that identity,”

‍
Coach Anderson mainly coaches the Alpine half of the ski program, with Nordic coaching being the forte of Associate Head Coach Trond Flagstand, who upon returning in 2020 after a prior stint as assistant and head coach of the program from 2001 to 2014, lead the Nordic mens and womens ski team to fourth overall in NCAA competition; also coaching four UAA skiers including JC to All-American honors. Despite the difference in disciplines, Coach Anderson shared that a trait just as valuable as academic diligence and disciplined training, and one that JC personifies above anything else, is to be a team player.

“He’s humble and kind and a team player, and he listens. He’s the nicest stud of a guy you can meet,” said Anderson, “I think he has fun with it too, he enjoys the process… he’s a role model without realizing he’s a role model for everyone in the ski world, especially in UAA,”

The mens and womens Cross Country Ski teams will have their first competitions beginning on Feb 4th at 10:45 AKST with the women's Skiathlon where Hailey Swirbul will be participating. Nordic Skiing competitions are varied, with events including the Men’s and Women's Skiathlon, the Women's 10 km Classic, the Men's 15 km Classic, Mens and Womens Sprint Frees and Team Sprint Classics, the Women's 4 km x 5 km relay, and the Men's 4 km x 10 km relay.