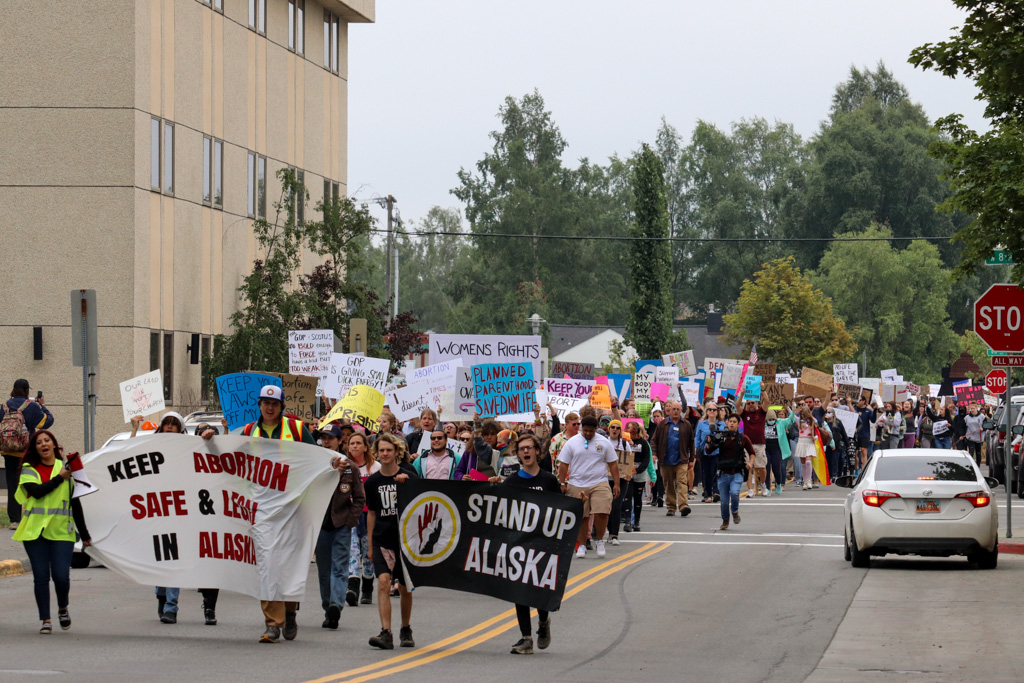 In a historical ruling on June 24, the Supreme Court of the United States overturned the decision of Roe v. Wade, which had established a woman’s right to an abortion in the United States for the past 50 years.

The impact of the 5-4 decision means that states can now determine all laws and regulations concerning abortion procedures – up to and including a total ban – without having to follow the guidelines set out by Roe and the follow up decision of Casey v. Planned Parenthood – overturned alongside Roe.

The ruling makes policy around abortion at a state and national level a live issue in the in the upcoming midterm elections.

In the opinion for the majority, Justice Samuel Alito wrote Roe was “egregiously wrong and on a collision course with the Constitution from the day it was decided.” And addressing Casey, Alito wrote that it “perpetuated” the errors of Roe.

Not mentioned specifically in the constitution, this right would have been among the unenumerated rights protected by the 9th Amendment and the Due Process clause of the 14th Amendment.

Though privacy is nowhere explicitly mentioned in the Constitution, the Supreme Court has recognized several rights – the right to contraception, homosexual acts, gay marriage, and interracial marriage – as protected under a general right to privacy inferred from the overlap of several amendments.

The court conducted a historical analysis to determine if this right was “deeply rooted in the nation’s history,” and they concluded it was not. Protection of the disabled was also cited as a reason for their decision.

In a similar fashion, Alito argued that states have a right to protect unborn life and because of the unique nature of abortion – the destruction of unborn life – this called for a similar historical analysis of abortion.

He also criticized the decision of Casey for reaffirming Roe on the basis of “stare decisis” without reexamining the historical analysis of Roe, which Alito found to be faulty.

Stare decisis is a legal principle that says prior decisions should not be overturned for the sake of stability, and to protect the court’s real and apparent integrity.

In the dissent – authored by Justices Breyer, Sotomayor, and Kagan – the Justices accuse Alito of cherry-picking history to suit the outcome he wanted. According to their opinion, Alito improperly dismissed the past 50 years of development on the issue of abortion in the United States.

He also, they wrote, was wrong in claiming that the court had improperly applied the principle of stare decisis in Casey.

In addition to that, they wrote that he overlooked the massive impact overruling Roe will have on women’s lives, and that women have come to rely on access to abortion to make decisions and plan for their future.

Regarding his legal reasoning, they write that the same logic can be applied to the other court decisions that protect unenumerated rights.

Alito addresses this concern in his opinion, writing that abortion is a unique case and that the other decisions would not be in jeopardy of being overruled.

In the dissent, the Justices write that this an empty promise and cite the concurring opinion of Justice Clarence Thomas, who clearly writes that the other cases protecting unenumerated rights should also be reexamined.

Thomas writes, “For that reason, in future cases, we should reconsider all of this Court’s substantive due process precedents, including Griswold, Lawrence, and Obergefell.”

Griswold established the right to use contraceptives, Lawrence the right for indivuals to engage in homosexual acts, and Obergefell the right to same-sex marriage.

Many commentators have pointed out that Thomas leaves out the case that protects interracial marriage – Loving v. Virginia – in his list of decisions that should be reexamined.

The dissenting Justices write that the cause for the new ruling is entirely due to the change in composition of the court.

From the dissenting opinion: “The majority has overruled Roe and Casey for one and only one reason: because it has always despised them, and now it has the votes to discard them.”

The ramifications from the decision have been swift with 27 states either outright banning abortion or severely restricting access.

In Anchorage, there have been protests occurring regularly in response to the decision.

On June 25, a protest was organized downtown, by Stand Up Alaska and the Party for Socialism and Liberation Anchorage.

Several hundred people gathered on the Delaney Park Strip at G and 9th Street, before marching down F Street to the Town Square in front of the Performing Arts Center.

Carrying signs and banners, the protesters chanted “we won’t go back” and “people power” as they made their way through the streets.

In the Town Square, people gave speeches to the gathered crowd declaring opposition to the decision by the court.

In Alaska, the right to an abortion is still protected under an explicit privacy clause in Alaska’s state constitution.

This November the question of whether to hold a constitutional convention will be on the ballot. Every ten years Alaskans get to vote on holding a convention to modify the state’s constitution.

Anti-abortion activists have identified this as the most likely path to banning abortion in the state.

Jim Minnery is the executive director of Alaska Family Council and an anti-abortion advocate.

He was quoted in the Anchorage Daily News as saying “We’re very excited to advance a ‘yes’ vote on the Constitutional Convention.”

At the rally on the 25th, ADN reported that 15-year-old activist Cynthia Gachupin spoke and implored the gathered crowd to vote against the convention in the upcoming election, quoting her as saying “The youth activist and the youth need you to vote for us because we can’t.”

According to the article, the crowd responded back, chanting “We will vote.”