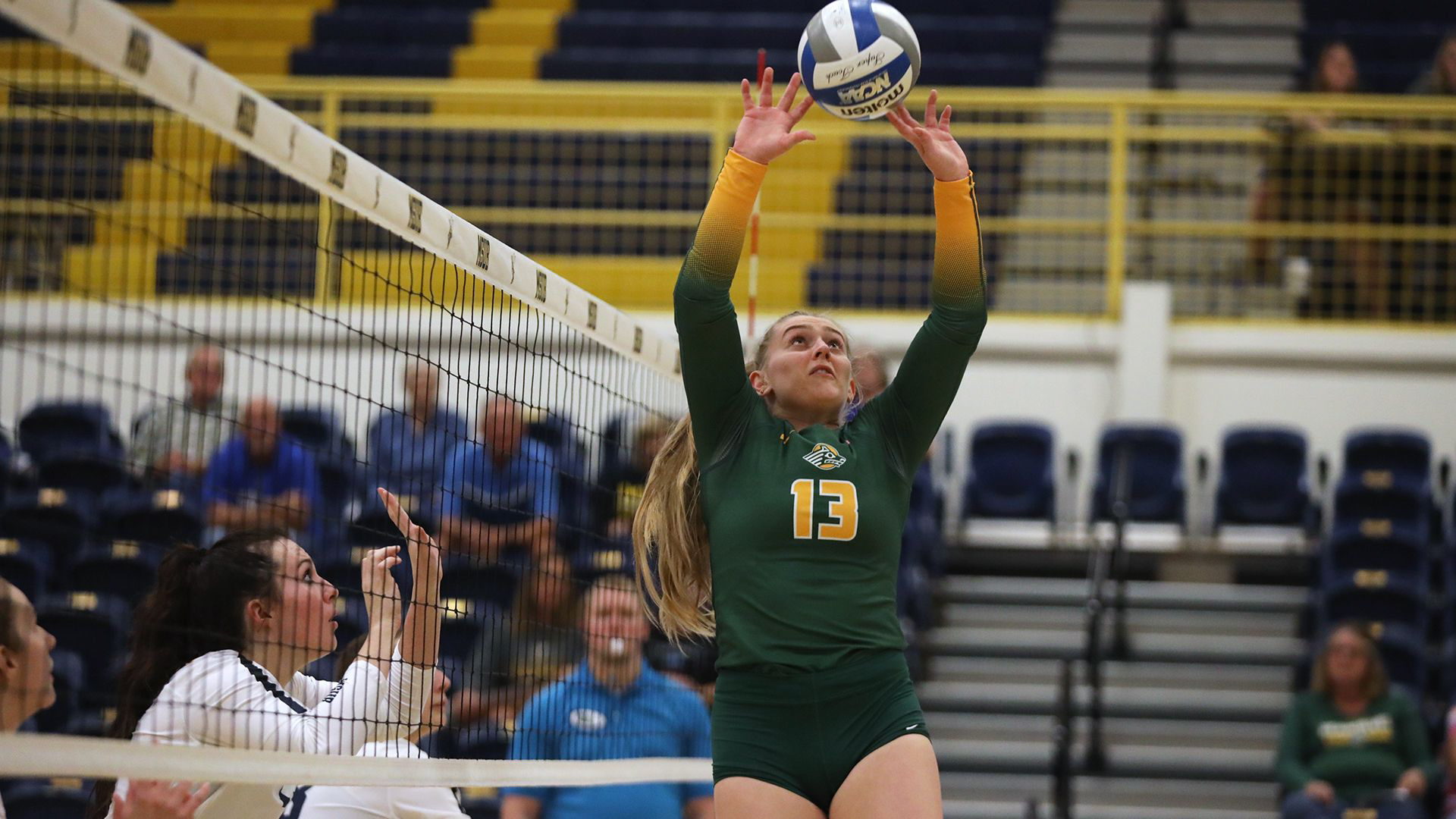 The Seawolves defeated Central Washington and Northwest Nazarene on the road to remain undefeated in Great Northwest Athletic Conference. In their first away game, Ellen Floyd moved up to the second place spot on GNAC's assist career list, finishing the night with 4,395 assists.

The Seawolves kicked off their road trip in Ellensburg, Washington where they faced off with the Central Washington Wildcats on Oct. 6, winning three straight sets. On her second assist of the night, Floyd secured the second place spot on GNAC's assist career list.

Eve Stephens recorded a double-double and Isabel Evans made a career-high of seven blocks to help lead her team to a 25-20, 25-20, and 25-16 sweep against their opponents.

The Wildcats were led by Emma Daoud-Herbert's eight kills on a 0.400 hitting percentage. The Seawolves blocking-game was on fire, preventing the rest of the Wildcats from scoring off their hits.

"Our block really came alive tonight, especially in the third set when we were able to grab another early lead and not give them any life," said head coach Chris Green.

The Seawolves never trailed past the fourth point of any of the sets, stretching their lead steadily throughout each frame and holding the Wildcats under 0.100 hitting percentage each time.

The Seawolves took the court again in Nampa, Idaho on Oct. 6 and matched up with the Northwest Nazarene Nighthawks. Stephens recorded a career-best defensive performance and Emma Patterson delivered a spark off the bench to help her team secure its 11th straight victory over four sets.

The teams traded leads throughout the opening frame, but nine assists and five digs from Floyd helped UAA pull ahead and win the frame 25-20.

The Nighthawks took control of the second frame midway through, pulling ahead 20-13 before the Seawolves rallied to come back. UAA fought off three set points to get within one point. Feeling the heat, the Nighthawks called a timeout and drew up a play. The opposing team won the set 25-23 with a kill from Natalie Sullivan.

The Seawolves dominated the third frame, getting four kills on six hits from Lisa Jaunet and five kills from Elder. Floyd racked up 14 assists on 27 sets in the frame and helped her team outhit the hosts by 0.303%. The Seawolves won the third frame 25-14.

UAA trailed 9-7 in the fourth frame until Elder sparked momentum in her team by going on a 4-0 run. Stephens stretched the Seawolves' advantage to 22-18 with a kill, and Elder helped her team take the set with a kill on match point. The Seawolves won the final frame 25-21 to defeat the Nighthawks 3-1.

Stephens accumulated 16 kills, six blocks and a career-high of 19 digs. Patterson had career bests of four kills and five blocks in the final three sets to help her team pull ahead.

The Seawolves capitalized on 10 service errors by the Nighthawks and scored nine aces. UAA unblocked their opponent 12-7.

"Our block was good again today against a very good offensive team," said Green. "We slowed down their hitters enough to get the win when our offense wasn't as consistent as we need to be."

The Seawolves return to the Alaska Airlines Center for five of their final nine matches, starting Thursday at 7 p.m. against Seattle Pacific. Visit GoSeawolves.com for tickets, including half-price tickets – for $5 – for the season finale against Central Washington on Nov. 5.