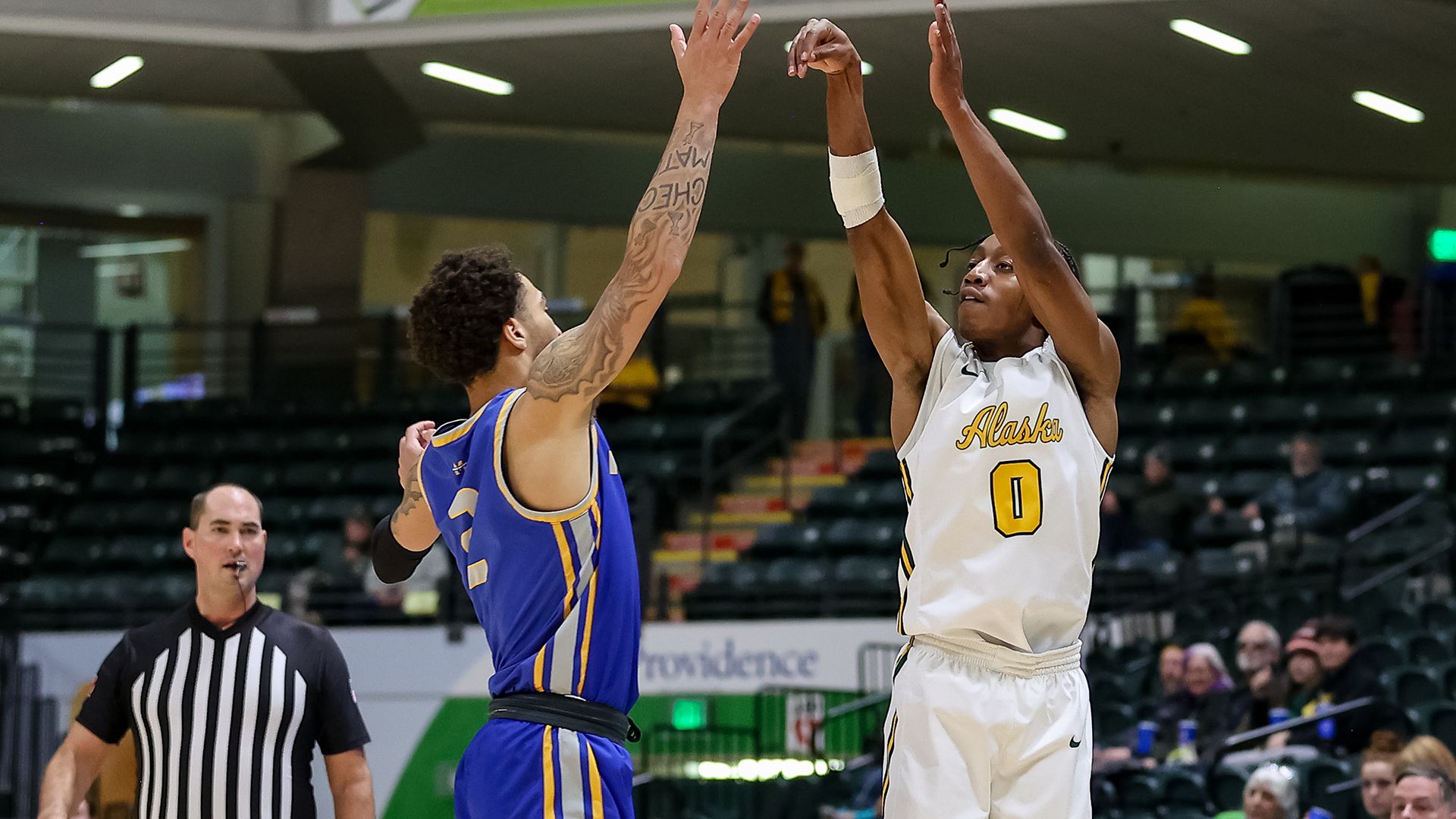 Da'Zhon Wyche was the leading scorer with 32 points against the Anteaters. Photo by Skip Hickey.

The Seawolves put up a strong fight against NCAA Division I school UC Irvine on Nov. 3, forcing the Anteaters into overtime with help from Da'Zhon Wyche's 32 points. Despite their strong effort, the Seawolves fell short and lost the game 83-87.

Things looked grim 14 minutes into the first half, as the Seawolves trailed 16-27. However, the team didn't give up. They outscored the Anteaters 9-2, to get the game within four points before halftime.

UC Irvine returned to court hungry for a lead. Within ten minutes, they stretched back to a 46-37 edge over the Seawolves. UAA then responded with a 13-4 run. They tied the game after a steal from Wyche, who found Dathan Satchell for a jumper.

The game remained within one or two possessions for the rest of regulation. The Seawolves grabbed a 67-62 lead after Jaedon Bradley scored a jumper with three minutes left in the game. Wyche put UAA up 69-65 with a little over one minute left in the game, but UC Irvine's Dean Keeler and Dawson Baker both scored in the final minute to forge overtime.

The Anteaters scored on the first possession of overtime and didn't trail for the rest of the game. They shot 4-of-5 from the field and 9-of-10 at the freethrow line. Their impressive clutch shooting led them to an 87-83 victory.

"I thought we showed a lot tonight, playing with toughness and battling for 45 minutes," said UAA coach Rusty Osborne.

"We made huge strides defensively the last week, and it paid off. Offensively we were out of sync and not trusting our offense in the first half, but we settled in and had a good offensive second half."

While the Seawolves faced a tough loss, Osborne saw it as a moral victory. "It is tough to lose, but we have very little installed after only 12 practices. As we get more practice opportunities, we will be better prepared in many areas," said Osborne.

"Da'Zhon had an expectation game, of course, but others played well also. In his first game, Dathan showed his ability to shoot, and Jaedon, Jaron and Tyson Gilbert all had good games. Sawyer Storms battled bigger guys all night long and AJ Garrity gave us great minutes at multiple positions."

Satchell finished the night with 11 points, Bradley and Jaron Williams each with 10, Storms with 9 and Gilbert with 8. Storms also had four rebounds and four assists, and Gilbert secured four steals.

The Seawolves play their first conference games of the season against fellow NCAA Division II opponents in a tournament in Hawaii. The tournament kicks off on Dec. 11 at 12:30 p.m. Alaska Daylight Time when the Seawolves face off against Chaminade University. Visit GoSeawolves.com for live links and stats.