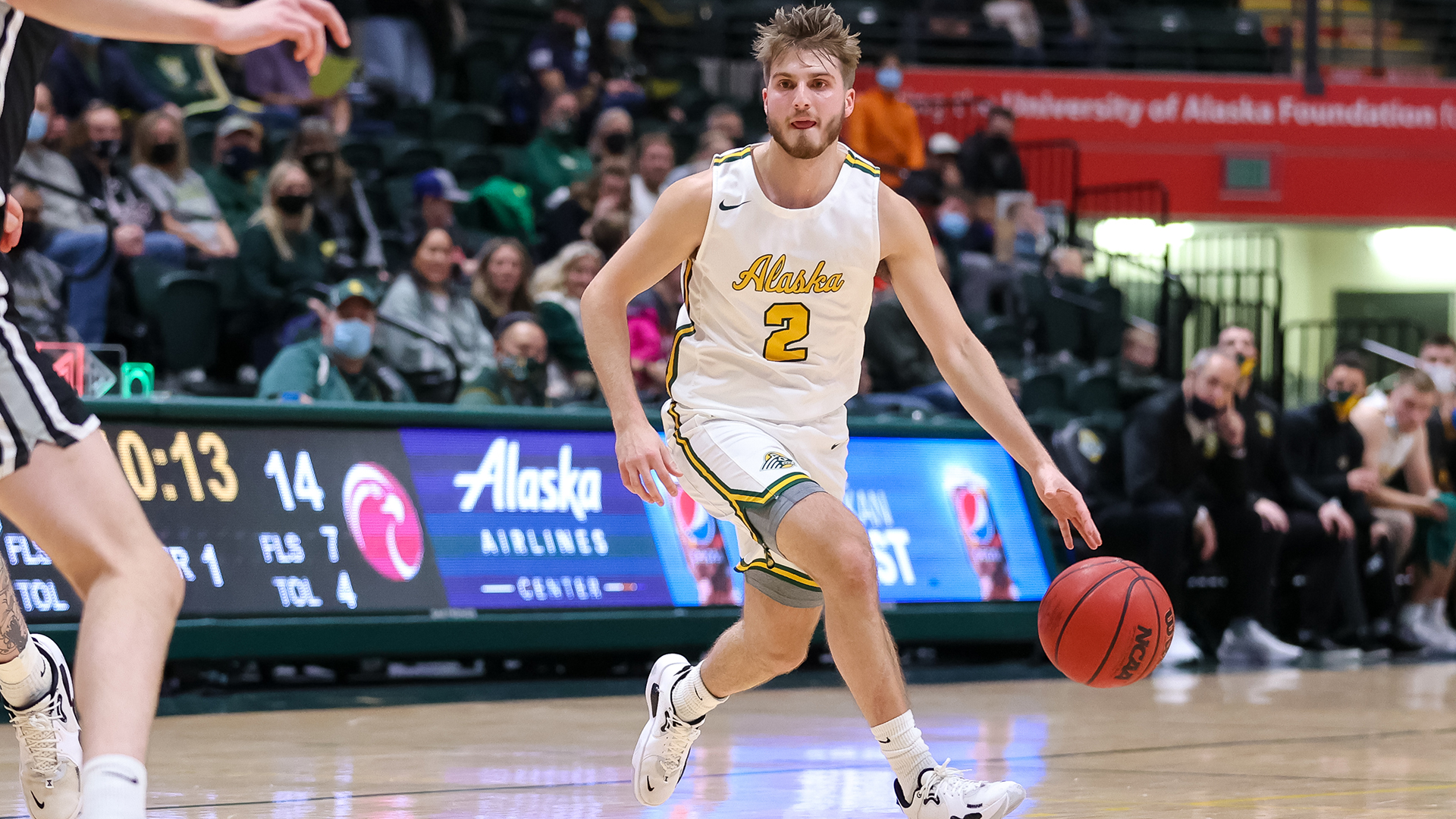 The men's basketball team took to the court at the Alaska Airlines Center on Oct. 21 to face off against themselves in a Green & Gold exhibition game. The Green team secured a narrow 54-50 victory.

The teams traded leads throughout the game, and it came down to the final minute. Trailing by two points, the Gold team attempted to make a comeback. Bradley set up for a three-pointer with 20 seconds remaining in the game, but he missed short.

The Green team secured the rebound and took it back down the court. Desperate to get the ball back, the Gold team fouled Sawyer Storms with eight seconds left in the game. Storms drilled both free throws to secure the Green team's 54-50 victory.

The Seawolves make their regular-season debut on Oct. 27 and 28 against Midway University at the Alaska Airlines Center at 7 p.m. both nights. Visit GoSeawolves.com for tickets.