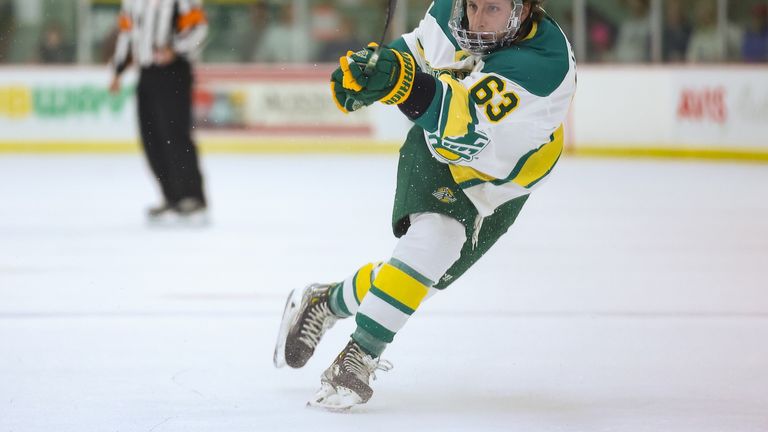 The Seawolves lost both games against the Air Force Academy Falcons in Colorado Springs, Colorado. UAA fell short 3-5 on Nov. 4 and 1-3 the next day.

The Seawolves found themselves down 0-3 early in the first period. AFA took advantage of its first power play of the game three minutes in, and then scored twice six minutes later.

Desperate to stay alive, the Seawolves rallied to get back into the game. Four minutes after AFA's goal, Caleb Hite scored the first Seawolf goal of the game with a backhand shot that tricked AFA's goalie. Derek Hamelin assisted on the goal. Three minutes later, William Gilson ripped a wrist shot to decrease AFA's lead before the first intermission.

The second period featured six total penalties between the teams. Both teams played tight defense to keep the period scoreless until the final two minutes, when AFA's Clayton Cosentino got past the defenders to score a long goal.

The Falcons kept their 4-2 lead throughout the third period until the Seawolves pulled the goalie with just over three minutes remaining in the game so they could have another offensive player on the ice. This strategy proved successful when UAA's Jamie Collins scored a goal, which was assisted by Hite.

With 45 seconds left in the game, AFA got past the Seawolves' defense to score an easy empty-net goal. The Falcons won the game 5-3.

UAA finished 0-for-4 on the power play and AFA was 1-for-7. Seawolf goalie Joey Lamoreaux made 24 saves in the first two periods. Nolan Kent then took Lamoreaux's spot in the goal and finished with three saves.

The Seawolves returned to the ice the next day to face off against the Falcons again. This time, UAA took an early lead in the game after Matt Allen scored with a low-angle shot seven minutes into the first period. Hamelin and Brett Bamber both assisted on the goal.

The Seawolves couldn't prevent AFA from scoring, though. Eight minutes into the second period, the Falcons tied the game 1-1. The opposing team then took the lead four minutes later with a shot that went between Kent's legs.

Down one point late in the third period, the Seawolves pulled their goalie with hopes of scoring. However, their strategy didn't work this time. AFA played tight defense and capitalized on the empty-net, scoring the last goal of the night with 24 seconds remaining in the game. The Falcons won the game 3-1.

Hamelin's assists in both games against AFA extended his point streak to six games. UAA will return to the ice on Nov. 11 and 12 to take on Arizona State in Tempe, Arizona. Visit GoSeawolves.com for live links and stats.