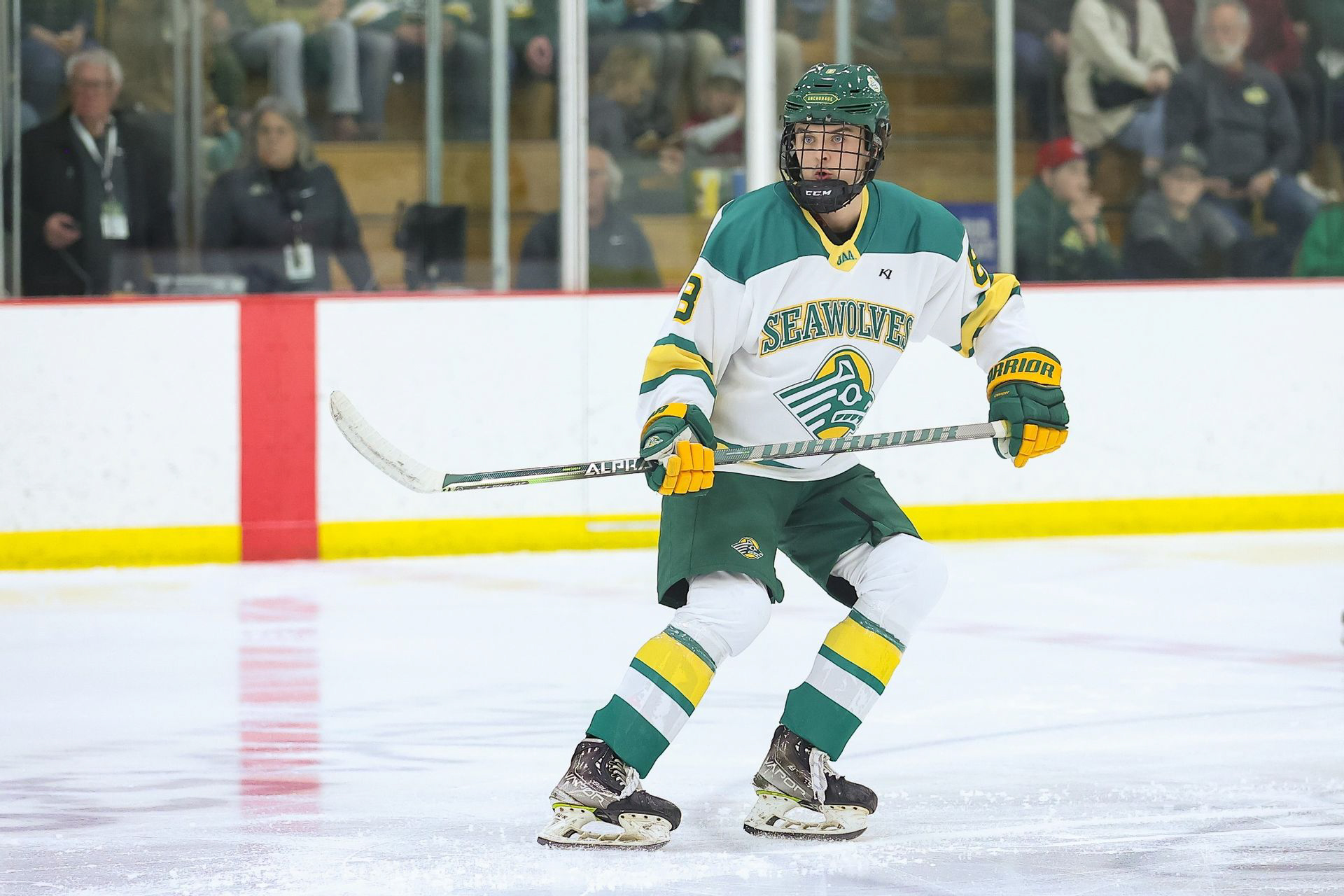 The Seawolves fell short – losing both back-to-back games – against the Colorado College Tigers on Oct. 7 and 8 in their first away games of the season.

In the first game of the series, the teams held each other to a scoreless first period.

Twelve seconds into the second period, Brett Bamber hit the puck into the corner, where it bounced off the boards to Connor Marritt's stick. The quick assist helped Marritt maneuver the puck past the Tigers' goalie to score the first goal of the game. Derek Hamelin also received an assist from the goal.

The Tigers responded with four goals in the second period: two on a power play, one short-handed and one even-strength.

They scored their third power play goal of the game less than a minute into the final period, growing their lead to 5-1.

Three minutes later Bamber scored his first career goal with a forceful shot from just inside the blueline. Hamelin and Maximilion Helgeson both recorded assists on the goal.

The Seawolves couldn't keep up the momentum, though. With 10 minutes left in the game, the Tigers scored the last goal of the night to win the game 6-2.

Goalie Joey Lamoreaux finished the night with 30 saves for UAA. The Seawolves outshot their opponents 38-36 but fell behind as the Tigers finished 3-for-4 on the power play and UAA finished 1-for-7.

The Seawolves took the ice again the next day eager for redemption. The Tigers matched their energy though, scoring two goals within the first five minutes of the opening period.

Helgeson kicked off the second period with a goal during a Seawolf power play to tie the game 1-1. Hamelin and Bamber both assisted on the goal.

The Tigers pulled away later in the second period, scoring twice on a power play. Neither team scored in the third period and the Tigers won the game 4-1.

Goalie Nolan Kent finished the night with 33 saves for UAA. The Tigers dominated in faceoffs, beating the Seawolves 42-21.

The Seawolves will take the ice again in the Seawolf Sports Complex on Oct. 14 and 15 against the University of Nevada Las Vegas. The Friday game is at 7 p.m. and the Saturday game is at 6 p.m. Visit GoSeawolves.com to purchase tickets.