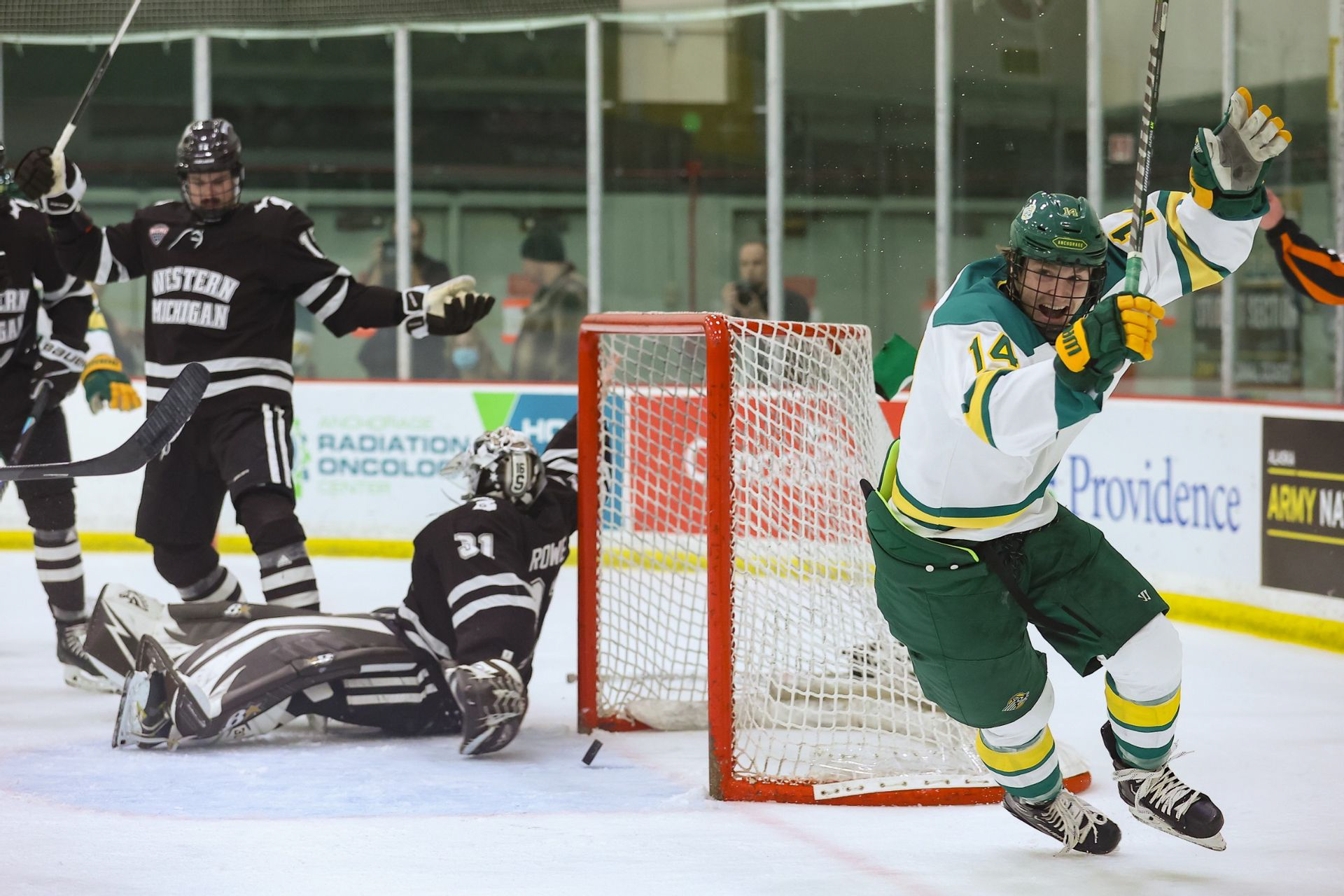 The Seawolves defeated the Western Michigan Broncos - ranked 14th in the nation - on Oct. 1 to secure their first victory in over 900 days.

Connor Marritt gave the Seawolves an early lead in the game, scoring the first goal of the season a little over six minutes into the opening period. Maximilion Helgeson and James Darby recorded assists on the play. The Broncos didn't accept defeat, though. Less than a minute later, Jamie Rome scored a powerplay goal to tie the game 1-1. The score remained tied for the rest of the first period.

Six minutes into the second period, two Broncos found themselves in the penalty box. With a 5-on-3 advantage, the Seawolves regained the lead with a goal by William Gilson and an assist from Derek Hamelin.

The third period featured the third UAA goal of the night, this one coming from the stick of Helgeson two minutes into the final period. Marriott and Allen each collected assists on the play.

Down 3-1 and desperate for a goal, the Broncos pulled their goalie from the game so they could put another offensive player on the ice. The Broncos were in a powerplay for the last two minutes of the game, but the Seawolves defense held strong and kept the opponents from scoring another goal. The Seawolves won the game 3-1.

Goalie Joey Lamoreaus made 17 saves on 18 shots before being replaced by Nolan Kent with 15 minutes remaining in the game. Kent finished with four saves.