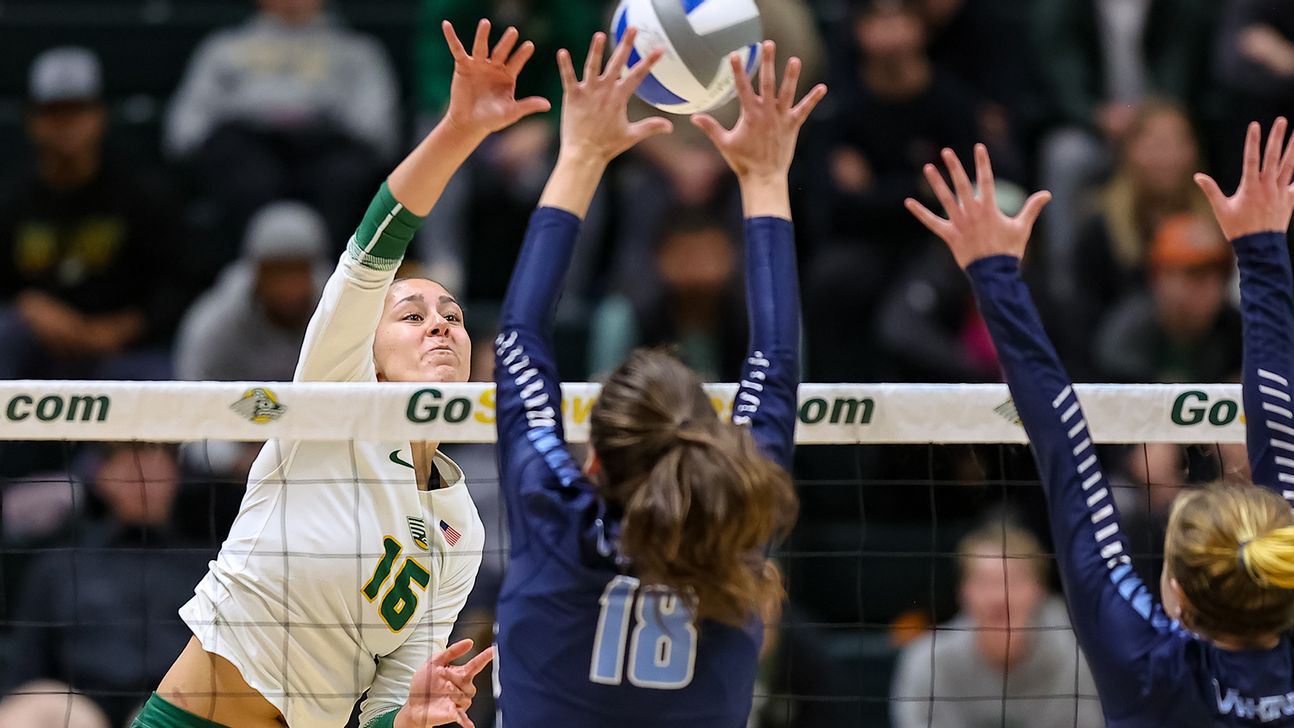 The Seawolf victory over the Vikings ended their opponents' streak of 103 matches without being swept.

"I thought we did a terrific job of playing with relentless effort, executing both offensively and defensively, and answering the bell in an emotional, big-time match," said head coach Chris Green.

"Eve showed again tonight why she is an All-American, using not only her power but also terrific finesse to rack up those huge kills numbers, and our defense was great, really frustrating their hitters at times."

The first frame was close, with the teams trading leads until the Seawolves took off with a 7-1 run. Isabel Evans gave UAA a 24-20 edge with one of her five kills, and Stephens delivered a kill on set point to help her team win the frame.

The Seawolves pulled away 16-10 in the second frame. After consecutive kills from Evans, Ellen Floyd, and Eve Stephens, the Vikings took a timeout. Their opponent then made a late surge, getting to 21-18, but outside hitter Lisa Jaunet slammed two of her eight kills to make it 24-19. UAA took the frame after the Vikings hit the ball out of bounds.

The Seawolves took the court again on Sept. 24 against the Red Leafs.

Tied 10-10 in the opening frame, the Seawolves took command and scored nine straight points, including three aces and four assists by Floyd. Floyd's serving surge throughout the game helped her surpass Seattle Pacific's Alyssa Given for second place on GNAC's career aces list. Floyd is now within six of the record of 198. The Seawolves won the opening frame 25-16.

The Seawolves struggled in the second frame and the Red Leafs prevented Stephens from delivering a kill. The opponents won the frame 25-21 to tie the game at one frame each.

"After a good start we definitely looked flat in the second set and for most of the third, but I give our ladies a lot of credit for a really gritty comeback at that stage of the match," said Green. "Ellen did a great job of piloting us through the rough patches tonight, really showing why she's not just a great setter but also one of the most well-rounded players we've ever had in our program."

Fighting to stay alive, the Red Leafs forged ahead 18-17 in the fourth frame. Their lead was short-lived though, as the Seawolves responded with a 7-1 run with the help of middle blocker Anya Grigsby. Grigsby delivered a block assist to make it 21-19 followed by a kill to claim a 24-19 advantage. The Seawolves won the game after a long serve from the Red Leafs.

The Seawolves head north to take on Alaska Fairbanks on Oct. 1 at 2 p.m. at the Patty Center. Visit GoSeawolves.com for links to live video and stats.