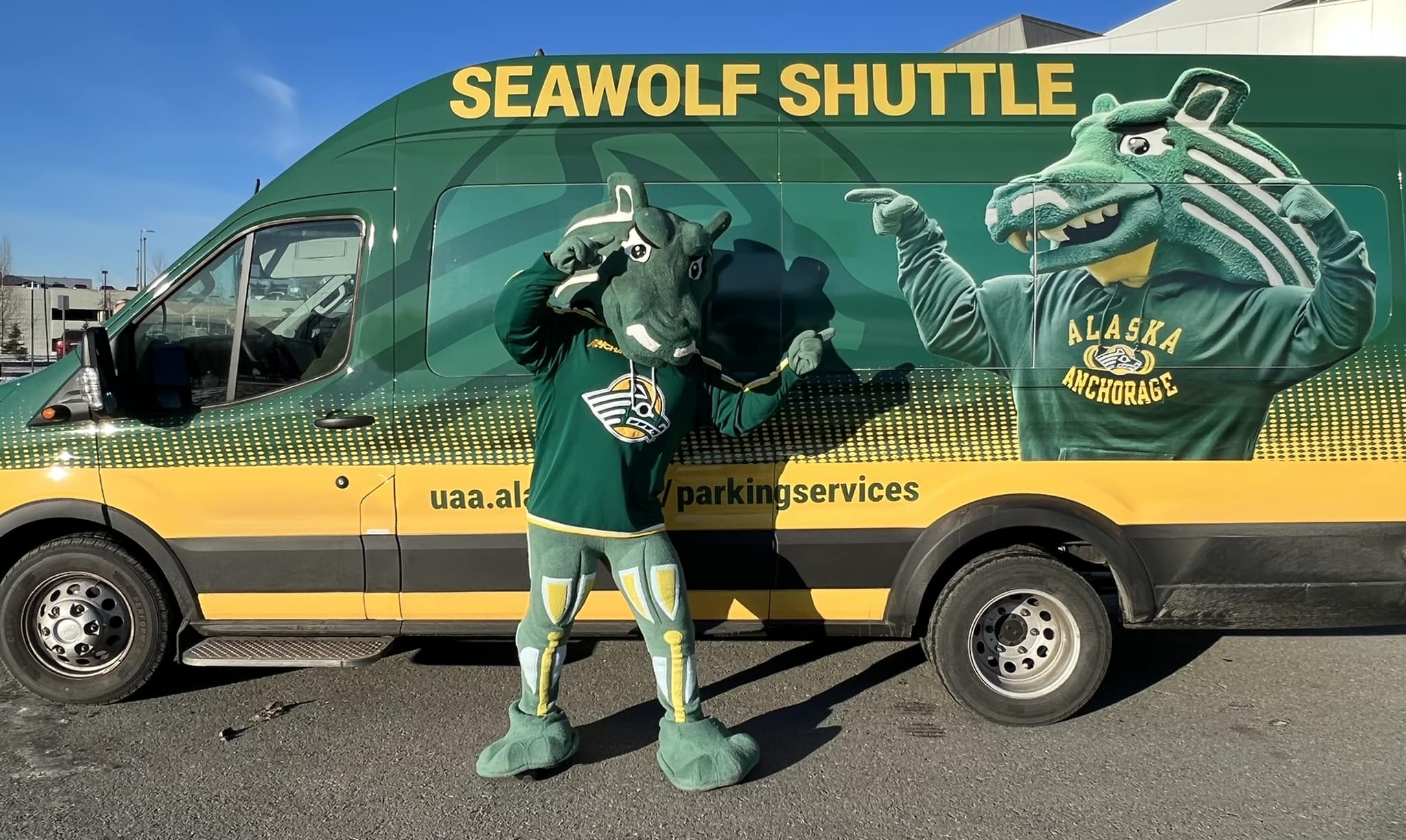 In a FaceBook post on Oct. 19, Seawolf Shuttle at UAA posted an official announcement that service would start up again on the 24th. The bus route follows a tight loop around campus.

Location and estimated arrival times of the seawolf shuttle have been connected to the app Buswhere. Students can access tracking services with the code ‘UAA,’ which will lock the route into the app.

The shuttle is in partial-service with only afternoon and night service available until the second van arrives. Current service, referred to as shift B, will run from 1 to 10 p.m., Monday through Thursday, according to the Parking Services page on UAA’s website. Shift A is expected to begin toward the end of November.

Both buses will circle around from the Gorsuch Commons to Rasmuson Hall and stop at the Engineering & Industry Building,the Social Sciences Building and Consortium Library, the Fine Arts Building, and back to the Commons again, they wrote.

In USUAA’s Oct. 14th meeting, President Katie Scoggin said Shift A will run from 8:15 to 5:00pm. Two drivers had been hired, and the second driver will start in November when the second shuttle arrives, she said.

Two Ford Transit U5X passenger vans were ordered with the aim to have both in service by early October, according to Seawolf Shuttle’s Facebook. Delivery of one of the vans was delayed due to supply chain issues and is now expected to arrive in early November.

The vans are equipped to seat eleven or nine passengers with room for an individual in a wheelchair. Each driver will have two days of training, said Scoggin

Before the new start-up, the shuttle service was run through UAA Facilities, Management, and Operations despite being funded through parking services, said Faola Harkins, a Parking Services employee at UAA. The previous shuttle vehicles were likely sold when the shuttle program shut down in the midst of COVID, he said.

The first of the new vehicles has been wrapped in Seawolf attire ,designed and installed by UAA Copy and Print Center. New pictures of them can be seen on Seawolf Shuttles’ FaceBook page or in person! On Monday, they posted that green signage has been posted at all active stops and inactive stops are marked with yellow banners that include maps indicating the nearest active stop.