Over 400 runners turnout for the Alaska Distance Classic 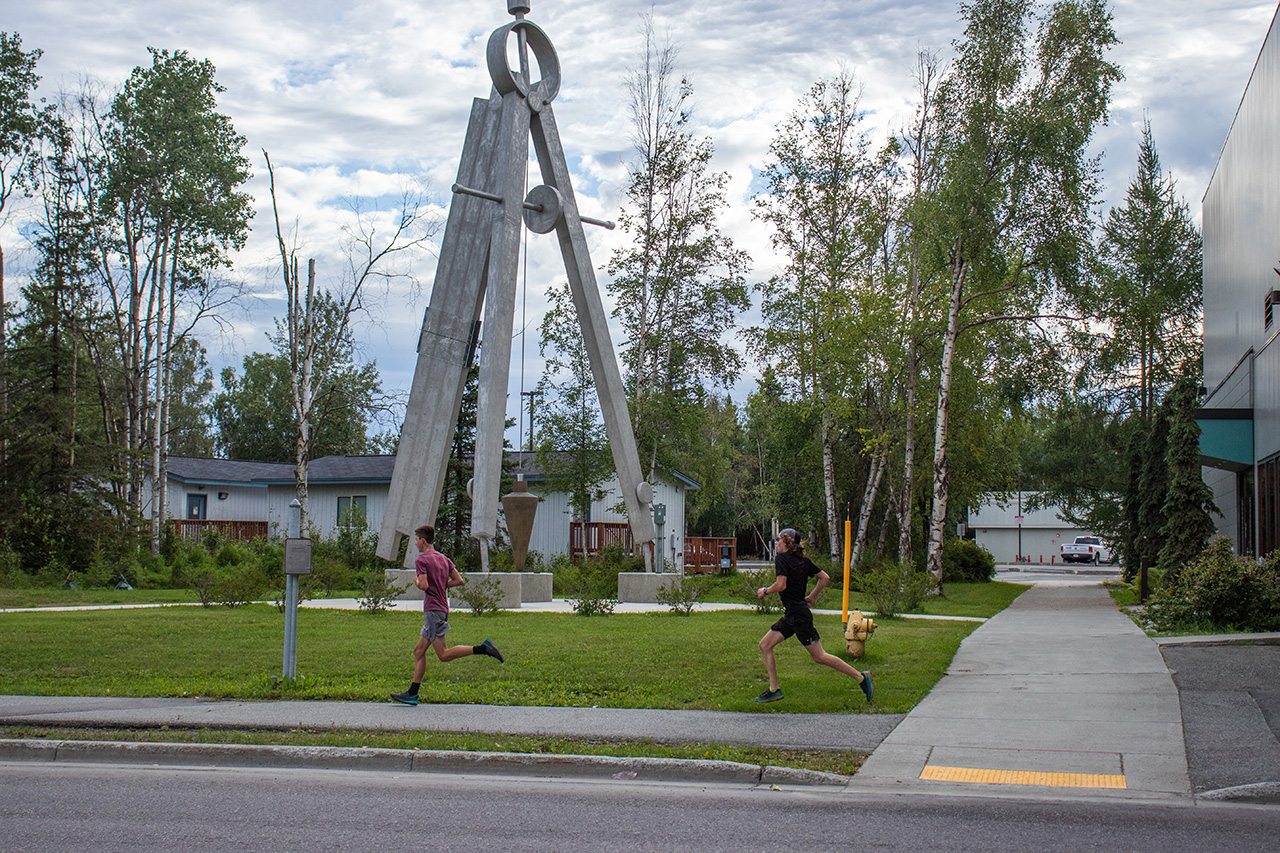 Both the 5K and 10K made their way north along UAA Drive. (Matthew Schmitz/The Northern Light)

The annual Alaska Distance Classic, hosted by Skinny Raven, was held Aug. 6 at the Alaska Pacific University campus. The event consisted of a 5K and 10K race, with an option for runners to do both.

The courses started and ended on the APU hill, making a loop through the heart of UAA’s campus. Several roads around the university, including Elmore, were shut down for the event.

According to Skinny Raven’s website, the race is one of the oldest in Alaska, dating back to the 1980s.

In an email, Mark Iverson with Skinny Raven wrote that some of the registration proceeds would go to support Special Olympics Alaska with 100% of donations being passed along to the organization.

The path of the 5K route headed down the APU hill and went along Providence Drive, taking a right on UAA Drive before looping around Goose Lake, sending runners back toward APU following a path between the Fine Arts Building and the ConocoPhillips Integrated Science Building.

The 10K followed a similar route to the 5K but broke off at Goose Lake, going along Northern Lights Boulevard and following the University Lake Trail back to campus.

The fastest time for the 10K this year went to Christopher Osiensky, completing the course in 33:18.

Krista Inscho was the fastest female, with a time of 42:49, coming in 12th place overall.

The fastest time ever for the Classic, according to Skinny Raven’s website, went to Don Clary in 1987 with a time of 28:35, beating Alberto Salazar, who still holds the 2nd-place record of 29:26 set in 1986.

According to Iverson, Skinny Raven has been hosting the event since 2013 and providing timing services since the year before. Iverson wrote that the course used to go from APU to the Park Strip before they started doing the loop route so that runners could double up.

Results for this year’s race can be found on Skinny Raven’s website.