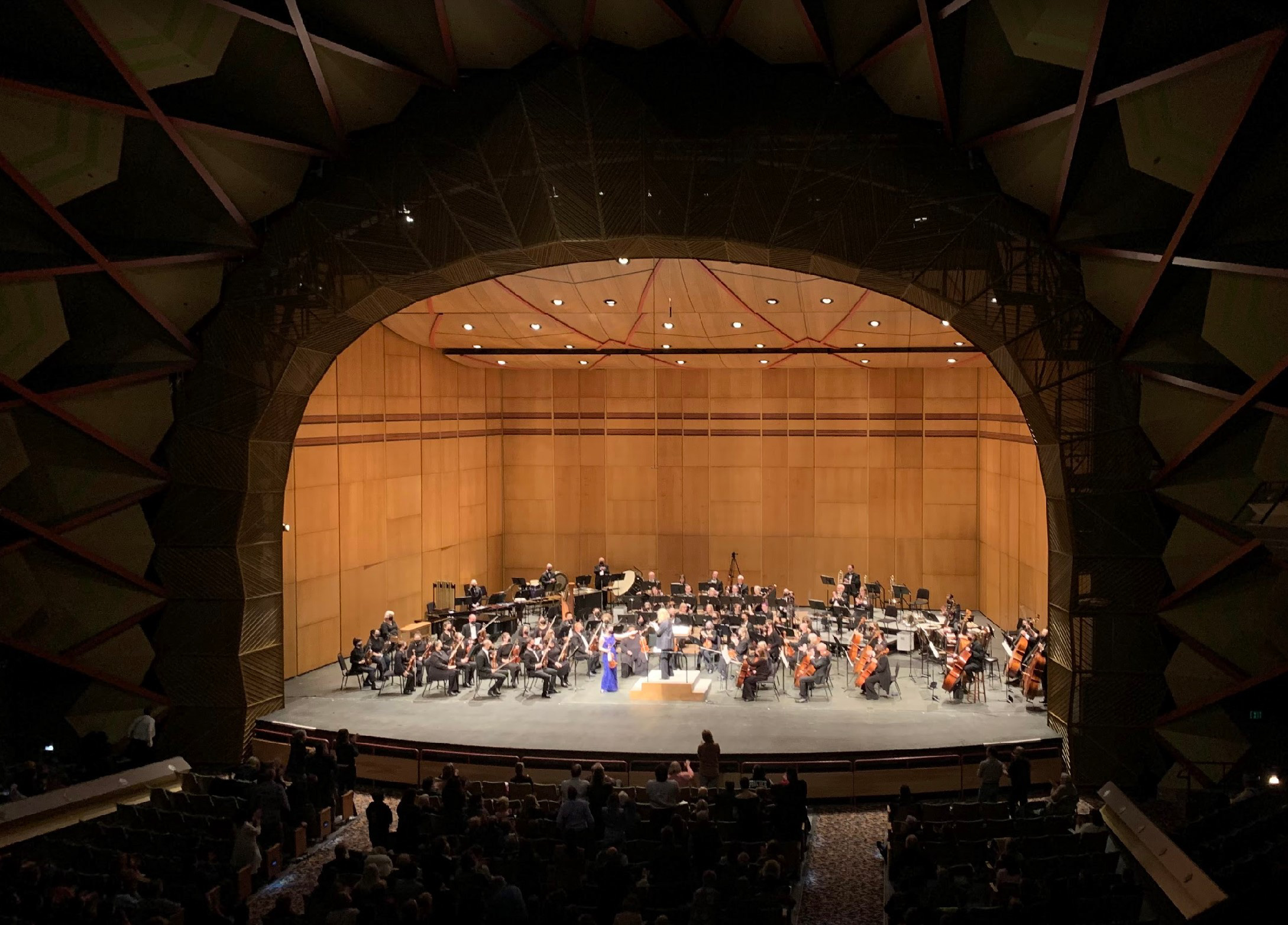 The Anchorage Symphony Orchestra opened their 77th season on Sept. 24 at the Alaska Center for the Performing Arts, featuring internationally acclaimed violinist, Bella Hristova. The audience welcomed Elizabeth Schulze as she took her place on the podium to direct her first classic concert as the orchestra's music director.

“I hope this whole concert will portray a portrait of America at our best but also with our warts and all, and show that we are quite extraordinary,” Schulze said to the audience. The concert did not disappoint in this regard.

Schulze programmed this evening as her musical introduction to the community according to an email sent by the Anchorage Symphony Orchestra.

The orchestra brilliantly performed Bernstein’s audience favorites like “Glitter and Be Gay.” Followed by a somber movement by composer Mary Watkins from her Five Movements in Color. The program included a powerful and passionate performance of Korngold’s Violin Concerto in D Major by Bella Hristova, a violinist. Finally, the program closed with a well known inspiration, Dvořák’s Symphony No. 9, “From the New World.”

The talented direction of Schulze and the grace of Hristova showed to be quite extraordinary, and the night ended with a standing ovation from the audience.

Opening Night was the first of several performances by the Anchorage Symphony Orchestra in their 77th season. The next performances are as follows; Aretha: A Tribute on Oct. 29, Bach & Beyond on Nov. 12, Silent Film Night on Jan. 14, Latin Vistas on Jan. 28 and Hidden Treasures on Feb. 25.. The season will conclude with a “Season Finale” on April 15.