No Big Heads in the Hugh McPeck Gallery 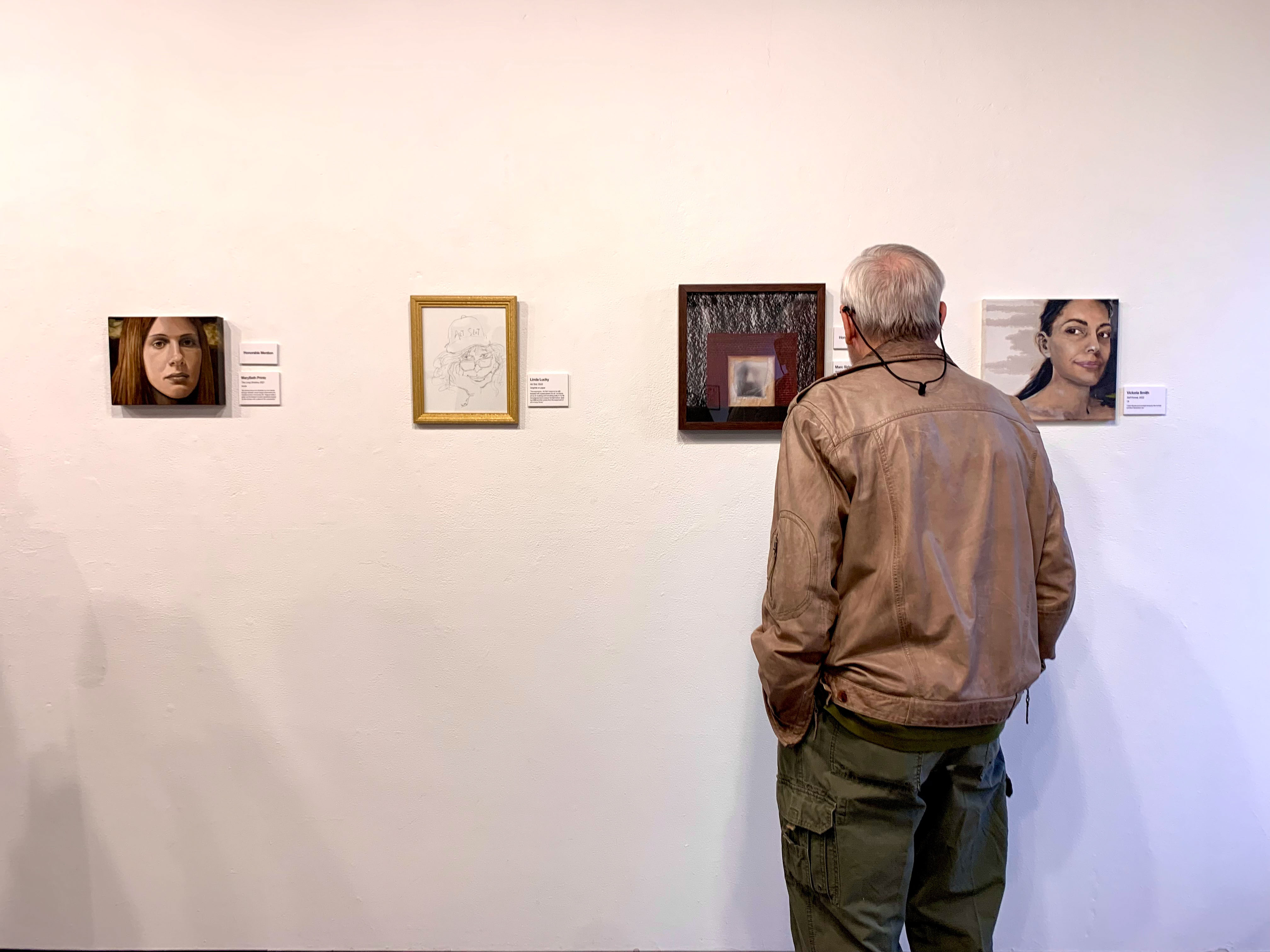 Self-portraits showcased in the Hugh McPeck Gallery as part of the No Big Heads art competition. Photo by Carlee Rizzo.

The 37th annual No Big Heads is being presented in the Hugh McPeck Gallery. This is a national self-portrait competition of limited size. There were over 70 pieces submitted, but only a number of them have been chosen to be included in the exhibit.

Many people attended the opening of the gallery to admire the work and to hear the awards presented by guest juror, Indra Arriaga Delgado. There was a general excitement in the room.

You could hear people around the room making profound remarks about the pieces of artwork.  The artists who submitted pieces were present and were posing with their artwork.

Self-portraits are important pieces in the art world. A self-portrait is meant to be an exercise for artists. It helps them get to know themselves better, but it goes beyond that. They are fragments of how they see themselves or fragments of what they want to be. This is something to keep in mind as you walk through the exhibit and admire their work.

Guest Juror, Indra Arriaga Delgado announced the pieces that received honorable mentions along with two pieces that would be awarded the No Big Heads Exhibit Award and the Juror’s Choice Award.

The honorable mentions included And the World May Never Know by Marc Sirinsky, Blue Me by Angela Liu, The Long Shadow by MaryBeth Printz, Self Portrait in the Bathroom by Delaney Rua and Tea Time by Oceana Wills.

These pieces of artwork are displayed with an honorable mention plaque in the gallery.

Joining them on display is the winner of the No Big Heads Exhibit Award, Myelinated Barf by Cassidy Johnson. This self-portrait helps us face the reality of the prevalence of mental health issues in our community.

Indra Arriaga Delgado says that she selected this piece because of its importance to our community. “So, I felt that it was an important piece … reminding us that there is this thing happening around us that we are all a part of and something that we all suffer from to some degree.”

The Juror’s Choice Award was given to Self Portrait as Spider Woman by Geralyn Montano. This piece featured a self portrait that explored the idea of different faces of oneself. There are faces we internalize and other faces that we show. “There’s an element of otherness that connects you to a bigger community, into a different experience,” said Indra Arriaga Delgado.

The No Big Heads will be on display in the Hugh McPeck Gallery through Nov. 3.