It’s time to make a change 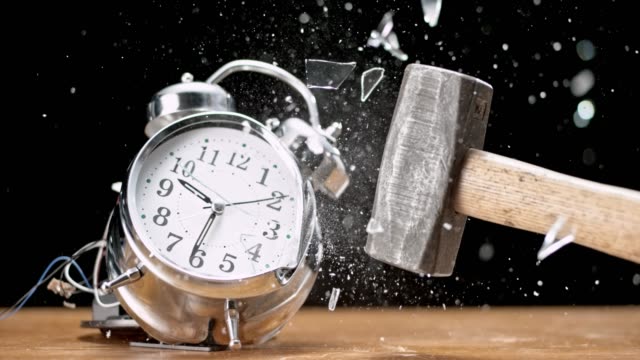 We’ve just gone through that dreaded time of year again when we “spring” our clocks forward, or as most people understand it, lose a precious hour of sleep. Here in Alaska, the yearly ritual seems particularly masochistic. We Alaskans already have, due to the extreme changes in seasonal daylight, a fragile internal clock and the change feels like a gut punch to that precarious sense of time.

It also doesn’t help that the hour loss, which pushes sunrise back an hour, makes it seem as if the dark, dreary months of January and February have viciously clawed their way back.

Perhaps equally frustrating is understanding what daylight savings time is, and why we have it. Simply put, there is “daylight savings” time and “standard” time. Over the winter months we operate under standard time. In March, we switch to daylight savings, and then back to standard in the fall. Under daylight savings, we turn the clocks forward an hour and this effectively pushes sunrise and sunset back an hour, giving us some extra daylight in the evening. We lose an hour of time but gain an hour of daylight.

Confused? Me too. Why is one called daylight savings and the other standard? I have no clue, and frankly don’t care. If it helps, think of the terms as “summer time” and “winter time”.

Why change the clocks? If you’re looking for an exciting moment in US history when advocates and dissenters dramatically debated the policy, you’re going to be sadly disappointed. We have it because Germany adopted it back in 1915 and three years later, we followed suit. What made the Germans think it was a good idea? No joke, efficiency.

The argument is as follows: if there is more daylight in the evening people will use less electricity; if the sun doesn’t set until 7:57 pm, then you don’t need to turn your lights on until then. This is still a popular argument for why we should use daylight savings in the summer.

The notion that it helps farmers is bogus by the way, they actually have fought against it, according to The Washington Post.

There have been other reasons offered up as to why it is beneficial. A paper in The Review of Economic and Statistics saw a reduction in crime following the change to DST. Also, a Danish study saw an 11% increase in patients with symptoms of depression right after the clocks were turned back in the fall. More light in the evening might help alleviate those symptoms.

This raises another thorny aspect of this tedious discussion: what time is better, standard or daylight savings? That’s right, if you want to end the biannual clock change you will need to settle on one, and each have their pros and cons.

As already mentioned, daylight savings time might help us use less energy, though according to an article in Scientific America, the idea is debatable.

The argument against daylight savings is that sunrise also gets pushed back an hour. The change was actually tried in the 70s and there was widespread complaints about the sun not rising until after 8am. As reported in the Washingtonian, parents did not like their children going to school in the dark.

Being a lifelong Alaskan, I can’t say I have much sympathy.

The main benefit of standard time is that the hours more closely align with people’s normal sleep cycle. This may help people sleep better, as reported in the Washington Post, by having the sun rise closer to when they would be waking.

Early birds would prefer this system too because it means earlier sunrises.

What is undeniable, whether you like standard or daylight saving, is the change itself is a real cause for concern. Studies have shown the feeling of a major disruption is entirely justified. There is a notable uptick in health-related problems surrounding the springtime change. Some include an increase in heart attacks, as described in a study by The University of Michigan, and strokes, studied by The American Academy of Neurology.

You know it’s worth considering when both Republicans and Democrats are agreeing that something should be done. The aforementioned statistics come from a joint op-ed on CNN’s website by Republican Sen. Marco Rubio and Democratic Sen. Edward Markey. Unfortunately, states cannot just decide to make these changes on their own, it has to be done through Congress. Only two states, Arizona and Hawaii, are exempt from daylight savings time (they operate under standard time year-round.)

The nightmare might be coming to an end, or just beginning, depending on your perspective. The Senate just unanimously passed a bill to make daylight savings time permanent. The news, as one might expect, has kicked off a debate along the lines previously described. It still must go through the House and be signed by the president. If the bill becomes a law, then daylight saving would become the new standard.

As for me, I would personally prefer Alaska to be under standard time year-round as it would give us more daylight in the morning, though I’m happy to try daylight savings time. If the sun rises at 10 am or 11 am in the winter, does it really matter? My main gripe has more to do with the disruption caused by the change itself, and if we must adopt daylight savings to put an end to that nonsense, I’m all for it.