Hold on to your popcorn, Regal Tikahtnu just opened a 4DX auditorium 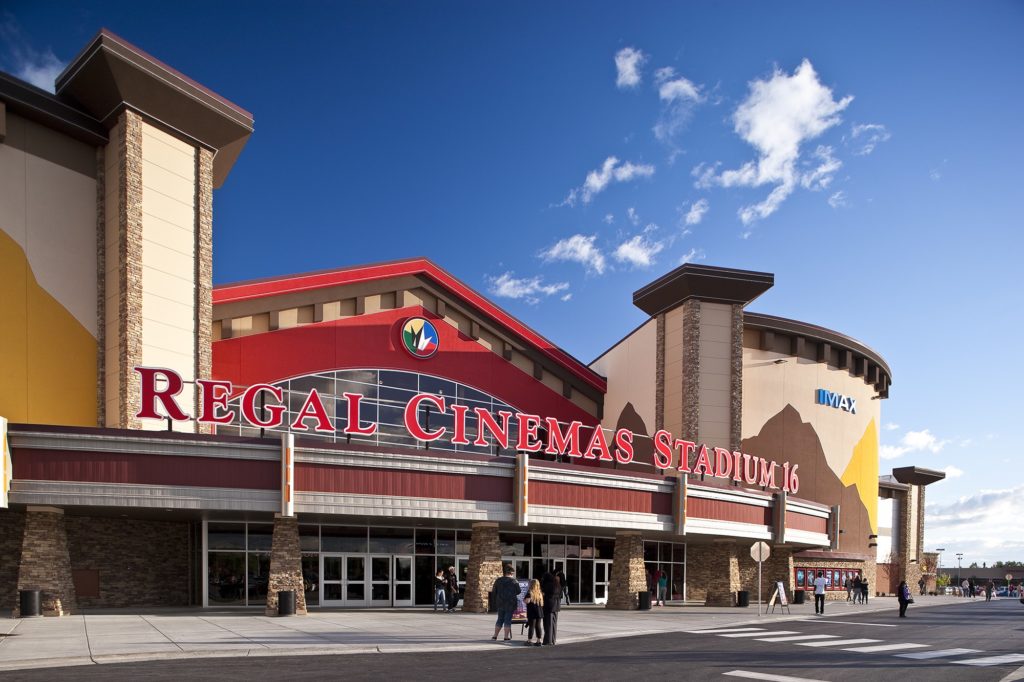 Moving seats, falling snow from the ceiling, and the wind blowing in your face. These are just some of the effects that movie goers can experience in the 4DX auditorium at the Regal Tikahtnu theater.

The first auditorium of its kind in Alaska, the newest addition to the Tikahtnu theater uses a variety of physical effects to bring the on-screen action to life.

The 4DX auditorium opened in August. To get a first-hand experience, I went to see the new action movie “Bullet Train,” starring Brad Pitt.

The movie follows several assassins, criminals, and mercenaries who all – apparently coincidentally – end up on the same bullet train making its way from Tokyo to Kyoto. The plot centers a crime lord, his son – who is also on the train – and a briefcase full of gold and money.

Each character has their own agenda that inevitably leads to violent, lethal conflicts. The movie is full of dark, facetious humor and the characters’ personalities often have an ironic twist, such as an anxiety-riddled assassin, who is constantly quoting his therapist, or the mercenary who categorizes people in terms of “Thomas the Tank Engine” characters.

It’s jam-packed with fight scenes, wild stunts, over-the-top special effects, and it offered a great opportunity to see what the 4DX system was capable of.

Entering the theater, the first thing that stood out was that the auditorium was divided into an upper and lower section. The seats were paired together in groups of four that would all move together.

The seats are reserved so you have to try and find your spot. While the rows are clearly marked, finding the exact seat was a little difficult because the seat numbers are listed as a range on the end of the four-seat group.

Lifted slightly off the ground, there is a stirrup-like footrest attached to the seats to help support your feet. In the armrest were cupholders and a button that let you turn “water on,” or “water off.”

There weren’t any effects during the previews, but they kicked in almost immediately once the movie started.

A common effect was for the seats to pan, tilt and move with the movie camera. Another common feature was for them to jerk violently whenever someone was punched or, at one point, hit by a scooter.

Pressure pads in the seats, like those on a massage chair, also jostled you about when there was some action on-screen.

In the headrest, there were openings that would shoot bursts of compressed air to the back of your head. Often these were employed in shootouts to simulate someone getting shot.

There were moments in the movie when a character would get wet, and this was simulated via mist clouds that were sprayed from a nozzle in front of you. This is the feature that the “water on/water off” button controls.

Some other effects were wind blowing whenever there were onscreen wind effects, snow falling from the ceiling in a snowing scene and strobe flashes during scenes that involved electricity or gunshots.

One gruesome effect was a “rain” feature that sprinkled water from the ceiling that made its appearance in scenes with copious amounts of blood splatter – the movie is rated R by the way.

While the movement of the seats paired up nicely with the camera movement, helping to create the sense of real motion, like on a theme-park ride, most of the other effects broke the fourth wall and shattered the illusion of the movie experience.

The pneumatic features were especially distracting because of the noise they made. If you’re the type of person who likes to curl up with a bucket of popcorn and get lost in the movie, 4DX probably isn’t for you.

Trying to hold onto the popcorn was also sometimes a challenge and being shaken about with a stomach full of soda and snacks wasn’t exactly pleasant. I would recommend skipping the concessions for these screenings.

There was also some anxiety generated while waiting for the next air blast or jerk from the seats, akin to the feeling of anticipation to a jump scare in horror films, so if that’s something you enjoy then this might be worth checking out.

Normal ticket prices for 4DX are $20.85 for adults and $17.55 for seniors and children. Tikahtnu appears to be showing “Dragon Ball Super: Super Hero” in the 4DX auditorium for the rest of August.