Back in action: Men’s basketball returns to Anchorage 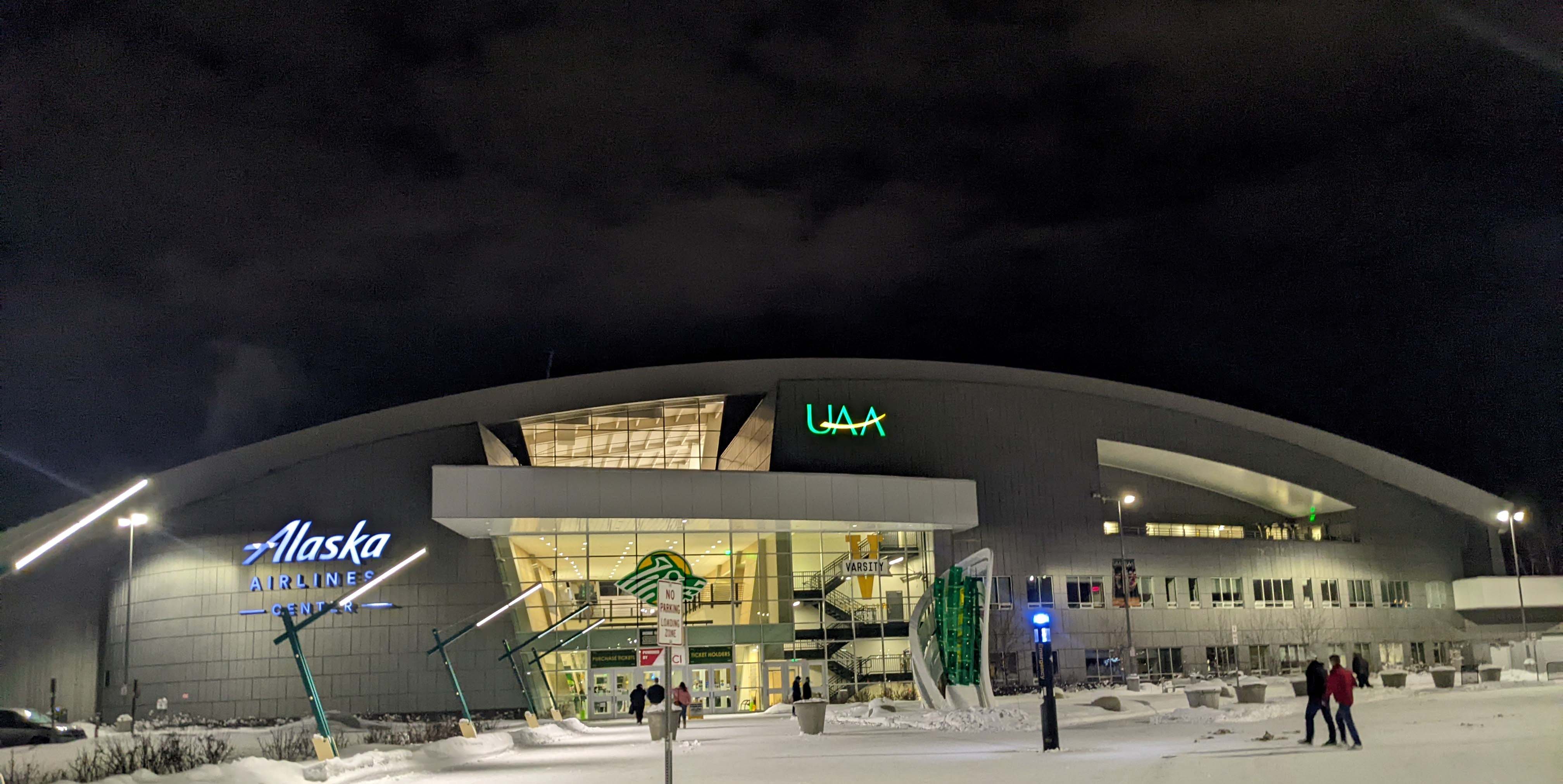 Fans of University of Alaska basketball rejoice! After cancellation upon cancellation hitting the University's men's basketball team’s attempts at playing a home game for weeks now, our players have triumphantly returned to the scene in a streak of three back-to-back wins.

Ever since the COVID-19 pandemic began, indoor sports venues were hit hard - large crowds in a small, confined space being quite literally the opposite of what most health experts were trying to get us to do. Even two years later, sports teams struggle for the right to play their games, and the Seawolves have been no exception. The previous six men’s basketball home games have been canceled due to covid-related reasons - the last time they were able to play a home game here at the Alaska Airlines center was back on December 30th, over an entire month ago, though they have been able to make it to a few away games during that period.

The triple-game week began on Thursday, February 3rd, with a match against Simon Fraser University, from British Columbia, making up for the canceled UAA vs SFU game in early January. An early lead for the Canadians swiftly shifted to a back-and-forth tie match, until nearly halfway through the second period when Alaska began to pull ahead. Oggie Pantovic led the field with a game-high 22 points, and ultimately, UAA defeated SFU with a significant lead at 71-59.

A few days later, UAA went head-to-head with Western Washington. The Seawolves took an early lead, and bar a tense few minutes near the end of the first period where it seemed WWU might take over, maintained that lead through the entire game, ending the night with the scoreboard reading 81-75. Once again, Oggie Pantovic led the scoring, with 30 points, 7 rebounds, and 6 assists to his name.

On Tuesday, Montana State Billings appeared on the court at the Alaska Airlines Center for a makeup game after their last matchup, on January 1, was canceled due to travel complications caused by weather issues. For the first time in the week, fans had a reason to worry, for Billings grabbed an early lead that lasted until the final seven minutes of the game, when the Seawolves were finally able to catch up. A powerful comeback left MSU Billings reeling, the game ending 64-57 in favor of the Seawolves. Tobin Karlberg held the game-high with 18 points, closely followed by Hunter Sweet with 17.

Men’s basketball now heads back on the road, towards Idaho on February 10, then into central Washington on February 12, and up to British Columbia on February 14. The next chance to catch a game at the Alaska Airlines center will be February 19, when both Men’s and Women’s basketball teams will play University of Alaska Fairbanks.