Will it bring lower prices or will consumers be at the mercy of a corporate giant? 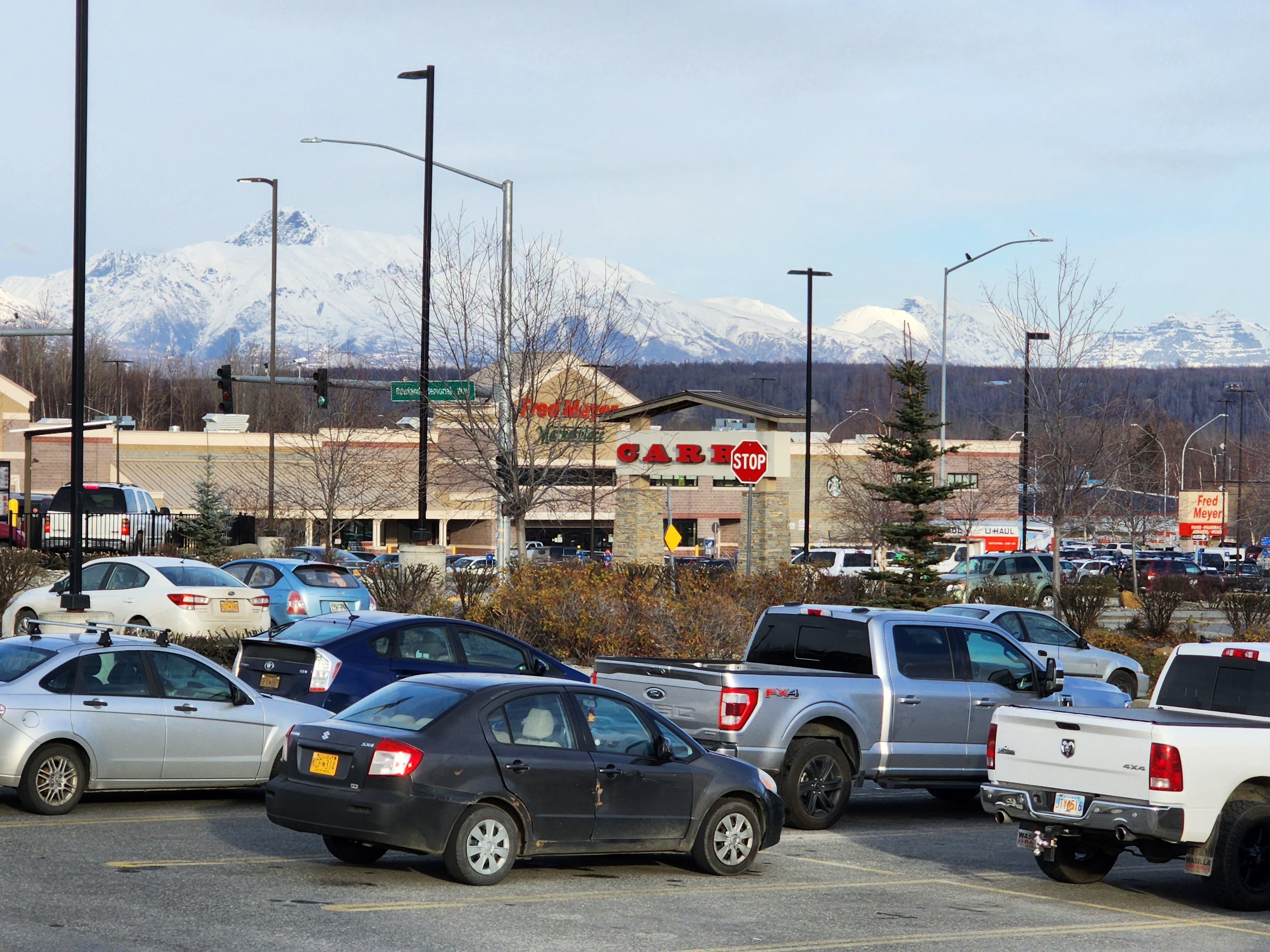 Fred Meyer and Carrs Safeway stores are often close to each other. This is in Palmer on the Palmer-Wasilla Highway. Photo by Kaycee Davis

Kroger and Albertsons, the parent companies of Fred Meyer and Carrs, are planning to merge. According to the Department of Labor and Workforce Development, Carrs/Safeway Alaska Division (operating under Albertsons) and Fred Meyer (operating under Kroger) were third and fourth place in the list of private employers in Alaska in 2010. FoodIndustry.com lists Kroger and Albertsons in fourth and fifth places in their top grocers, bested on both charts by Wal-Mart.

Kroger’s website says, “Kroger has a long track record of lowering prices, improving the customer experience and investing in its associates and communities.”  The new chain will be able to have near complete  monopolistic control of Alaskan food markets in Alaska’s largest cities.

The Washington Post wrote: “The combined company could pose a competitive threat to Walmart and Amazon, the retail and e-commerce giants that wield massive power in the grocery market. Kroger and Albertsons are two of the largest grocery store chains in the United States.”

The merger is raising eyebrows, particularly those of Sen. Bernie Sanders (I-Vt.), who has spoken out against corporate mergers. He wrote in a tweet, “At a time when food prices are soaring as a result of corporate greed, it would be an absolute disaster to allow Kroger, the 2nd largest grocery store in America, to merge with Albertsons, the 4th largest grocery store in America.”

“Grocery chains had been hit hard during the pandemic and supply chain crunches”, wrote the Washington Post, and the deal has been “facing bipartisan scrutiny.”

In a place such as Alaska, where Fred Meyer and Carrs-Safeway stores are often literally on opposite corners facing each other, it is a concern as to whether or not both stores will remain open. Alaska Business wrote, “As a condition of Safeway’s 1999 takeover of Carrs, several locations were divested, none of which remain in the grocery business today.”

Another concern is how this will affect the employees at the two groceries. According to Alaska Business, “Fred Meyer stores employ more than 3,300 Alaskans; Carrs-Safeway employs almost 3,000 at twenty-four stores statewide.”